‘A George Floyd Every 23 Minutes’: Fury at Refugee’s Brutal Murder at Rio Beach 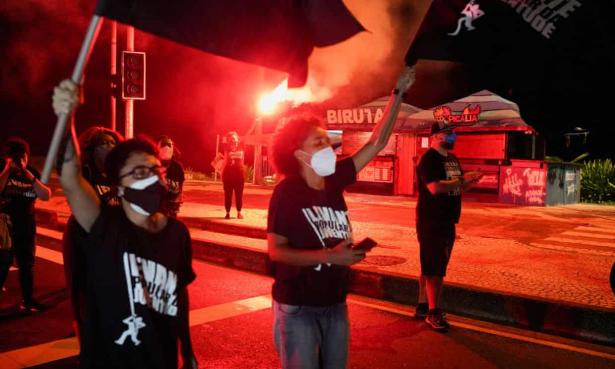 Thousands of demonstrators are expected to hit Brazil’s streets on Saturday to protest against the murder of a young Congolese refugee whose killing – captured in spine-chilling video footage – has caused an explosion of anger over deep-rooted structural racism and hate violence.

Moïse Mugenyi Kabagambe abandoned his home in the conflict-stricken city of Bunia, in the Democratic Republic of Congo, 11 years ago after his grandmother was killed. He sought shelter thousands of miles away in Brazil only to lose his own life last week, aged 24, after being set upon by a group of men on one of Rio’s best-known beaches, Barra da Tijuca.

Relatives say Kabagambe had gone there to demand 200 reais (£28) in unpaid wages from the seaside bar where he had worked informally as a waiter serving beach-goers.

Kabagambe sustained fatal chest injuries after being knocked to the ground and battered dozens of times with pieces of wood and fists. His hands and feet were reportedly bound after he was knocked unconscious.

One local newspaper ran images of the ferocious 24 January assault – which occurred just metres from some of Rio’s most exclusive beachfront hotels and condos – on its front page under the headline: “Cowardice. Savagery. Barbarity.”

“My cousin never hurt anyone, he was always smiling. It’s abhorrent. It’s a nightmare,” said his cousin, Chadrac Kembilu Nkusu, a fellow refugee who is considering fleeing to Canada because of the attack. 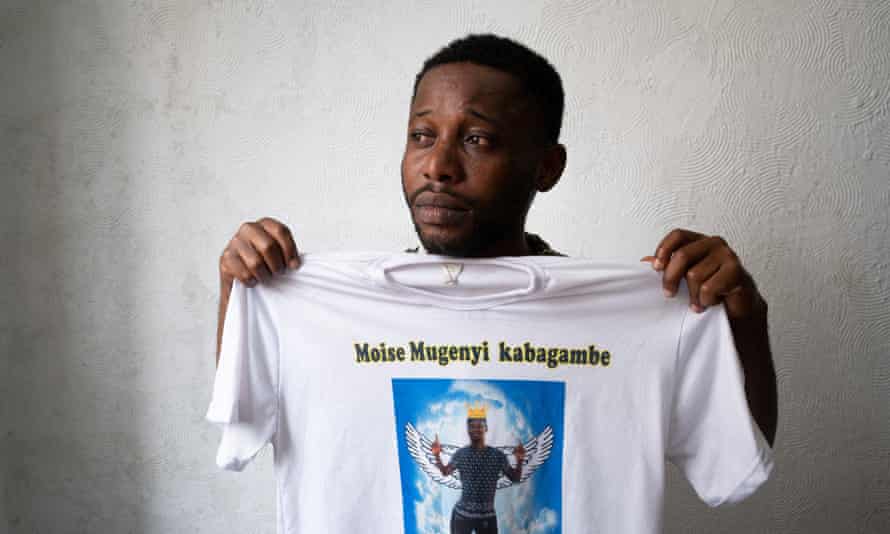 “Brazil is a mother, a country that embraces everyone. I cannot understand how this mother could have killed a son as good as Moïse,” Nkusu added.

So far three men have been arrested for a crime that has sparked a wave of revulsion from campaigners, politicians and celebrities.

“Brazil is a dangerous country for us black people. Beware!” tweeted Preto Zezé, a prominent black activist and impresario.

A supreme court judge, Gilmar Mendes, said the “deplorable scenes of hatred and barbarity” exposed the dangers of intolerance, racism and xenophobia.

On Saturday morning civil rights activists and citizens will rally at the crime scene, while demonstrations are also planned in cities including São Paulo, Recife, Belo Horizonte and Porto Alegre.

Douglas Belchior, a leader from the Coalizão Negra Por Direitos network which is helping organize protests, said: “The barbaric murder of black people is shamefully commonplace in Brazil … Here we have a George Floyd every 23 minutes. We have a Moïse every 23 minutes. We are constantly being killed.”

Wiping tears from his eyes, Belchior spurned the notion that his country offered a safe sanctuary for black refugees. “The image we sell of Brazil is a lie. It’s not true that we are a mother who offers shelter. Brazil is a country of race war. What’s happening here is a war – black people die every single day. It is a state of terror – and we have to expose this.”

Brazil’s far-right president, Jair Bolsonaro, who owns a home a few minutes’ walk from the murder scene, has remained silent over Kabagambe’s killing – although he did find time to wade into the row over Spotify and Covid misinformation. “Stand your ground! Hugs from Brazil,” Bolsonaro tweeted at the controversial podcast host Joe Rogan on Thursday.

But the former leftist president, Luiz Inácio Lula da Silva, condemned the “cowardly murder”. “This isn’t normal. This isn’t human. It’s the result of a country that is being governed by a fascist,” Lula said, blaming Bolsonaro’s radical administration for the climate of violence. 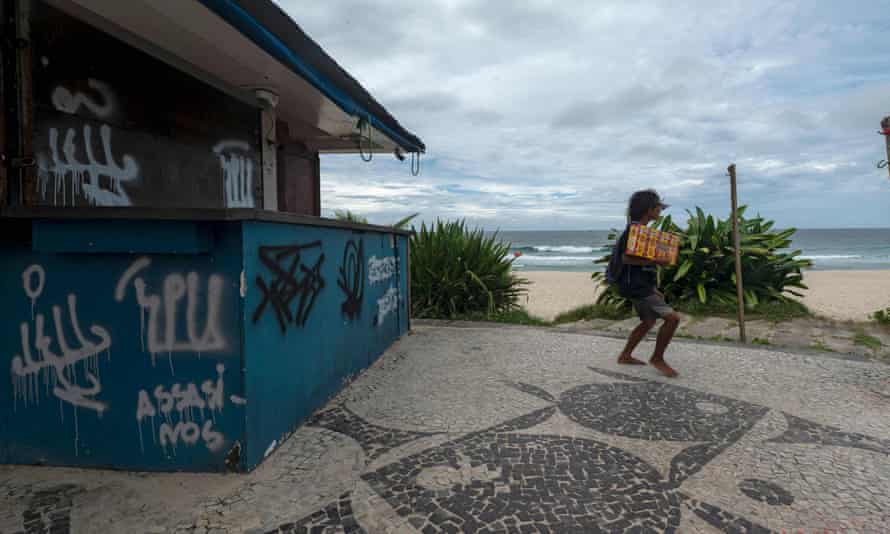 Activists believe the roots of Kabagambe’s murder run much deeper, describing the killing as part of slavery’s malignant legacy in a country that received nearly 5 million enslaved people from Africa.

Belchior said: “Brazil is a country built on slavery. It’s the country that endured slavery for the longest, was the last in the Americas to abolish it – and the way Brazilian society was organized post-slavery was designed to perpetuate the social dynamic by which black people were subjected to the slave owners’s way of thinking.”

Wesley Teixeira, a Rio-based activist and educator who will attend Saturday’s protest, said the murder exposed “the open wound of slavery”. Teixeira voiced bewilderment nobody had intervened to stop the attack: “Brazilian society sees a black body splayed out on the floor, dead, and carries on drinking … as if it’s all completely normal.”

Belchior said all of Brazilian society – rather than just black people and movements – needed to mobilize if such killings were to be stopped. “There wouldn’t be space in the news for any other topic if this was a white person from Europe or the US. But it was an African person from the Congo – so no sweat,” he said.

“This is sickening and it is intolerable. I feel great anger, but sadness too – because there is nothing to suggest that very soon the same thing won’t happen again.”