tv The Afterparty Is a Comedy Murder Mystery for Millennials

The Afterparty is just one of several new comedies about stressed-out millennials finding themselves trapped in a murder mystery. So what is it about this generation that makes them all want to star in an Agatha Christie story? 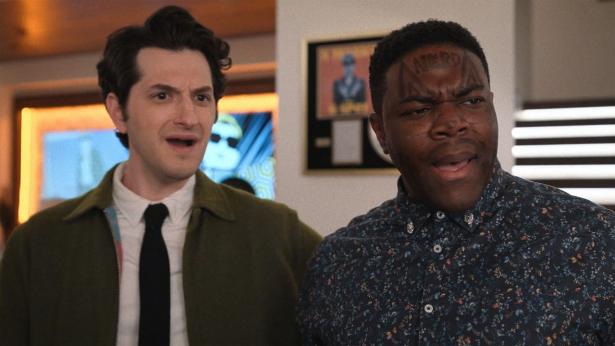 The Afterparty is the latest comedy murder mystery, part of a subgenre trend that includes HBO Max’s Search Party and the 2019 film Knives Out, which was such a huge hit that Netflix recently paid a shocking $450 million for the rights to make two sequels.

There’s also the successful Hulu series Only Murders in the Building, which just got renewed for a second season, and the new Netflix series Murderville, based on a BBC favorite called Murder in Successville. The American version for Netflix stars Will Arnett as a tough detective who’s saddled with a new partner every week. The improv-comedy catch to the whole scenario is that each new partner is a celebrity — Sharon Stone, Marshawn Lynch, Kumail Nanjiani, Annie Murphy, Ken Jeong, Conan O’Brien — who hasn’t read the script and has to ad-lib their participation in the case.

I know all this because I suffer from the common addiction to murder mysteries, especially the corny old-fashioned whodunnit type that Agatha Christie used to write. This genre has zero cool factor and no cachet whatsoever, so it’s a relief to have it combined with comedy. That way you can pretend to be less seriously invested in finding out whodunnit.

The Afterparty is an eight-episode series on Apple TV+, and it’s such slick, light, amusing entertainment, you barely know it’s happening to you, which is a good thing in our current perpetual state of crisis. Weightless distraction, with just enough happening onscreen so you can bear whatever else is going on in your life.

Produced by Phil Lord and Christopher Miller, the filmmaking duo behind The Lego Movie and 21 and 22 Jump Street, and created and directed by Miller, The Afterparty is about a murder committed following a Bay Area high school reunion. The afterparty in question is held at the swanky cliffside home of the class alum who made it biggest in life, Xavier (Dave Franco). He’s an obnoxious pop star who arrives at the reunion in a helicopter, then tells everyone standing around applauding him, “No, this isn’t about me! I’m just here to re-une with all you ordinary people!”

Of course he winds up dead. What follows is a classic whodunnit plot in which everyone has a reason to want to kill this appalling person.

During the subsequent murder investigation, each of the party guests is interviewed by film buff Detective Danner (Tiffany Haddish), who has one night to solve the murder before another detective is brought in to take over the case. She has a theory of crime investigation that was inspired by show creator and director Christopher Miller’s love of the film Rashomon: Danner tells the suspects, “We’re all stars of our own movie. . . . I want to hear your mind movie!”

Once a suspect starts narrating, each episode is shot from that character’s point of view in a different filmmaking genre. Morbidly self-serious Indigo (Genevieve Angelson) shows us how this is going to work in the first episode, when she narrates a short, grim, arty, black-and-white independent film that gets quickly shut down by Detective Danner — after all, it’s the least popular genre.

Ilana Glazer as Chelsea in The Afterparty. (Apple)

Then the episode is taken over by the first main suspect, sweetly “adorkable” Anqi (Sam Richardson of Veep and Detroiters), who tells a rom-com story about how his high hopes of reuniting with his former chemistry lab partner, Zoe (Zoë Chao), went poignantly awry after Xavier moved in on her. Macho jackass Brett (Ike Barinholtz of MADtv, Eastbound & Down, and The Mindy Project), Zoe’s estranged husband, gives us an action film account of the evening, shot in desaturated bluish light and packed with car chases and violent homoerotic confrontations. Clueless Yasper (Ben Schwartz of Parks and Recreation), who had dreams of reuniting with his old bandmate Xavier so he too could become a singing sensation, sees everything as a music video starring himself.

If this sounds like it’s working at the basic level of a clever undergraduate film, well — fine. But I used to grade those films, and believe me, you get to the point where you welcome any evidence of an idea, any plan whatsoever to have an impact that’s carried out with any degree of competence. And commercial media gets more like undergraduate work every day, so “clever” not only passes, it gets an A+. That’s grade inflation for you.

The actors are talented and some are very funny. Tiffany Haddish keeps the tempo up as the sardonic cop, and she can get away with lines like, “Get the cornstarch, the plot is about to thicken.”

Sam Richardson is great as Anqi, artfully combining a burly physique with a high-buttoned shirt, an intellectual manner, and massive insecurity. Jamie Demetriou of Fleabag finds the perfectly creepy way to play Walt, the dangerously passive-aggressive guy nobody remembers from high school. And as the manic twerp Yasper, Ben Schwartz performs songs in his music video memories that are surprisingly catchy and entertaining, including the rap ditty that speaks to the dreams of high school reunion attendees hoping for another chance to succeed in life, entitled “You Only Get One Shot Twice.”

This theme of second chances sought by depressed thirty-somethings is the key characteristic of a new subgenre, according to critic Olivia Rutigliano. Noticing the proliferation of comedy murder mysteries such as The Afterparty, she argues that it’s an example of what she calls the “millennial whodunnit,” which liberates stressed-out, overworked thirty-somethings who are given a new lease on life via participating in a murder mystery, for them an “empowering event,” but one that “disorients characters into feeling like they’re living inside a production.”

And to that I say, Sure. Why not. Though I’m not a millennial, I think I suffer from an almost millennial level of burnout — at least enough to vicariously enjoy “an escapist fantasy of control.” And after the last couple of years, who can’t relate to that?

OUR NEW ISSUE IS OUT THIS MONTH. SUBSCRIBE AT A SPECIAL RATE AND DON’T MISS IT.