film Are Latinos Rewriting the Script?

Latino stories are being told in volumes not seen in recent memory. For those following a decades-long quest for greater opportunities in Hollywood, there are signs that 2022 could be the year the Latino storyline is finally rewritten. 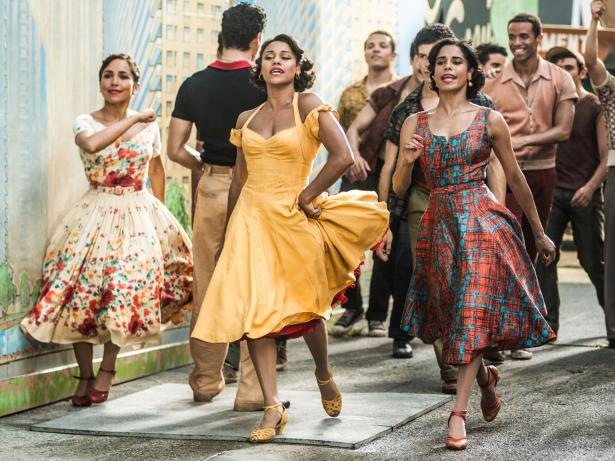 From movies set in the enchanted mountains of Colombia to the gritty streets of New York’s West Side, Latino stories are being told in volumes not seen in recent memory. For those following a decades-long quest for greater opportunities in Hollywood, these are signs that 2022 could be the year the Latino storyline is finally rewritten.

“I couldn’t wait to wake up this morning to see how many of us got in,” said veteran actor Pepe Serna on the day the Oscar nominations were announced. Serna is a prolific actor, having appeared in over 100 films including “American Me,” and “Scarface.” “Why it’s so important that the Oscars have finally nominated us is because we need to be seen–we need to be appreciated by Hollywood,” Serna explained.

“This is the first year where I can honestly say, ‘okay, it’s happening. There are more roles. There’s more work,’” said Bel Hernández, founder and publisher of “Latin Heat,” a digital entertainment magazine and the host of the multi-platform show, “TheTRENDTalk.”

“I’m very pleased,” Hernández said, upon learning of the record number of Latino Oscar nominations. Hernández, a former actress, has been on the front lines in the fight for meaningful roles and decision-making power for Latinos in the film industry. “I’ve been in the trenches fighting for this, advocating for this.”“In The Heights" is a musical drama that tells the story of Latino residents in New York's Washington Heights neighborhood.

The animated movie “Coco,” released in 2017, for example, was perhaps a bellwether for what was to come. The film won two Academy Awards and included the collaboration of a number of Latino artists, including actors Edward James Olmos and Cheech Marin.

Industry insiders say this current wave of accolades for Latino creatives in Hollywood actually started a few years ago and accelerated with the 2021 releases of “In the Heights,” “Encanto” and “West Side Story.” And by year’s end, the Library of Congress had inducted Latino-themed films “Selena,” “Chicana,” and “Requiem 29,” into the National Film Registry.

The 2022 awards season then kicked off with the Golden Globes, Critics Choice, and Screen Actors Guild Awards either recognizing or nominating several Latinos for acting, directing, and more, signaling more good news.“I think there are changes happening—we are trying our hardest,” said Jenniffer Gómez, a writer and producer whose credits include the series, “Vida.” Gómez is represented by Redefine Entertainment, a literary management company whose roster largely consists of creatives of color.

“I think there is a lot more to be done, but the fact is right now among (my personal circle of Latina writer friends) there are 18 of us who are either showrunners or have shows in development, or who are soon to be showrunners. And I don’t think there were that many before.”

Greater diversity is also more evident in television programming. “Alma’s Way,” an animated series focusing on a Puerto Rican family in New York, debuted in late 2021, on PBS Kids, and “Gordita Chronicles,” a series based on the story of a young Dominican girl in Miami, has been picked up by HBO Max.

The new year also marked the premiere of “Promised Land.” The primetime ABC series tells the saga of a successful Latino family vying for power and wealth against the backdrop of Sonoma, California’s wine-growing region and its immigrant population.

“It’s a story very much about the pursuit of the American Dream,” said Matt López, the show’s creator, and showrunner. “It’s a chance to tell an immigrant journey and an immigrant experience at two different points.”“Promised Land” is an epic generation-spanning drama about two Latino families.

López says that “Promised Land” airing on ABC represents a step forward for Latino projects not only because of the heavily Latino production team, but also as acknowledgement of a growing Latino presence in the entertainment marketplace. “Latinos make up such a large part of the fabric of this country. If you look at it from a strictly business standpoint, it just makes good economic sense.”

John Gibson, vice president for External and Multicultural Affairs at the Motion Picture Association, said a new entertainment industry landscape that includes more Latinos is the result of long and diligent work toward inclusion.

The future looks bright for Latinos in Hollywood, Gibson added. “We have a long way to go, but we’ve made tremendous progress over the last decade, where we (people of color) are starting to see ourselves holistically and not just the worst stereotypes. We have everyday heroes. Let’s tell those stories.”

Saida Pagán is a Los Angeles-based, award-winning journalist and 2021 recipient of two first-place awards from the National Association of Telecommunications Officers and Advisors. Saida was born in New York City and is of Puerto Rican descent. She has reported in cities across the United States and holds a master’s degree with distinction in Strategic Communication.