The vote could pave the way for what would become the first unionized store for this Seattle-based outdoor equipment and apparel company which employs 15,000 workers across the country. 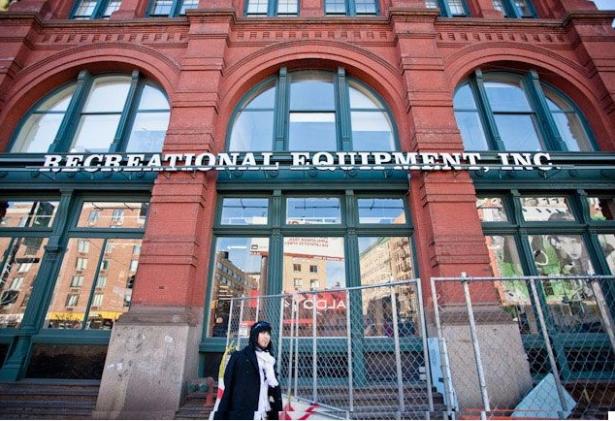 More than 100 retail workers at the national outdoor gear chain Recreational Equipment, Inc. will decide whether to form a union during an in-person vote on March 2, paving the way for what could become the company’s first unionized store.

The workers are campaigning to join the Retail, Wholesale and Department Store Union in order to help workers address issues related to wages, paid-time off scheduling, training and workplace safety concerns, organizers said. Union organizers announced the vote Wednesday night and records from the National Labor Relations Board confirmed the election will be held throughout the day in the breakroom of the SoHo REI store with the results expected later that evening.

Steve Buckley, a union organizer who works as a retail sales specialist at the SoHo shop, spoke with other organizers at a Zoom press conference on Wednesday evening, saying workers “need to have a true seat at the table.”

The Seattle-based outdoor equipment and apparel store with around 15,000 employees across the country, bills itself as a cooperative model, where membership is encouraged and members receive company dividends each year in the form of discounts. Despite that, the company said it is opposed to the workers forming a collective of their own.

In a statement, REI said the company supported unions in other workplaces where, “employees do not have a voice,” but added that it didn’t think a union was the “right thing” for its employees.

“The presence of union representation will impact our ability to communicate directly with those employees and resolve concerns as they arise,” the company said in a statement.

When it comes to the employees wanting to have a voice, that’s a big no no.

Organizers said workers at the SoHo store have so far been subjected to textbook union-busting tactics, including captive audience meetings where workers are dissuaded from unionizing. They also said workers have been pulled aside and “berated” for their activity.

“It’s pretty ironic,” said Claire Chang, a retail sales specialist at the store, who mentioned the company’s emphasis on the cooperative model. “When it comes to the employees wanting to have a voice, that’s a big no no.”

The company has also posted anti-union flyers and brought in corporate leadership to pressure staff against unionizing, organizers said. The company’s President Eric Artz went so far as decrying the union in a Feb. 3, company podcast episode.

“The very essence of a co-op is actually contrary to [a union] because, in a co-op, we turn towards one another,” he said on the podcast. “That does not mean we agree on everything. That means we come together based on shared beliefs, our common expectations and we work together to solve problems.”

Records from the National Labor Relations Board indicate the SoHo election is REI’s first ever union vote. In 2016, however, REI workers in Seattle organized for wage increases, though it never led to a formal unionization.