Band-Aid on a Tumor 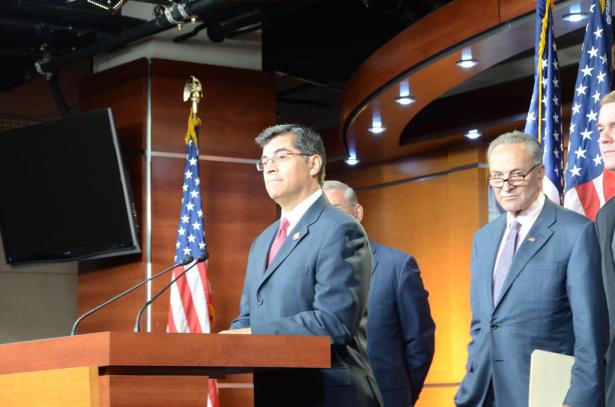 Rejecting pressure to terminate the program in its entirety, the Biden administration on Thursday announced it is redesigning a Trump-era experiment that physicians and progressive lawmakers have criticized as a scheme to fully privatize Medicare.

Instead of ending what's known as the Direct Contracting model, which the Trump administration officially launched in 2020, the Centers for Medicare and Medicaid Services (CMS) gave the program a new name: ACO REACH, which stands for Accountable Care Organization Realizing Equity, Access, and Community Health.

In addition to the name change and fresh veneer—a step in line with the healthcare industry's call for a "rebranding"—CMS said the program will now span four years instead of eight and will include requirements aimed at ensuring "transparency" and "equity."

The changes are slated to take effect on January 1, 2023.

Physicians for a National Health Program (PNHP), a doctor-led group that has spearheaded the opposition to Direct Contracting, was far from satisfied with the Biden administration's changes, which the organization argued are more cosmetic than substantive.

"ACO REACH is Direct Contracting in disguise," said Dr. Susan Rogers, an internal medicine physician and president of PNHP. "This new model doubles down on Direct Contracting's fatal flaws, inserting a profit-seeking middleman between beneficiaries and their providers."

Under Direct Contracting, so-called Direct Contracting Entities (DCEs) were paid monthly by CMS to cover a specified portion of a patient's medical care. DCEs—the majority of which are currently controlled by investors, not healthcare providers—are allowed to pocket funds they didn't spend on care.

In a statement, PNHP—which has implored the Department of Health and Human Services (HHS) to fully halt the program—outlined how the revamped pilot "perpetuates the dangerous flaws" of the Trump administration's Direct Contracting experiment:

"You can't slap a band-aid on a tumor and call it cured," said Rogers. "Direct Contracting—and now ACO REACH—threatens the health of beneficiaries and the future of Traditional Medicare. As physicians committed to the health of our patients, we urge HHS to abandon this rebranding effort and focus the agency's efforts towards strengthening and protecting Traditional Medicare."

CMS unveiled its raft of changes to the Medicare experiment just over a week after a coalition of industry groups—including active participants in the Direct Contracting program—requested that the Biden administration "fix" the model instead of ending it.

The industry organizations suggested that "a rebranding and name change would... help communicate how this model is part of the evolution to accountable care."

CMS is headed by Elizabeth Fowler, who has previously worked at Johnson & Johnson and WellPoint, Inc.—now known as Anthem, one of the largest private health insurance companies in the United States.

While CMS said Thursday that it took into account "feedback received from participants and stakeholders," the new ACO REACH program is more in line with industry demands than those of physicians, grassroots advocacy groups, and progressive lawmakers.

"Changing the name doesn't change the fact that the Direct Contracting program is backdoor privatization of Medicare," Alex Lawson, executive director of Social Security Works, said in a statement. "This dangerous experiment must be stopped before it further harms the health of vulnerable seniors, eats into the Medicare Trust Fund, and destroys traditional Medicare."

"DCEs and their investors—which include private equity firms—are focused on generating profits," added Lawson. "They are incentivized to deny and delay care as much as possible. There are no changes that can address that fundamental flaw at the heart of the program. President Biden must protect older adults and people with disabilities by ending the direct contracting program immediately."

Rep. Pramila Jayapal (D-Wash.), who earlier this month led more than 50 House Democrats in urging Biden to cut off the program, said Thursday that she will "continue to fight tooth and nail against any and all efforts to privatize Medicare."

"Trump-era Direct Contracting is a major threat to Medicare coverage, hidden in bureaucracy," said Jayapal, the chair of the Congressional Progressive Caucus. "While I'm glad to see the administration taking steps to redesign this flawed program, I am disappointed that these changes will not be enacted for 10 months and that there are no limits on how many seniors are funneled into this experimental model. More needs to be done."