The attorney general’s office will seek to apply the state’s price-gouging law to opportunistic price increases that use high inflation as an excuse. 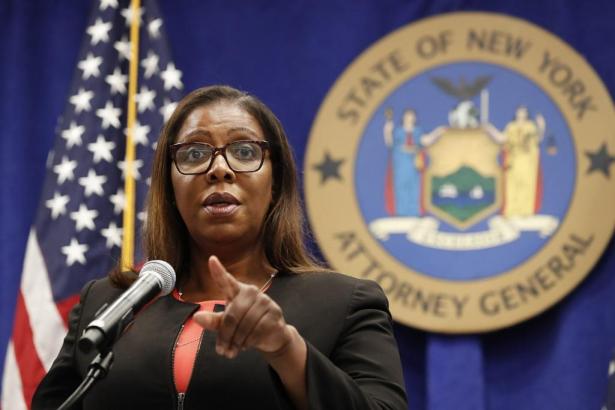 The attorney general’s office will seek to apply the state’s price-gouging law to opportunistic price increases that use high inflation as an excuse., Kathy Willens/AP Photo

New York Attorney General Letitia James has announced that her office will write new rules under the state’s General Business Law aimed at preventing opportunistic price-gouging during a time of high inflation.

The effort builds on a growing body of evidence from corporate earnings calls that companies are using inflation as an excuse to raise prices well above input cost increases caused by supply chain disruptions. The announcement highlights these opportunistic price increases for beef, diapers, toothpaste, coffee, and other staples, as well as soaring profits from global ocean shipping and energy companies.

“Throughout the pandemic, hardworking New Yorkers have been struggling to make ends meet, but big corporations have been celebrating record breaking profits,” James said in a statement. “It doesn’t add up. My office is prepared to use every tool in our toolbox to crack down on price gouging and pandemic profiteering.”

The rulemaking is being directed by Zephyr Teachout, the former congressional and gubernatorial candidate in New York who joined the state attorney general’s office in January as a senior counsel for economic justice. Teachout has written books about corruption and monopolization.

There’s been a raging debate at the federal level over how much corporate price-gouging is contributing to the increase in the cost of basic goods. The White House has stepped out in a couple of instances to chide meatpacking oligopolies for raising grocery prices while prices for cattle and hogs and chickens remained stagnant. The Justice Department is also inquiring into chicken companies sharing information on worker wages to hold down labor costs. In the State of the Union address, President Biden announced a new effort to crack down on the record profits of the ocean shipping cartel.

But others within the administration haven’t bought into the message, neutering the White House response. This, despite numerous instances on corporate earnings calls where CEOs boast about their “pricing power,” meaning the ability to raise prices without losing customers. Reporting from The Wall Street Journal identified 100 large publicly traded companies that enjoyed profit margins that were at least 50 percent higher than 2019 levels. Federal economic data also shows a significant spike in corporate profits in 2020.

In New York, the General Business Law, which was amended and expanded in 2020, prohibits companies from “unconscionably excessive” price-gouging “during any abnormal disruption of the market.” The statute includes all actors in the supply chain for any essential goods (including manufacturers, retailers, shipping firms, and e-commerce platforms), and calls for significant civil penalties for violations against consumers, small businesses, and state and local governments.

Through writing a rule applying this circumstance to the pandemic and the associated supply chain disruptions, the state could cite companies that have been all too public about their profit-taking from price increases.

The notice of proposed rulemaking notes that New Yorkers saw price increases in 2021 of 39.6 percent for gasoline; 41.6 percent for used cars and 18.4 percent for new cars; 16 percent for meats, poultry, fish, and eggs; and 21.4 percent for household energy. The rulemaking would set up the standards by which some or all of these price increases would constitute price-gouging during a time of disruption. Similar to the White House emphasis, the notice cites the beef and ocean shipping industries specifically and at length. Supermarkets, fast food, auto dealers, oil and gas, and lumber are also referenced.

The notice points out that concentrated industries have more wherewithal to raise prices while using inflation as an excuse, because consumers have no alternative options for what in many cases may be necessary goods. On the point, the notice cites reporting in the Prospect.

The state attorney general’s office is seeking public comment on the issue by April 15, and has set up a special email address to submit them. New price-gouging rules would be issued after a notice and comment period over the next several months.

The rulemaking is the first at the state level to tackle potential corporate price-gouging. Polling shows that a majority of the public holds corporations responsible for profiteering.

In a statement to the Prospect, Groundwork Collaborative executive director Lindsay Owens said that “Americans facing price hikes at the checkout line don’t have time to wait for economists to finish debating where inflation comes from.” She praised James for “making clear that she’s not going to sit by while corporations gouge consumers, and she’s paving the way for the feds and other states to follow suit.”

Local officials in New York who helped pass the amendments to strengthen price-gouging laws in the state also welcomed the announcement. State Sen. Kevin Thomas said, “I commend Attorney General James for taking a stand against price gouging and corporate greed, diligently looking out for consumers, and ensuring that bad actors cannot use the pandemic to enrich themselves at New Yorkers’ expense.”

Become A Member of the American Prospect. Pledge to support fearlessly independent journalism by joining the Prospect as a member today. Every level includes an opt-in to receive our print magazine by mail, or a renewal of your current print subscription.