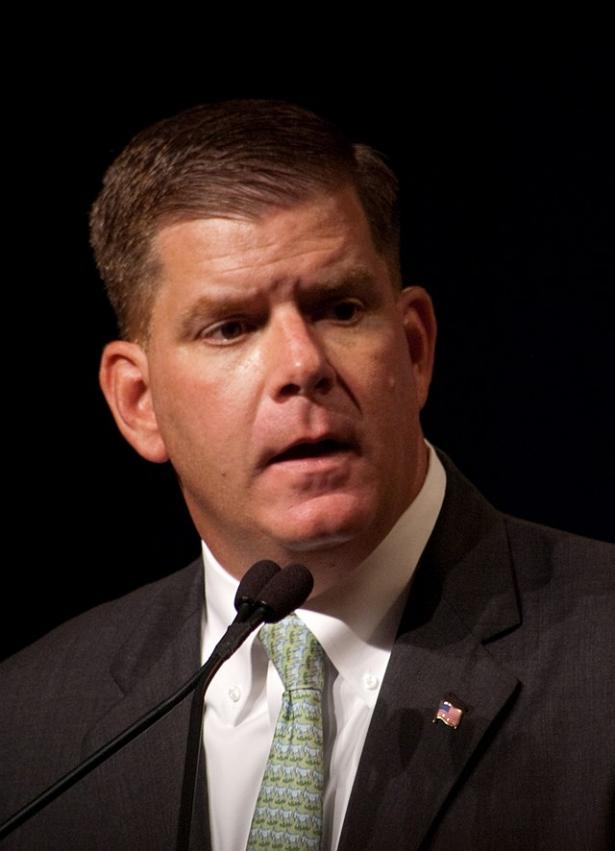 President Joe Biden broke decades of precedent when he tapped a former union leader to head his Labor Department.

A year later, that isn’t the only way that Marty Walsh has reshaped the role of Labor secretary. The former president of the Boston Building and Construction Trades Council has taken a hands-on approach rarely seen from sitting Cabinet members — walking a picket line, helping to resolve at least one labor dispute and saying he’s eager to help with others even before they escalate into full-blown crises.

“I have a personal history of intervening in labor negotiations and not negotiating for people: let them negotiate, but sitting at the table,” Walsh, a former Boston mayor, said in an interview. “I want to get to the table before that, before it goes bad, if I need to.”

Labor leaders are happy with that philosophy. Walsh “has taken a very hands-on, proactive approach to these strikes,” AFL-CIO President Liz Shuler told POLITICO. “He’s been out on picket lines. He works behind the scenes.”

“A lot of people think if it’s not out in the news, it’s not happening,” Shuler said. “But there is so much going on on a day-to-day basis that he’s involved in: often behind-the-scenes negotiating and mediating with companies and unions to try to reach agreement, and playing a very active role unlike any other secretary we’ve seen.”

Some Republicans are suspicious of Walsh’s motives, especially given the department’s more aggressive stance on other workplace issues.

“It is abundantly clear that his willingness to serve as a mouthpiece for Big Labor supersedes his obligation of upholding impartiality,” Rep. Virginia Foxx (R-N.C.), the ranking member of the House Education and Labor Committee, said in a statement.

But some business groups are willing to see if Walsh’s strategy can work — particularly if it can head off major economic disruptions.

“He thinks he can be a fair dealer, and I’ve no reason to doubt him on that point,” said Ed Egee, the National Retail Federation’s vice president of government relations and workforce development. But “if you’re going to do that, job No. 1 should be the West Coast ports. That’s hugely important to our members [and] it’s hugely important to the supply chain.”

With pandemic restrictions morphing slowly into the new normal, Walsh will be free to play an even more active role. The DOL head had to oversee the rollout of complex standards regulating Covid-19 in the workplace; take swift action to try to mitigate supply chain constraints; and travel extensively to lobby on behalf of Covid-relief legislation — all while dodging speculation he would run for governor of Massachusetts.

The ripple effects of the percolating conflicts involving the International Longshore and Warehouse Union and the Major League Baseball Players Association will be highly visible — and in the case of the ports, economically painful — to voters if things drag out at a politically pivotal time in Biden’s term.

This summer, the companies that operate ports along the West Coast must renegotiate their multiyear contract with the union that represents thousands of dockworkers. When it last expired in 2014, there were strikes and consequent supply chain disruptions.

“The economy was hemorrhaging roughly a billion dollars a day, and it was something that obviously had great potential to have an even more disruptive effect,” said Tom Perez, President Barack Obama’s labor secretary at the time, who is now running for governor of Maryland.

Perez helped broker a deal after Obama sent him to California to intervene, with the approval of both sides.

The risk of a repeat this year comes with even more on the line, with inflation at record highs — partly due to pandemic-related port backups — and the midterm elections fast approaching.

“If I need to [intervene], I would,” Walsh said. “I absolutely would love to do that.”

ILWU did not respond to multiple requests for comment.

Labor and business interests are also watching closely to see if Walsh will weigh in on escalating tensions in professional baseball. On Tuesday, MLB announced the cancellation of some early-season games as team owners and players remain at odds, with more cancellations on the way absent a deal in the near future.

So far, the most visible example of Walsh’s approach was back in his home state.

In December, the secretary helped seal an agreement in Massachusetts between nurses at Saint Vincent Hospital in Worcester and its corporate owners at a meeting Walsh pushed to hold, bringing an end to a strike that spanned roughly 300 days.