Exposure to leaded petrol as a child has been linked to an average IQ drop of 2.6 points among US adults, increasing to 5.9 points among those born in the mid-to-late 1960s

March 13, 2022 Clare Wilson New Scientist
Printer friendly
Leaded Petrol May Have Lowered the IQ of over Half the US Population Published March 13, 2022 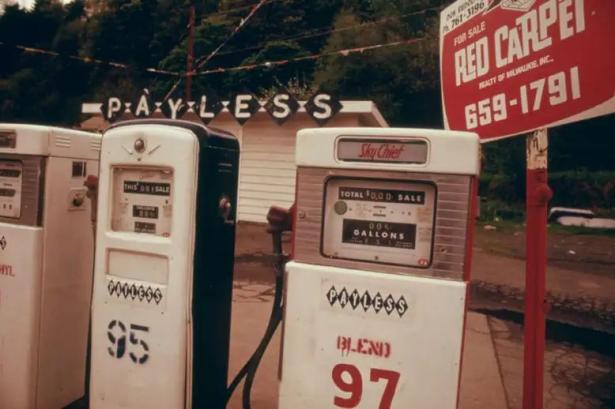 More than half of people in the US may have a slightly lower IQ as a result of inhaling exhaust gases from vehicles run on leaded petrol when they were children. The harm is thought to be most pronounced among people born in the 1960s and 1970s, when use of this fuel was at its peak.

Similar effects have probably occurred in other high-income countries, says Aaron Reuben at Duke University in North Carolina. “Patterns of lead use in gasoline throughout the last century were very similar across developed countries.”

Lead began being added to petrol in the 1920s to make car engines run more smoothly. If the substance enters the brain, it can disrupt nerve signalling and, at higher levels, kill brain cells. Young children are particularly susceptible due to the metal disrupting brain development.

Using data from a national survey, Reuben and his colleagues analysed the circulating lead levels of over 11,600 children aged 1 to 5 years from blood samples drawn between 1976 and 2016. They also estimated blood lead levels for the period from 1940 to 1975 based on leaded petrol use during that time. This data was then linked to an established formula of how lead exposure influences IQ.

Their results suggest half the current US population had elevated lead levels in their blood as children. Across the country, they estimate that lead exposure may have caused an average IQ drop of 2.6 points. People born in the mid-to-late 1960s may have lost an average of 5.9 points.

In the 1970s, it was recognised that tiny particles of lead in exhaust fumes could enter people’s bloodstreams and higher environmental levels of the metal were linked with worse school performance in children.

Leaded gasoline was banned for use in road vehicles in the US in 1996 and in the UK in 2000. The latest study demonstrates the enduring effects of certain environmental toxins, says Mathew Hauer at Florida State University, who was involved in the work. “The long legacy is really important. The effects can last for a significant amount of time. This could be the case with other toxins.”

Clare Wilson reports on medicine, health policy, archaeology and the life sciences. She previously edited medical features for New Scientist, and was a news reporter for Hospital Doctor, a medical magazine. She has a BSc in Cell Biology.