Vladimir Putin Has Fallen Into the Dictator Trap

Reality doesn’t conform to the theory of the rational, calculating despot who can play the long game. 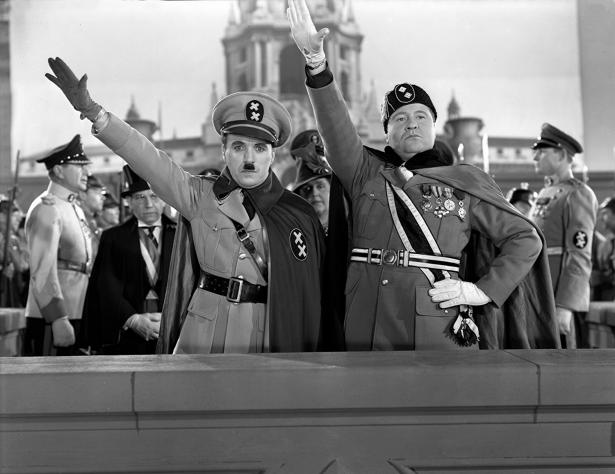 In the span of a couple of weeks, Vladimir Putin—a man recently described by Donald Trump as a strategic “genius”—managed to revitalize NATO, unify a splintered West, turn Ukraine’s little-known president into a global hero, wreck Russia’s economy, and solidify his legacy as a murderous war criminal.

How did he miscalculate so badly?

To answer that question, you have to understand the power and information ecosystems around dictators. I’ve studied and interviewed despots across the globe for more than a decade. In my research, I’ve persistently encountered a stubborn myth—of the savvy strongman, the rational, calculating despot who can play the long game because he (and it’s typically a he) doesn’t have to worry about pesky polls or angry voters. Our elected leaders, this view suggests, are no match for the tyrant who gazes into the next decade rather than fretting about next year’s election.

Autocrats such as Putin eventually succumb to what may be called the “dictator trap.” The strategies they use to stay in power tend to trigger their eventual downfall. Rather than being long-term planners, many make catastrophic short-term errors—the kinds of errors that would likely have been avoided in democratic systems. They hear only from sycophants, and get bad advice. They misunderstand their population. They don’t see threats coming until it’s too late. And unlike elected leaders who leave office to riches, book tours, and the glitzy lifestyle of a statesman, many dictators who miscalculate leave office in a casket, a possibility that makes them even more likely to double down.

Despots sow the seeds of their own demise early on, when they first face the trade-off between allowing freedom of expression and maintaining an iron grip on power. After arriving in the palace, crushing dissent and jailing opponents is often rational, from the perspective of a dictator: It creates a culture of fear that is useful for establishing and maintaining control. But that culture of fear comes with a cost.

For those of us living in liberal democracies, criticizing the boss is risky, but we’re not going to be shipped off to a gulag or watch our family get tortured. In authoritarian regimes, those all-too-real risks have a way of focusing the mind. Is it ever worthwhile for authoritarian advisers to speak truth to power?

As a result, despots rarely get told that their stupid ideas are stupid, or that their ill-conceived wars are likely to be catastrophic. Offering honest criticism is a deadly game and most advisers avoid doing so. Those who dare to gamble eventually lose and are purged. So over time, the advisers who remain are usually yes-men who act like bobbleheads, nodding along when the despot outlines some crackpot scheme.

Even with such seemingly loyal cronies, despots face a dilemma. How can you trust the loyalty of an entourage that has every reason to lie and conceal its true thoughts? The ancient Greek philosopher Xenophon wrote of that inescapable paradox of tyranny: “It is never possible for the tyrant to trust that he is loved … and plots against tyrants spring from none more than from those who pretend to love them most.”

To solve this problem, despots create loyalty tests, ghoulish charades to separate true believers from pretenders. To be trusted, advisers must lie on behalf of the regime. Those who repeat absurd claims without blinking are deemed loyal. Anyone who hesitates is considered suspect.

In Kim Jong Un’s North Korea, for example, the lies have gotten progressively more ridiculous. Once a lie becomes widely accepted, the value of that individual loyalty test declines. Once everyone knows that Kim Jong Un learned to drive when he was just 3 years old, a new, more extreme lie must emerge for the test to serve its purpose. The cycle repeats itself, and a cult of personality is born.

Plenty of people around Putin understood that dynamic, which is why they were willing to parrot Putin’s outlandish claim that the Jewish president of Ukraine, Volodymyr Zelensky, is presiding over a “neo-Nazi” state. (Such mythmaking can happen in democracies too, if you have an authoritarian-style leader. Just consider how many Republicans have fallen over one another to endorse Donald Trump’s lies about the 2020 election in order to prove their MAGA bona fides.)

But to stay in power, despots have to worry about more than just their advisers and cronies. They have to win over, intimidate, or coerce their population too. That’s why dictators invest in state-sponsored media. In Russia, the state goes so far as to present fake presidential candidates who pretend to oppose Putin in rigged elections. The whole system is a Potemkin village, an illusion of choice and political debate.

Again, that mechanism of control comes with a cost. Some citizens brainwashed by state propaganda will support a war that is sure to backfire. Others privately oppose the regime, but will be too afraid to say anything. As a result, reliable polling doesn’t exist in autocracies. (Russia is no exception.) That means that despots like Putin are unable to accurately understand the attitudes of their own people.

If you live in a fake world long enough, it can start to feel real. Dictators and despots begin to believe their own lies, repeated back at them and propagated by state-controlled media. That might help explain why Putin’s recent speeches have stood out as unhinged rants. It’s certainly possible that his mind has succumbed to his own propaganda, creating a warped worldview in which the invasion of Ukraine was, as Trump put it, an incredibly “savvy” move.

Nothing Is True And Everything Is Possible
PETER POMERANTSEV

How To Rig An Election
NIC CHEESEMAN AND BRIAN KLAAS

When you buy a book using a link on this page, we receive a commission. Thank you for supporting The Atlantic.

The risks of miscalculation are compounded, psychology research has shown, by the fact that power literally goes to your head, including in a key way that may be relevant in explaining Putin’s costly gambit in Ukraine. The longer someone is in power, the more they begin to get a sense of what is known as “illusory control,” a mistaken belief that they can control outcomes much more than they actually can. That delusion is particularly dangerous in dictatorships, in which there are virtually no checks or balances, no term limits or free elections to boot someone from power.

Some Russia experts, such as Fiona Hill, have recently suggested that Putin has spent much of the pandemic isolated and alone, poring over old maps of the lost Russian “imperium.” Cumulatively, it’s possible to imagine how these factors combined to convince Putin that his brutal blunder in Ukraine was a good idea.

When despots screw up, they need to watch their own back. Yet again, they can become victims of the dictator trap. To crush prospective enemies, they must demand loyalty and crack down on criticism. But the more they do so, the lower the quality of information they receive, and the less they can trust the people who purport to serve them. As a result, even when government officials learn about plots to overthrow an autocrat, they may not share that knowledge. This is known as the “vacuum effect”—and it means that authoritarian presidents might learn of coup attempts and putsches only when it’s too late. This raises a question that should keep Putin awake at night: If the oligarchs were to eventually make a move against him, would anyone warn him?

Clearly, Putin is no fool. But as we debate possible endgames to the war in Ukraine, we shouldn’t kid ourselves. Putin, like many despots, isn’t behaving fully rationally. He inhabits a fantasy world, surrounded by people who are afraid to challenge him, with a mind that has been poisoned by more than two decades as a tyrant. He’s made a catastrophic mistake in Ukraine—one that may yet prove his downfall.

Democracy isn’t perfect. It’s messy. It can be shortsighted. Many powerful democracies, including the United States, are dysfunctional. But at least our leaders face real constraints, real pushback for their miscalculations, and real criticism from their population. And, crucially, there’s a built-in mechanism to replace our leaders when they start to behave irrationally or irresponsibly.

That’s why it’s time to jettison the myth of the “savvy” strongman, or the dictator who’s a geopolitical “genius.” Putin has fallen victim to the dictator trap and proved that he is neither.

Brian Klaas is a global-politics professor at University College London, a weekly columnist for The Washington Post, and the host of the Power Corrupts podcast. He is the author of Corruptible: Who Gets Power and How It Changes Us.

The Atlantic. Be Surprised. Be Challenged. Be a Subscriber.