Two years into the COVID-19 pandemic, “prison warehousing”—which used to be a derogatory term—would look like an upgrade. At least warehouses care about the value of the goods they store. 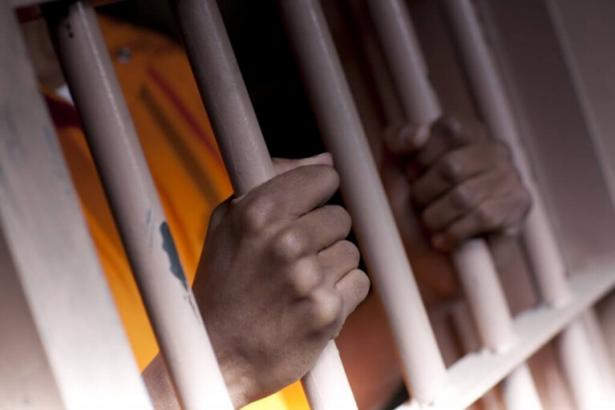 In the early 2000s, at the tail end of an era defined by mass incarceration and extreme sentencing, researchers started taking a closer look at the state of U.S. prisons, where the pendulum had long been swinging away from a rehabilitative model of corrections and toward a punitive one.

Numerous studies reached the same conclusion, finding that “prison warehousing”—the practice of locking people in cells for months and years and lifetimes without educational opportunities, vocational training, or substance abuse treatment—might be a bad idea. Guided by research showing that positive programming opportunities ease tension in carceral settings and reduce recidivism, U.S. legislators and prison officials undertook a two-pronged strategy, emphasizing the value of prison programs while beginning to roll back draconian policies that had left many people facing excessive sentences with little hope of release.

Amid that shift, we saw some improvement around so-called corrections policy in the U.S. Some systems replaced certain prison-mandated programs with new, more beneficial volunteer programs. Across the nation, academics and activists began shining a light on the racially charged sentencing practices of the past several decades. Calls to eliminate mandatory minimums and sentence enhancements and restore parole boards grew louder. After decades of carceral policy defined by misguided “tough on crime” narratives, it seemed that prisons were finally beginning to serve a purpose beyond the proverbial warehouses.

And isn’t that what most of us want? Regardless of why people end up behind bars, most Americans agree that prisons should serve a rehabilitative purpose: to help address the issues that led to incarceration and develop skills to prevent future criminal behavior.

Now two years into the COVID-19 pandemic, writing from the Washington Corrections Center, we can say that “prison warehousing”—which used to be a derogatory term—would look like an upgrade. What is happening now is far worse than warehousing. At least in a warehouse there is some attempt to preserve the value of the products on the shelf. People in prison during the pandemic, on the other hand, are being left to slowly degrade.

Before the pandemic, prisoners here at least had access to the basics: medical, mental health, recreation, and visitation. Those lucky enough to be housed at certain facilities might even have access to higher education courses, job skills programs, and environmental projects.

But those opportunities have all but disappeared over the past two years. Only extreme emergencies receive timely medical attention; mental health care, substandard even in the best of times, has been rendered virtually inaccessible to anyone not in the throes of crisis; gyms have been converted into quarantine units; visits remain extremely limited.

For most, the impact is tremendous. For some, it is unbearable. A portion of the prison where we’re housed is designated as a receiving center, meaning it is the first place prisoners come after conviction. They are housed in receiving units (R-Units) designed for short stays before transfer to the main institutions where they will serve out their sentences.

Because R-Units are intended for short-term housing, the conditions are sparse and generally overcrowded, and provide no opportunity for programming or services of any kind. Most prisoners in these units have one opportunity a day for a short recreation period and a phone call. They are typically allowed to shower only three times a week. They don’t have TVs or radios, and they’re lucky if they can find a book without half the pages missing. They are stuck three deep in cells no bigger than a walk-in freezer. And in the winter, it’s just as cold.

Under those conditions, a two-week stay in the R-Units—typical before COVID—can feel like an eternity. But amid the pandemic, with new restrictions on transfers and outbreaks leading to staff shortages, some prisoners have been there for over a year. Others with relatively short sentences will spend their entire incarceration between county jail and the R-Units.

During their incarceration, people in these units will likely receive few opportunities for rehabilitation. They may not get a single in-person visit from family. They may not attend a religious service, or be able to access the scarce mental health services available at a main institution. They may not have an appointment with a DOC counselor to discuss their re-entry plan. They will, in all likelihood, spend the vast majority of their time sitting in a cell and counting down the days until they are released. And when they re-enter society, they will do so after having been denied many of the very services that are supposed to help keep them from returning to prison.

While this example is extreme, there are thousands of prisoners across the nation facing similar situations. Those of us in permanent housing have now gone two years with little to no positive programming, separation from our families, and limitations on the simple things that make prison bearable. Mental health has deteriorated and tensions are reaching a breaking point. And if researchers are correct, this could affect recidivism in the coming years.

COVID has also made things worse for the people who work here. Officers are overworked and often forced to take mandatory overtime to cover for sick or unvaccinated colleagues. They have to deal with prisoners who are increasingly frustrated with the constantly changing conditions and circumstances. And while it may be hard for many of us to have sympathy for the guy who’s tossed your cell and thrown pictures of your family on the floor, none of this makes for peaceful living conditions.

But even if we’re not fans of corrections staff, the current situation isn’t entirely their fault. Prisons are simply not set up for pandemics. Single-cell housing is virtually unheard of, and overcrowded and understaffed facilities are the perfect environment for a perpetual outbreak.

The solution is simple—but difficult to sell to legislators afraid of being labeled “soft on crime.” Officials must first work to reduce the prison population to a manageable level by identifying individuals who no longer need to be incarcerated. Here in Washington State, the DOC sought to move in that direction with a proposal to increase the time that could be knocked off a sentence for good behavior.

Unfortunately, state lawmakers lacked the courage to pass the measure. Similar legislative efforts have met the same fate in other states.

For years before the pandemic, activists on both sides of the prison walls were cautiously optimistic that our carceral system might be realigning away from punishment and toward rehabilitation. There were even hopes in the year after COVID-19 hit that the terrible conditions inside prisons might usher in further reform, to limit the harms people face behind bars. The sad irony is that we now find ourselves wishing for a return to the days of “prison warehousing.”

Nick Hacheney, incarcerated in Washington, is a longtime advocate for environmental and educational programs in prison and a co-founder of Environmental Advancement Reintegration Network (EARN), a business incubator/launching platform for prisoners seeking to build environmental solutions businesses upon their release. He has previously published in BioCycle magazine and The Crime Report, and presented a TEDx Talk on the environmental program he founded in prison.

Tomas Keen is an incarcerated writer from Washington State. His work has appeared in Inquest, Open Campus, The Crime Report, and Process, a journal at the University of Washington.

The Appeal produces journalism that helps communities combat the harms of the criminal legal system.  If you valued this article, please help us produce more journalism like this by making a contribution today.