The US with its NATO allies have not only provoked this tragedy but have sought to prolong it in their refusal to engage in negotiations for a ceasefire. 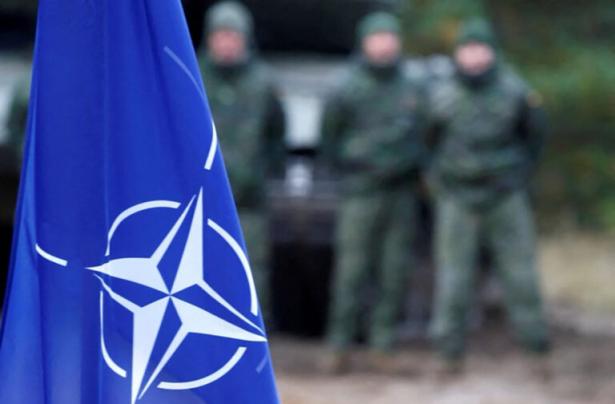 What we all hoped would not happen has happened. The Russian Federation sent troops into Ukraine on February 24 in response to decades of relentless US-led NATO provocation. The present situation puts many serious, fundamental questions before the global peace movement.

A fierce propaganda campaign, long simmering with Russiagate and the onset of a new Cold War, demonizing the Russian president and state has intensified. Wholesale condemnation of Russia has assumed global proportions, instigated by the US and allies, and supported by their sycophantic media. Alternative views and voices of opposition to the official anti-Russian narrative have been suppressed or shut down.

Not surprisingly, many people subjected to this toxic bombardment of massive imperialist propaganda have placed all the blame on Russian aggression. Various reasons are given to justify their, in our view dangerous, position. Let us look at some of these justifications and assess the degree of their moral, legal, and political validity.

The first and most morally justifiable reason given is the argument that Russia’s invasion of Ukraine is in violation of the Charter of the United Nations. Based on this fundamental principle, shouldn’t the U.S. Peace Council, a staunch supporter and advocate of the Charter, also condemn Russia as a violator?

Let us look at the UN Charter to see whether we can firmly decide that Russia is in violation:

3. All Members shall settle their international disputes by peaceful means in such a manner that international peace and security, and justice, are not endangered.

4. All Members shall refrain in their international relations from the threat or use of force against the territorial integrity or political independence of any state, or in any other manner inconsistent with the Purposes of the United Nations.

Nothing in the present Charter shall impair the inherent right of individual or collective self-defense if an armed attack occurs against a Member of the United Nations….

Looking at Article 2, especially paragraph 4, it can be argued that Russia is in violation. But based on Article 51, the Russian Federation has invoked its right to self-defense and has duly informed the Security Council. Russia presents important arguments in favor of its use of force under Article 51.

The Ukraine government has acted as the US and NATO’s proxy in hostilely encircling the Russian Federation. Ukraine military and paramilitaries have attacked Donetsk and Lugansk since 2014, resulting in the deaths of some 14,000 of their own people, many of whom were Russian speakers and some Russian citizens. Most recently, Russia discovered an imminent Ukrainian government plan for a large-scale invasion of the Donetsk and Lugansk that border Russia. Russia now recognizes these two republics as independent states, after they asked Russia to aid in their defense.

Russia clearly asked for security guarantees from the US and NATO, which refused to adequately respond to Russia’s concerns. Ukraine was planning to host US/NATO nuclear weapons on its territory that could reach Moscow in a matter of five minutes. This took place in the alarming context of the US decision in 2019 to withdraw from the Intermediate-Range Nuclear Forces (INF) Treaty with Russia.

If this is not an act of war against Russia, what is it? Aren’t those who are complicit in an act of murder equally guilty of murder? This is not to say that Russia was right in its decision. Rather we are insisting that the UN Charter should be applied to Ukraine on the basis of facts, as a specific case with a given historical background.

Second, the United Nations itself has been unsuccessful in upholding its own Charter in the face of blatant violations by the NATO states. Here, our intention is not to justify the Russian action, but to provide a realistic context for the need to uphold the UN Charter.

Since the end of the Soviet Union, when the US became the sole superpower, Washington has blatantly ignored the UN Charter in its drive to impose global “full spectrum” dominance. We should understand NATO as more than just an “alliance” of nominally sovereign states, but as an imperial military integrated under US command.

Let us look at two of the relevant articles of the UN Charter that have been trampled upon by the imperialist powers since the end of the century:

A Member of the United Nations which has persistently violated the Principles contained in the present Charter may be expelled from the Organization by the General Assembly upon the recommendation of the Security Council.

The Members of the United Nations agree to accept and carry out the decisions of the Security Council in accordance with the present Charter.

US, NATO, and their allies have increasingly violated these and other articles of the UN Charter over the past two decades. Here are just a few examples:

— In 1999 for 78 days, NATO attacked, dropped 28,000 bombs, and shattered Yugoslavia into pieces without the consent of the United Nations.

— In 2001, as a response to the 9/11 attack, US declared an indefinite “war on terror,” affecting at least 60 countries, including seven targeted for illegal regime change.

— In 2003, US and the members of its “coalition of the willing” illegally attacked and invaded Iraq in defiance of the UN Security Council.

— In 2011 US, UK, and France unilaterally and without the consent of the UN Security Council attacked Libya and killed its leader, Moammar Qaddafi.

— Starting in 2011, US, NATO, and regional allies started a proxy war in Syria by arming and funding terrorist groups, a war which is still taking innocent lives.

— In 2014, the US staged a coup with the help of neo-Nazi forces in Ukraine and established a pro-NATO government, which led to the massacre of Russian-speakers in eastern Ukraine.

— Throughout this period, the US and its European allies have imposed illegal unilateral economic sanctions on more than 40 countries of the world, causing the death of hundreds of thousands of innocent people.

— And, of course, one should mention the illegal occupation and annexation of Syrian and Palestinian territories by Israel with full support of the United States.

The crisis facing us in Ukraine today is a result of the UN’s inability to uphold its charter against such illegal actions by the sole superpower and its NATO allies, which has enabled US/NATO to push Russia and other targeted nations of the world into such an impossible situation.

Yes, we should defend the UN Charter, but not selectively as imperialism hypocritically wants us to. We should not allow ourselves to be duped by imperialism’s “blame the victim” narrative when the victim is forced to defend itself.

The second and more important problem with this kind of argument is that it removes the whole issue of aggression from the picture. It no longer matters who is the aggressor and who is the victim. It obviates the fact that the US seeks to be the world’s hegemon with global “full-spectrum” dominance. In short, US imperialism generated a war without using US soldiers.

As a peace organization, we cannot principally agree with the escalation of the Ukraine conflict to the level of military confrontation. However, we oppose the one-sided position of condemning Russia alone.

Some others have taken a more “balanced” position of condemning both sides, by simultaneously calling a halt in NATO expansion and the withdrawal of Russian forces from Ukraine. But this position, too, ignores the causal relationships inherent the Ukraine situation. It places the cause and effect on the same level, while ignoring the fact that the NATO expansion is the material cause of the Russian military response. For these reasons, the position of equivalent blame superficially looks balanced but, in reality, isn’t.

Second, the natures of the two demands are different. The first is a general, strategic, long-term demand;
the second is an immediate and concrete one. By formulating the demands in this way, such a position inevitably ends up putting the main pressure on Russia alone.

Third, the first demand about NATO expansion is not specific to the case of Ukraine while the second one is. It ignores the fact that US/NATO has flooded Ukraine with hundreds of millions of dollars’ worth of military equipment along with dispatching military and covert operations personnel to “advise.” A correct demand would be recognition of Ukraine as a neutral state, removal of all foreign weapons and military personnel (including mercenaries) from Ukraine, and full implementation of Minsk II agreement.

NATO’s success in its effort to expand to the Ukraine-Russia border would create a hellish world and lead to the possibility of a nuclear war. Let us not forget that the story would not end there, and Belarus could be the next target. So, it is imperative for the peace movement to do everything we can to guarantee Ukraine’s neutrality and US/NATO’s recognition of it.

The US with its NATO allies have not only provoked this tragedy but have sought to prolong it in their refusal to engage in negotiations for a ceasefire. While no one wins in a war, the US has had the most to gain: further unifying NATO under US domination, reducing Russian economic competition in the European energy market, justifying increasing the US war budget, and facilitating sales of war materiel to NATO vassals. A Europe further divided between the EU/UK and Russia benefits none but the imperial US.

On the basis of this assessment of the present situation in Ukraine, the U.S. Peace Council raises the following immediate demands, in order of priority and urgency:

1. Immediate ceasefire and dispatch of humanitarian aid to Ukraine, including the self-proclaimed independent republics.

2. Recognition of the neutrality of Ukraine.

3. Withdrawal of foreign militaries, weapons, and equipment – including mercenaries – from Ukraine.

4. Resumption of negotiations for a permanent settlement of internal conflicts in Ukraine with the participation of all parties concerned.