The brutal war in Ukraine continues. Russia attacks targets in various parts of the country, mostly in the South and East. Ukrainians and Russian soldiers die. Millions flee the violence as the  physical landscape of cities and towns are destroyed. And neither Russia, Ukraine, or NATO/the United States appear to engage in any serious negotiations to end the violence.

Meanwhile military spending in the United States and Europe increase at the expense of desperately needed social programs and transformations from economies based on fossil fuels. Presumably the Russian military/industrial complex (and perhaps the Ukrainian military establishment) experiences boosts in resources and legitimacy as is occurring in the west. And on all sides the mass media and cultural and educational institutions spin narratives about the righteousness, glory, and the efficacy of policy of the country from which the narratives are produced.

Spokespersons from the United States government and the US corporate media particularly have produced and disseminated stories about aspects of the Ukraine war that together constitute a series of interconnected delusions about the context and causes of the war in Ukraine; the US/NATO response; the deleterious impacts of the war on the Russian invaders; and, most importantly, the immediate and long-term impacts of the war on international affairs. A delusion is "an idiosyncratic belief or impression that is firmly maintained despite being contradicted by what is generally accepted as reality or rational argument."

If one goes beyond the US/Western corporate media and if one gives serious thought to the historical logic of such narratives it would be clear that core premises of US/NATO policies are delusional.

For example, there are at least seven kinds of delusions that are broadly accepted and/or articulated by the US government and the corporate media. 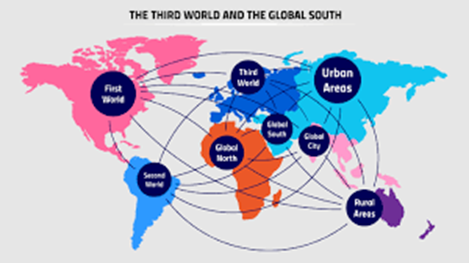 Delusion number one  is that the United States can reproduce the coalition of hegemonic forces that existed after World War 2. It is clear that the US Cold War international system cannot be replicated. After World War 2, the United States, the overwhelmingly hegemonic economic and military power,  institutionalized a world order based upon economics (the Bretton Woods system, the Marshall Plan, the subsequent development of the European Economic Community and the European Union),  military dominance (from the construction of the NATO alliance to a worldwide network of alliances, bilateral treaties, and military bases), and an ideology(the “free world versus communism” or in our own day “democracy” versus “authoritarianism”).

While this hegemonic goal - economics, military and ideological - was never fully achieved it has been whittled away by multiple poles of economic power (particularly the rise of the Chinese economy), a declining ability of the United States to control the world militarily (as evidenced historically by military defeats from Korea, Vietnam, Afghanistan, Iraq, and even in the Western hemisphere), and growing global skepticism about what the United States means by “democracy.”

Delusion number two  suggests that the United States can remain the global hegemon. Here again any number of writers, and more importantly key leaders from countries in Europe, Asia, and throughout the Global South see the United States as a declining power economically, militarily, and politically. As the Ukraine crisis has unfolded many voices from the Global South have evidenced indifference to what appears to be a “white people’s war” that is being  used  to increase demands for fundamental changes in global economics and politics. Many around the world see the conflicts in Eastern Europe as a manifestation of the breakdown of North American and European power and control of what goes on in their countries. The most significant takeaway from the United Nations General Assembly resolution condemning the Russian intervention in Ukraine is the fact that 35 countries abstained in the vote; not only African and Asian countries but several from the Western Hemisphere. The population of those countries constituted about one-third of the population of the world. Not too long ago a loose coalition of big powers, the BRICS, began dialoguing about making modest demands for changes in power dynamics in global institutions and practice. Witnessing greater. underdevelopment in developing countries instead of the promise of development, BRICS began charting a course not entirely dependent on the World Bank, IMF, and World Trade Organizations. While the BRICS (Brazil, Russia, India, China, and South Africa) talks have stalled, it is expected (particularly after upcoming elections in Brazil) they will resume. Some modest redistribution of decisioning power in major international institutions is in the air.

Delusion number three is that the United States can intimidate China. Since the 1980s, China has steered an economic course that involves encouraging foreign investment, utilizing technologies derived from these investments, and adopting an economic development model incorporating advanced capitalism and appropriate state controls. Not only is China about to surpass the United States in its gross domestic product but in its progress it has lifted 700 million Chinese out of poverty. And in terms of China’s global presence, it is establishing more attractive economic relations with nations all across the globe. Through its Belt and Road Initiative for example, China has already become the largest trading partner with the countries of Latin America. In this context, media reports of US threats if China maintains economic ties with Russia are matters of bluster and of little consequence. 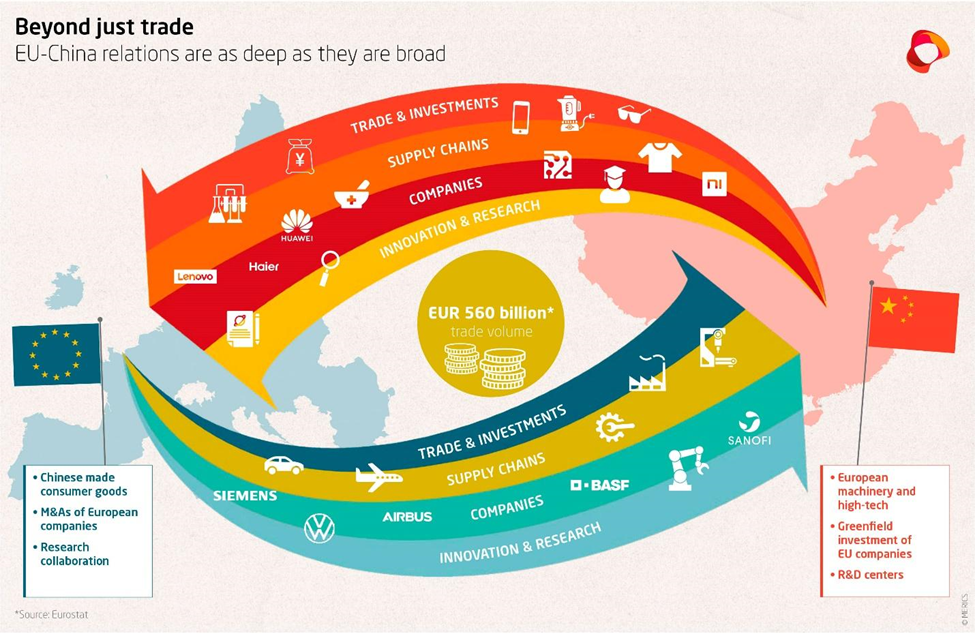 Delusion number four is that the countries of the global south support the United States. Given the declining relative power of the United States on the global stage, the rising economic influence of China on the world stage, and the history of United States interference, (from sanctions to soldiers) in the affairs of other countries and peoples, nations of the Global South see the United States as the latest, perhaps last, imperial power. As V J Prashad pointed out, “all war is criminal” - both ‘hot’ and ‘cold’ wars. Therefore, economic exploitation and political interference in the  Global South is increasingly viewed with disdain and discomfort. Again, this disdain is suggested by the number of countries that refused to condemn the Russian invasion of Ukraine in the recent General Assembly vote. Yet despite such clear signs the US media continues to praise US sanctions against Cuba, Venezuela, Nicaragua, Syria, Afghanistan, Iran, and now Russia, without discussing the horrific impacts these sanctions have on ordinary people in these countries. Nor does the media report that the United States and the European Union currently have some kind of sanctions imposed on 39 nations. Sanctions alone make it very unlikely that victimized people from the Global South regard the United States with respect and admiration.*

And alternative forms of payment and paths for international trade will be the logical outcome of weaponizing trade and the banking system. 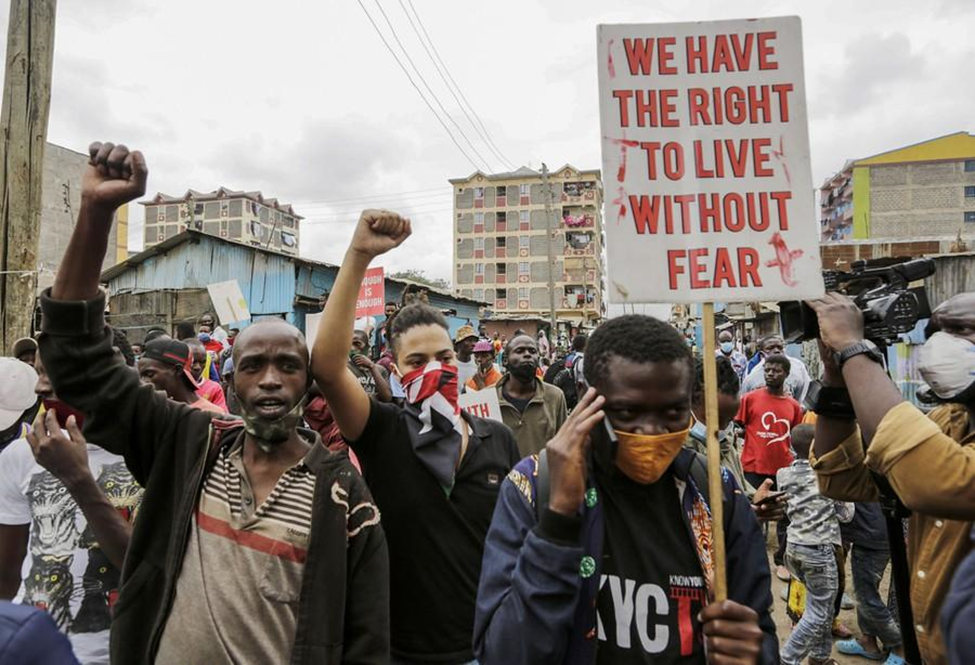 Delusion number five is that the United States remains the ‘indispensable nation,” the “last resort,” the model of democracy and market economies for the world. For the reasons suggested above and the demonstrable racism, violence, environmental disasters more frequently associated with the United States itself (while admired for certain achievements such as in education and science) most global citizens regard the US as a failed state, surely one not to emulate. More recently the overbearing, unfair, and restrictive moves against Chinese competitive strength in the form of banning Huawei’s 5G technology and Tiktok compromises the notion of free-market fairness and a just global economic world order. The “American Dream” begins to morph into a hollow specter in the global context. Together they mark an unmistakable decline.

Delusion number six is that the United States cannot learn from others: Cuba, China, peoples on the Africa continent and elsewhere. It has historically been central to the consciousness of the hegemonic actors in the world, the imperial powers, that they are and can be the exemplars and teachers; and, the countries that have been conquered and/or been impoverished have nothing to teach the powerful and only have to follow. Meanwhile examples of alternative healthcare delivery systems, adaptations to the natural environment, or forms of workplace democracy in less powerful nations are ignored. 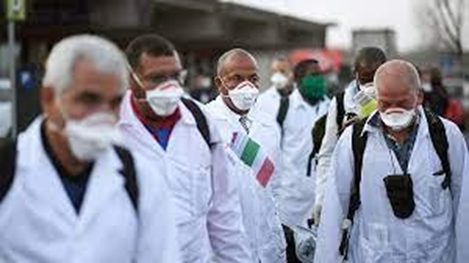 Cuban doctors travel around the world to help cure pandemics.

And delusion number seven suggests that global hegemony can be maintained or achieved without major (indeed nuclear) war and/or climate disaster. This is the most dangerous delusion because it suggests that the powerful countries can proceed with their drive to dominate without increasing the risk of nuclear war or speeding up the destruction of nature.

Therefore, one project the peace and justice movement in the United States and hopefully with peace and justice activists around the world can do is to challenge the delusions articulated by American and European leaders and to challenge the mythologies that are deeply embedded in the corporate media. And now, this includes developing an historically grounded analysis of the Ukraine war; one that denounces the initiation of the war but understands the history and mythologies that undergird it. With such understandings we can only improve our chances for a sounder basis for peace.