How To Make Housing as a Human Right a Reality

The federal government has for years enabled the private market to make money off our housing needs. Now, as home prices and rents skyrocket, there is a simple solution: offer people a public option for housing. 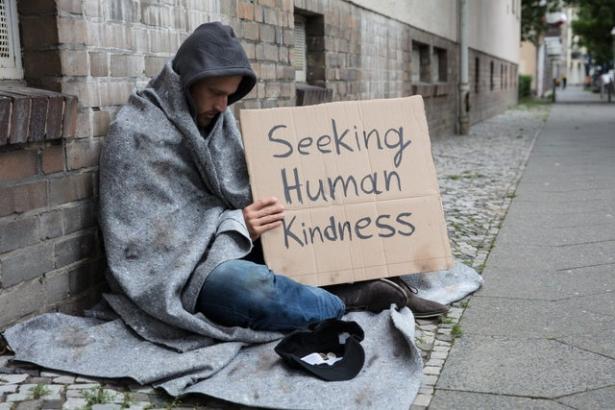 Is housing a human right?

Or is it a privilege affordable only to those who have made it under our unfair system of market capitalism?

If you read CNBC’s recent financial advice column, you may come away believing the latter to be true. Economist and CNBC contributor Laurence J. Kotlikoff said Americans “are wasting too much money on housing,” and in order to be more financially savvy about housing he offered such innovative ideas as moving in with one’s parents, renting out part of one’s home to visitors through Airbnb, selling one’s home altogether in favor of a smaller, cheaper one, or—and this is my favorite—moving to a cheaper state.

These sorts of ludicrous solutions are typical of the corporate media’s answer to a housing crisis of epic proportions: if you can’t afford to live, just move.

The cost of homes is skyrocketing, putting homeownership out of the reach of most Americans. Reuters described how “strong house price inflation has combined to significantly increase the typical monthly mortgage payment.” And, as the Federal Reserve has started to increase interest rates, homebuyers are being stuck paying an increasing share of their mortgage as interest.

Another corporate media answer to spiking housing prices—one that Kotlikoff took for granted without articulating—is to simply let the market handle the crisis. Reuters quoted a corporate economist named Robert Frick, at Navy Federal Credit Union in Vienna, Virginia, who said, “We may be approaching a pivot point when higher home costs and higher mortgage rates cool both sales and price increases, but given the supply-and-demand imbalance, we may not hit that point this year.” Those waiting to purchase a home must apparently wait for the invisible hand of the market to balance out supply and demand and put their lives on hold in the meantime.

Rental costs are similarly skyrocketing. According to Realtor.com’s latest report, rents have jumped 17 percent from last year. The organization’s chief economist, Danielle Hale, had a similar response to Frick, saying, “With rents up by nearly 20 percent over the past two years, rental prices are likely to remain high, but we do expect some cooling from the recent accelerated pace.” In other words, at some point, rents will increase so much that people will stop being able to rent altogether, which will then lead to lower rents. Some day. Maybe.

Katie Goldstein, director of housing campaigns at the Center for Popular Democracy (CPD), explained to me in an interview that the current housing crisis is the result of “the corporate control of our housing system” where “for-profit investors and for-profit landlords are at the root of our country’s affordability crisis.” The federal government has enabled what she called “speculative behavior” in the housing market.

It’s not simply that the federal government is leaving it up to the private market to ensure all Americans are housed. It is going much further, by intervening to privilege corporate buyers of homes and rental units. For example, when the housing bubble burst in 2008 as a result of predatory lending practices, thousands of people lost their homes to foreclosures. Instead of helping people remain in their homes, the government sold many of these foreclosed properties to Wall Street investment firms at deep discounts.

These firms now control a significant portion of the rental market in the United States, raising rents in the service of turning profits. They continue to receive tax breaks and subsidies that are far greater than the amount of money the government spends on low-income housing. In other words, the federal government has adopted policies to ensure wealthy corporate interests trump housing needs—instead of the other way around.

We don’t have to live like this. And increasingly, government officials and lawmakers are being pushed to embrace the idea long championed by housing rights activists, that “Housing is a human right.”

Marcia Fudge, secretary of the U.S. Department of Housing and Urban Development (HUD), in a recent address to the National Low Income Housing Coalition declared that “If we are to fully achieve justice in housing, we must fully accept what that means: justice in housing is everyone realizing the fundamental truth—housing is a human right.”

It was the first time that a sitting head of HUD has made such a statement, and it represents a major shift in thinking that has yet to inform government policy or percolate into the corporate media’s world view.

With “over 500,000 people [who] are homeless across the country,” Goldstein sees every homeless person as “a policy failure.” This is a correct assessment, for if housing is a human right as Secretary Fudge says, the government should be enabling community control of the housing market, not corporate control. The so-called market can only be relied upon to prioritize profits, not human rights.

Although there is a public housing system in the United States, overseen by HUD, and intended to ensure that the most vulnerable Americans have homes, the problem is that “public housing has been underfunded for decades,” says Goldstein, “even though it has been the primary source of housing for low-income people.”

To ensure that the government brings federal housing policy in line with its stated ideal of “housing as a human right,” CPD has released a new report entitled “Social Housing for All: A Vision for Thriving Communities, Renter Power, and Racial Justice.” One prong of a multipronged solution to the nation’s housing crisis, as per the report, is to “provide $1 trillion over ten years to fund the construction of 12 million new social and public housing units.”

CPD wants the government to go further than merely investing in public housing and instead adopt a broader framework of “social housing.” Goldstein says her organization is calling for a “mass social housing program,” that will “not only repair the current public housing that exists, but actually create millions of new units for people… [who] actually need it.” Social housing, as per Goldstein, is “a public option for housing.”

In other words, if the private market is making housing out of reach for increasing numbers of people, there ought to be a public option provided by the government to meet the need that the market fails to meet.

Social housing, as per Goldstein, is “permanently affordable, protected from the private market, and publicly owned or under democratic community control.” CPD’s list of principles of social housing includes “deep affordability,” “tenant unions and collective bargaining,” and “quality and accessibility.” Given that the current housing crisis disproportionately impacts people of color and women, CPD’s vision for social housing is based on racial and gender justice such as requiring that people with criminal backgrounds or immigration violations are not disqualified from accessing housing.

There are existing models we can turn to. Finland has pioneered a “social housing” program, aiming to eliminate all homelessness by the year 2027. It is already on its way, with 16 percent of all housing in the nation being owned by municipal governments. CPD’s report points out that the capital, Helsinki, has “50,000 municipally owned housing units.” This is much higher than American cities of similar size and population, such as Detroit, which has 3,700 public housing units, and Portland, which has only 450.

If the federal government is currently fueling a system designed to benefit corporate America, surely it can intervene to benefit people instead. Minnesota Representative Ilhan Omar has reintroduced a bill that invests $1 trillion into the housing system. Her “Homes for All” act is intended to “guarantee safe, accessible, sustainable, and permanently-affordable homes for all, create a true public option and affirm housing as a basic human right for every American.”

Social housing is hardly a radical idea. Goldstein, whose organization supports Omar’s plan, offers a simple basis for social housing, saying, “We think there ought to be an alternative to the corporate and for-profit system of housing.”

Sonali Kolhatkar is the founder, host and executive producer of “Rising Up With Sonali,” a television and radio show that airs on Free Speech TV (Dish Network, DirecTV, Roku) and Pacifica stations KPFK, KPFA, and affiliates.