While the peace movement argues, trying to decide who’s right and who’s wrong, the American government is doubling down on militarism. The peace movement needs to unite in opposition to war; unfortunately it’s influence is diminished by infighting. 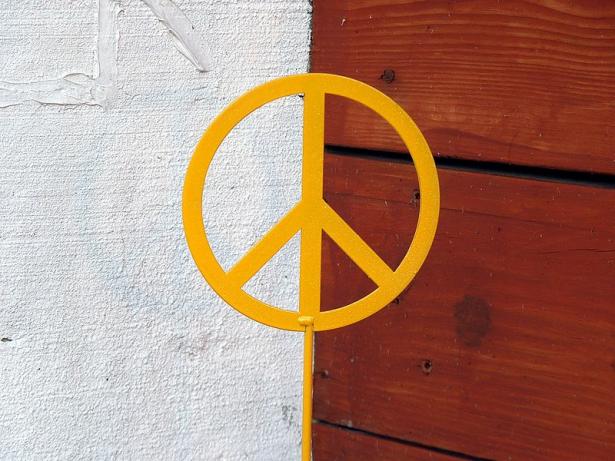 Russia’s invasion of Ukraine has created a catastrophe for the people living there and an inflection point for the peace movement. In the last 5 weeks thousands of people have been killed and millions have fled their homes to escape the violence. Billions of people all over the world are now living under the greatest threat of conflict between nuclear armed states in a generation. Beyond the immediate suffering, events taking place right now in Eastern Europe will have an impact on peace issues and defense policy for years to come. Woefully, the peace movement in the United States, limited in its influence already, has been unable to unite around a message to oppose calls for more militarization.

Instead an inordinate amount of focus has been put on where the blame for the conflict should be placed and on attempts to see through the fog of war and get an accurate picture of the true situation on the ground in Ukraine. These distractions not only take valuable time and effort away from developing peaceful solutions, they also serve to increase the hostility within a movement that is already too fragmented. At the risk of spending even more time on what’s wrong with the peace movement, it’s worth looking at the breakdown, if only to understand the divisions in an attempt to find common ground.

Three major ideological groups have emerged within the peace movement in regard to who is at fault for the tragedies taking place in Ukraine.

First is the group that places all blame on Russia for the war in Ukraine. This group loudly denounces Putin and the Russian government. It does not clearly oppose the transfer of weapons, or “lethal aid,” from the United States and her NATO allies to Ukrainian forces. It does not oppose intelligence sharing that could lead to more deaths on the Russian side. It does not view that level of involvement  as making the US a party to this conflict. It wants to stay quiet on these fights,  viewing them as unwinnable and as just serving to hurt the credibility and respectability of the peace movement. In this formulation Ukrainians have a right not only to defend themselves, but also a right to US/NATO weapons to do so. Talk of denazification as a motive or claims that the invaders aren’t intentionally targeting civilians en masse are Russian propaganda, the “anti-imperialism of useful idiots.”

On the other end of the spectrum is a group that refuses to denounce Russia’s invasion of Ukraine. In fact they’re unwilling to call the 3-pronged attack on the country by over 100,000 troops, by land, air, and sea, an invasion at all. Instead the war in Ukraine is described as a “special military operation,” the term used by the Russian government. For this group Russia’s hand was forced. What else could they do but what they’ve done?  The invasion is viewed as only the latest development in a war that began over 8 years ago, with a coup orchestrated by the US. From their perspective Ukraine is a puppet state of the West, inordinately influenced and possibly controlled by neo-Nazis like the Azov battalion. Its sovereignty has been in doubt for years. This war is NATO’s fault for its reckless expansion, backing Russia into a corner. The United States is the world hegemon and they are to blame. Criticism of Russia’s actions serve Western imperialism.

The third group is a blend of the first two. It condemns Russia’s invasion as a clear violation of international law and Ukraine’s sovereignty, but it admits that NATO expansion set the stage. Placing blame solely on the United States is American exceptionalism in reverse and denies the agency of other countries to do wrong. This group opposes sending more weapons and intelligence into the situation. Where will those weapons end up? In their view we can’t fuel an insurgency lasting for years to come, turning Ukraine into Afghanistan in the 1980’s. Ukraine’s military and politics clearly have a Nazi problem, but that’s no excuse for Russia’s invasion. The conflict is brutal and civilians are being killed, but the violence against the populace and civilian infrastructure have yet to reach the extreme levels of US attacks on Middle Eastern nations. Seen positively, this group seeks to compromise between the other two wings of the peace movement. Seen negatively it’s sitting on the fence and won’t pick a side. To the others this group is alternatively a tool of Russian or Western imperialism.

While the American peace movement argues internally, trying to decide who’s right and who’s wrong, the American government is doubling down on militarism. Proposals for even higher defense budgets are being made. Harsher and broader sanctions are being imposed. Nuclear postures are becoming more hawkish and dangerous. Peace-loving people all over the world need to unite in opposition to these reckless policies; unfortunately the peace movement’s already limited influence is diminished by infighting.

All three of these groups make valid points and, believe it or not, have far more in common with each other than they want to admit. They all oppose US troops to Ukraine, a “no-fly” zone, and nuclear weapons. They all support the rights of refugees and increased humanitarian aid. Certainly all three groups see themselves, and can validly be seen, as opponents of militarism, but the struggle between them is blunting their impact. Let’s be clear. The ideological differences between these groups are real. The differences in their policy recommendations are real. But these are secondary to more important questions: What do we do now? and How do we make a difference?

Advocates for peace need to advocate for peace, both on the battlefield and in communication amongst ourselves. Escalation must be opposed. This conflict must be solved at the bargaining table, through negotiations. Peace talks happening now should be encouraged and supported. Violence by either side should not be cheered on or excused, but attempts to understand the conflict must not be portrayed as condoning the atrocities seen in every war. Let’s stop calling each other names and assuming the worst of one another. Right now this war is being used as an excuse to continue dividing the world into camps, and to arm each of those camps to the teeth.

The peace movement must call for global coexistence, mutual respect, and cooperation to solve common problems. It should lead by example.

Brian Garvey is Assistant Director of Massachusetts Peace Action. He is also an active member of the Raytheon Antiwar Campaign.

The CounterPunch website is offered at no charge to the general public over the world wide web. New articles are generally posted every weekday. A batch of several articles, including the Poet’s Basement, and Roaming Charges by Jeffrey St. Clair, are posted in the Weekend Edition. After the initial posting, these articles are available in the archives which can be searched by using any of the search boxes on the website.  CounterPunch also publishes books, and published a newsletter and magazine from 1993 to 2020.