Sometimes a Student Movement Can Spark a Revolution

"Globally, no period has seen more student activism than the past 20 years." 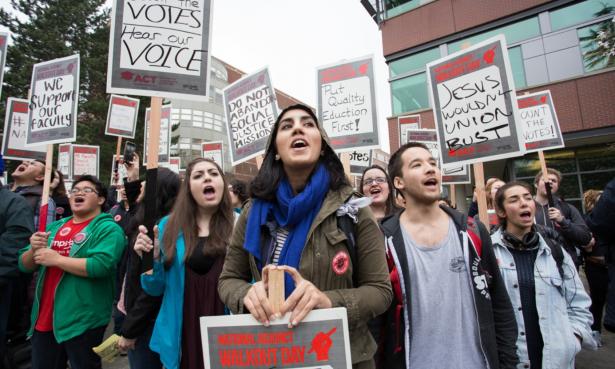 Seattle University faculty, students and staff stage one of the largest walkouts in the nation as part of National Adjunct Walkout Day Feb. 25, 2015,Flickr/SEIU Local 925

So writes Mark Edelman Boren in “Student Resistance in the Age of Chaos,” a new two-volume book series from Seven Stories Press. Boren’s books offer a truly global history, moving deftly from country to country while outlining the many struggles that young people have engaged in, on a vast range of issues, over the last two decades. 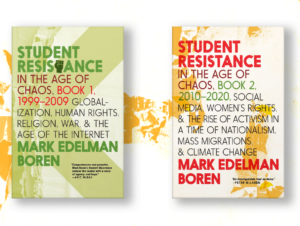 The breadth of the project is stunning. Boren presents a complex, even chaotic, world, in which young people have experienced significant and rapid changes in a variety of political and economic contexts. Some of these movements’ demands have had global or regional implications, such as those confronting war or climate change. Others, meanwhile, have targeted policies and issues specific to individual nations, cities or schools. Students have also faced a wide range of opponents in these conflicts — some of them relatively sympathetic, others firmly entrenched and quick to employ violence.

What unites these activists, beyond their youth, is a common quest to find and expand cracks in old regimes — a shared desire to shape their collective future.

These books offer much to consider and discuss, but because they cover so much ground, they are also difficult to summarize. In this interview, Boren reflects on how this research has impacted him, on the horrors and challenges of the present, and on how we can face the future together to build a better world.

How have these books changed how you understand the last 20 years? Why do you think it is important to center student protest in recent history?

My team of (what grew to six) researchers sifted through hundreds of thousands of articles, reports, documents and other items to research this. When I started, I had no idea how massive this project would be, how prolific and ongoing student activism has been, and how much it has changed the world. Globally, the mid-to-late 20th century actually pales by comparison.

What I came to realize was exactly how central to the evolution of modern societies student resistance is, how it identifies and opens up possible paths for change — and how it can then generate momentum for that change.

I now see the entire world, in its myriad societies and their factions, all locked in a constant struggle between those who want to amass power to control others, and those who seek to control themselves — between authoritarians and citizens, and between conservative social forces (I mean this in terms of maintaining a status quo) and creativity (forces of change and evolution).

From controls on freedom of speech in one country to global climate change battles in the houses of parliament of another, from the recognition of ignored or unaddressed crimes against a people to the rash of “treason” laws adopted in almost every nation — it’s all about power: who wields it, what they are willing to do to keep it and how those who don’t have it can get some.

In the U.S., today’s college students (including those in our classes) have already lived through historic protest waves — the Women’s March, high school walk-outs over gun violence, Black Lives Matter — as well as a global pandemic. In some sense, you’ve written their history. What do you hope that it offers them?

Everyone has a stake in this world. I hope these books help show students that despite the forces against them — physical, societal, legal, internal — they are not alone and can effect real change.

I would also hope that the books lend readers a global perspective to the ongoing human struggle and ultimately foster a sense of compassion. I want them to see that the world is far bigger and more complex than perhaps they were aware — and also that those distant places are closer to them than they realize.

Many of the incidents discussed were only recorded in brief local or underground newspaper mentions, humanitarian reports or eyewitness accounts, and so would be otherwise lost to history. In addition to the successes, these books document (and serve as a monument to) the thousands of struggles that were only successful locally, or that failed — and to the activists who risked being beaten, imprisoned or even killed to change their world.

Movement histories often exist in the shadow of “the ‘60s,” but your books establish student protest as a constant — the rule, rather than the exception. What do you think we gain by moving beyond a focus on the ‘60s?

A lot has happened since the ‘60s — Tiananmen Square, the Eastern European color revolutions, the Arab Spring, the Latin American Spring, the pro-democracy battles in Africa and Asia, the #MeToo movement, Black Lives Matter, and the global climate strikes, to name but a few.

There is a perennially flowering idealism in new generations, and youth have creativity on their side and a willingness to risk, sometimes everything, to throw off the yoke of another.

The ‘60s protests were watershed, yes, and they serve as both milestones and symbols, but the world has traveled far beyond them. We’ve had at least two massive waves of student protests globally, though I see these as more or less constant waves moving around the globe, often washing across regions or continents.

The first major post-‘60s wave coincided with the rise of the internet, and the second came with the proliferation of the cell phone and the rise of social media. It is no accident that there has been an explosion of activism corresponding with the proliferation of the cell phone, which allows the immediate networking of individuals, and also empowers each with a voice (and a camera). The next generation has found it has both agency and power. They want their societies and world to be different than what they’ve inherited.

And they’ve used that agency and power toward so many different ends. The movements you document seem to break down, roughly, into two main categories: those that address the interests of students as students and those that attempt to shape the future more broadly. What connections do you see among them?

I think you are right in identifying that split. Sometimes they are separate. Sometimes they overlap. And, as we’ve seen in many places recently, sometimes a student movement can blossom into a massive social movement — or even spark a revolution. 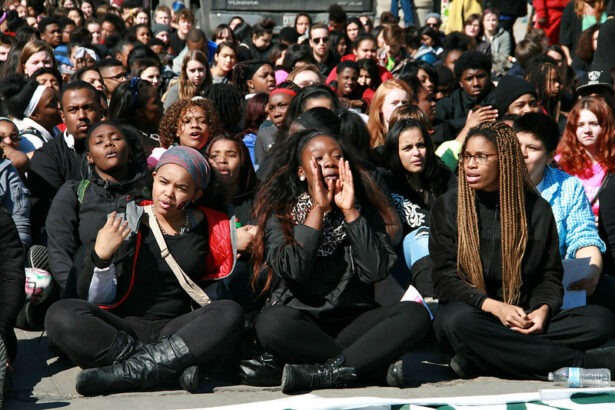 A students walk out and sit in on March 9 for Tony Robinson, who was killed by police in Madison, Wisconsin. (Flickr/Sarah Mittermaier)

Some of those general collective concerns you allude to have to do with self-determination (such as pro-democracy movements in Hong Kong, the Democratic Republic of Congo, Algeria, Venezuela and others), historical injustices faced by new generations (including the #MeToo Movement and Black Lives Matter), and the existential crisis facing us due to climate change and the gross mismanagement of the earth’s resources.

Reading these stories is a bit of a roller coaster. On the one hand, it is incredibly heartening to see young people putting their hopes into action and compelling changes. There is also a lot of brutality in this history, though. Arrests, beatings, torture and murder by authoritarian regimes are a constant.

That authoritarian toolbox is medieval, and the sheer relentlessness of malice and horror uncovered by our research took a tremendous emotional toll. We were clearly not prepared for the extent of the brutality we would find. There were times when we each needed to take a break from the material for a while.

That said, what inspiration and successes we found, as well! No matter how bleak it gets, how vicious the authoritarian, or how controlling the state (and I’m thinking here of China’s stranglehold over information), there are those who will and do resist. And they often will be young. Just as the tactics and brutality of authoritarians have continued, so, too, has a drive for independence, freedom and self-determination.

Authoritarianism does seem to be on the rise in recent years. What lessons do young people in the 21st century offer us for resisting it moving forward? What is new here?

Those in power have more tools than ever. In addition to cudgels and capsicum spray, new laws that define protesters as “terrorists” and mandate harsh sentences for convictions have proliferated, as well, even in the U.S., France, and the U.K.

States and authoritarians use technological advancements in surveillance to identify members of opposition groups for arrests, new tactics (such as kettling protesters or bringing in police from outside a community to suppress local protests), controlling education, or revising history (all references to the Tiananmen Square massacre, for example, have been deleted from China’s internet, as well as unwanted words or phrases, such as #MeToo).

But the state is always slower to change than those resisting it. There is a perennially flowering idealism in new generations, and youth have creativity on their side and a willingness to risk, sometimes everything, to throw off the yoke of another.

We see that in the defenders of Ukraine, but we also see it by thousands of young Russian students that came out onto the streets of Moscow to protest the war, facing beatings and immediate arrests.

Before I let you go, what question do you wish that I had asked you?

I would have wanted you to ask if, after all this, I was an optimist.

Dawson Barrett is associate professor of U.S. History at Del Mar College in Texas. His books include "Teenage Rebels: Successful High School Activists from the Little Rock Nine to the Class of Tomorrow," "The Defiant: Protest Movements in Post-Liberal America," and "Punks in Peoria: Making a Scene in the American Heartland."