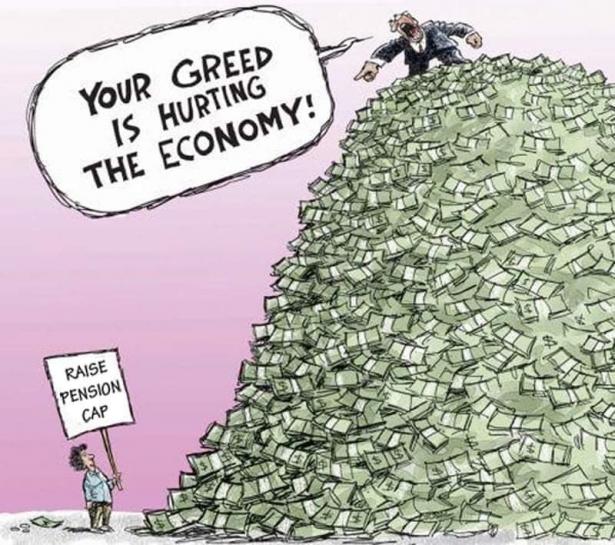 CP Rail workers and management entered binding arbitration to resolve their labour dispute on March 22 — three days after workers were locked out by the employer.

Binding arbitration means the new contract will be decided by a third-party arbitrator rather than through negotiations between employer CP Rail and Teamsters Canada Rail Conference (TCRC), which represents conductors and engineers.

“The decision to agree to final and binding arbitration is not taken lightly,”  TCRC spokesperson Dave Fulton said in a statement.

“While arbitration is not the preferred method, we were able to negotiate terms and conditions that were in the best interest of our members.

On March 4, 3,000 TCRC members voted for a strike mandate with 96.7 per cent support, but the union said it wanted to continue bargaining past the March 16 strike deadline it set. On the day of the deadline, CP Rail instead gave the union a 36-hour lockout notice.

There was immense pressure on the Teamsters and CP Rail to reach a deal.

Prior to the lockout, the three Prairie province premiers — Saskatchewan’s Scott Moe, Manitoba’s Heather Stefanson and Alberta’s Jason Kenney — wrote a letter to the federal government asking them to “take immediate and effective measures to ensure that service on Canadian Pacific’s critical rail network resumes as quickly as possible,” citing the impact of a work stoppage on “Canada’s reputation as a reliable supplier.”

In case there was any doubt as to what that means, Moe made explicit earlier that day his desire for the federal government to “immediately implement back to work legislation” and declare rail service as essential to prevent future disruptions.

By contrast, Conservative former prime minister Stephen Harper ordered CP Rail workers back to work in May 2012 after they had been on strike for less than a week.

Harper’s labour minister in 2012, Lisa Raitt, used language identical to that of the Prairie premiers last week: “The work stoppage is preventing our ability to keep products moving in and out of Canada and that undermines Canada’s reputation as a reliable place to do business,” she said.

However, the Liberals used back-to-work legislation in November 2018 to force the end of a Canadian Union of Postal Workers strike. More recently, they used a similar law to end the Port of Montreal strike in April 2021.

CP Rail implemented a brutal round of cuts from 2012 through 2016 to enrich shareholders, which resulted in the elimination of 4,500 jobs, or 23 per cent of the company’s workforce This left workers who kept their jobs to do more with less.

In its statement announcing the lockout notice, CP Rail claimed its workers are already paid well, arguing TCRC workers’ wages have increased by 43 per cent since 2007. The company also contrasted the average wage of $135,442 for an engineer and $107,872 for a conductor with the $65,138 average Canadian income.

Between 2007 and 2020, CP Rail executive base salaries increased by an average of 104 per cent, Tucker said, citing shareholder documents for both years. This is a conservative estimate, since the compensation figures for 2021 aren’t publicly available.

While engineers and conductors make much more money than the average Canadian, presenting those figures devoid of context ignores how much training goes into those roles than most jobs, he added.

Fatigue is a major safety issue

Since 2020, the Transportation Safety Board of Canada has identified worker fatigue as a significant safety risk for rail workers.

“One of my concerns is that sometimes these important health and safety issues can get bargained away,” Tucker told Rankandfile.ca. “It’s an important issue for the workers but public safety as well.”

According to TCRC, CP Rail wanted workers in this round of bargaining to accept spending more of their federally-mandated reset time away from home, which the union argued would lead to further fatigue.

“This would extend lay-overs, or the time spent en route, by a minimum of 32 hours,” spokesperson Fulton said in a March 18 news release. “However, the intent of this provision was to have the reset break occur at the home terminal to achieve proper rest and work-life balance.”

“It’s perverse when you think about it,” Tucker said. “In the short term, [safety measures] may cost us money but it takes one major derailment in an urban centre to recognize that [neglecting them] wasn’t really saving you any money.” 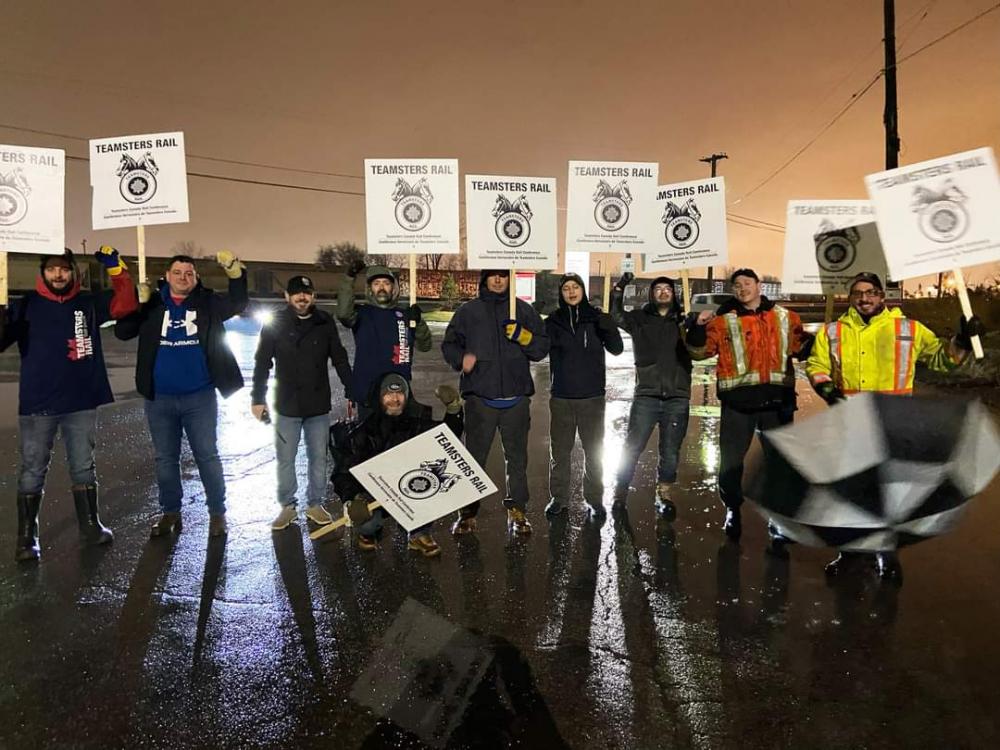 You would have known none of the above if you got all your information on the lockout from mainstream Canadian media, which focused almost exclusively on the economic impact of the dispute on Canadian producers and the government’s response.

A Canadian Press story from March 23 headlined, “Industry calls for ‘permanent’ supply chain solution in wake of CP Rail work stoppage,” went to the CEO of Fertilizer Canada, the Western Grain Elevator Association, O’Reagan, a supply chain management professor and a vice president of the Business Council of Canada for comment. All agreed with the headline’s premise.

The causes of the “work stoppage” are entirely absent from the piece that was spread across various news outlets.

“There are more than two dozen outstanding issues involved in the dispute, including wages, benefits and pensions,” the piece notes in passing without elaboration.

Someone at Global must have realized the physical impossibility of walking off the job you’re locked out from, because the headline was soon changed to, “CP Rail strike begins after workers locked out by employer, threatening supply chains.”

They knew it was a lockout but decided to call it a strike in the headline regardless.

The story itself dedicates exactly 15 words to the cause of what it describes as a “long-simmering contract dispute” — “The two sides are at odds over 26 outstanding issues, including wages, benefits and pensions.”

If you want to know what they are, you must look elsewhere.

Before the lockout, a March 16 CTV News story simply ignored workers’ concerns completely, tacking on a vague statement from O’Reagan about the value of collective bargaining at the end of a piece detailing the potentially “devastating” impact of the disruption on the supply chain.

The corporate media will always defer to corporate interests because those are the interests that pay its bills, even at our public broadcaster. As a result, labour concerns are either downplayed or entirely absent, with notable exceptions.

This is precisely why we need Rankandfile.ca and other independent progressive media outlets — to consistently present points of view that are shut out of the mainstream discussion.

RankandFile.ca was established in 2012 as a Canadian labour news website.  RankandFile.ca is committed to building a network of rank-and-file labour activists across the country. We believe sharing stories, experiences, debate, and analysis around our collective struggles strengthens our movement and builds solidarity.  DONATE NOW