Will Biden Ever Stand Up to the IMF’s Abuses of Power?

The IMF claims to deliver stability, strength, and solidarity. Its record shows the opposite.

April 19, 2022 David Adler The Guardian
Printer friendly
Will Biden Ever Stand Up to the IMF’s Abuses of Power? Published April 19, 2022 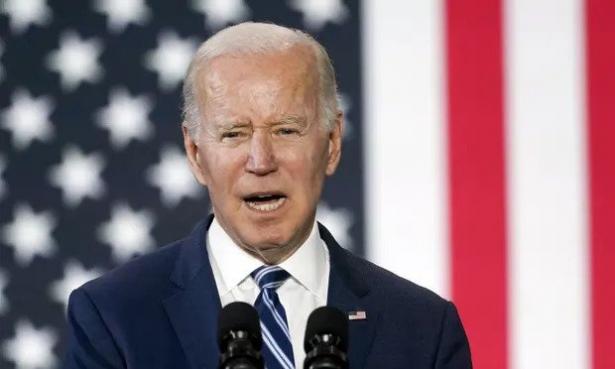 This week, the board of governors of the International Monetary Fund (IMF) will gather at its headquarters in Washington DC to reaffirm the Fund’s three-part mandate: financial stability, economic strength, and – as its managing director, Kristalina Georgieva, recently asserted – international solidarity. “I am determined that we will support our members however we can,” Georgieva said of the Fund’s new spirit. “Now is the time to take advantage of this opportunity to build a better world.”

Georgieva is right: it is now or never. The “largest spate of debt crises” in a generation hangs over the global south. Two ingredients compose this ticking debt bomb: rapidly rising levels of public debt among the world’s poorest countries, and a rapidly rising percentage of that debt issued at variable interest rates. The combination of these two ingredients mean that even minor rate hikes in rich countries will have explosive consequences across the developing world – just as supply chains seize, food prices soar and the Covid-19 pandemic rampages through the world’s under-vaccinated populations.

In short, the global south has never needed more support in its search for stability, strength and solidarity. But even a cursory glance of the IMF’s global activity reveals a systematic violation of this mandate, inflaming – rather than resolving – the crises of health, hunger and habitat that combine in the world’s poorest countries.

Consider Argentina. In 2018, the IMF ignored warnings from its own staff to push through a $57.1bn loan to the Republic of Argentina under President Mauricio Macri: the largest loan in the history of the Fund. Did the loan deliver on the IMF’s mandate of financial stability? The opposite: inflation rose, employment fell and capital fled the country at record rates. Now, well after Macri has been evicted from office, the people of Argentina continue to pay the price. Argentina’s economy minister, Martín Guzmán, put it bluntly in his letter to Georgieva last month: “None of the objectives of the program were achieved.”

What about economic strength? At the start of the Covid-19 pandemic, the IMF declared its ambition to deploy $1tn to fight the virus, protect the world’s vulnerable populations, and sustain their economies through the global shock. “Very unusual for the IMF,” Georgieva said in April 2020, “I would go out and I would say: ‘please spend’. Spend as much as you can and then spend a little bit more.”

Too unusual to be true: of the 85 countries that received pandemic support from the IMF, 73 of them have been forced to undertake austerity measures in the name of “fiscal consolidation”. Last year’s Oxfam report is a world tour of the IMF’s broken promise to build and maintain strong economies: wages cut in Tunisia, welfare retrenched in El Salvador, energy subsidies eliminated in Egypt. IMF austerity does leave the top 10% of earners economically stronger – but only by making the bottom 90% poorer.

These statistics spell trouble for the IMF’s solidarity mandate. But perhaps the best illustration of the Fund’s approach to solidarity can be found in its surcharges: the punitive, pro-cyclical and entirely unnecessary fees that the IMF extracts from its most heavily indebted countries. One might imagine the IMF would reduce if not eliminate its surcharges to align with its “new spirit of solidarity”. But again, the opposite: surcharge fees doubled from $1bn to $2bn between 2019 and 2021, while the number of countries facing surcharges rose from nine to 16. By 2025, the IMF expects that number to rise to 38.
The IMF’s surcharges directly target the world’s vulnerable populations. In Ukraine, for example – where Volodymyr Zelenskiy’s government struggles to stave off Russian invasion while providing for over 7 million displaced people – the Fund will have extracted $423m worth of surcharges in just two years: 25% of the country’s entire healthcare budget. “Surcharges are going exactly against what [the IMF is] supposed to be doing,” Nobel laureate Joseph Stiglitz said in a recent event at the Center for Economic and Policy Research. “It’s supposed to be helping countries … not extracting extra rents from them because of their dire need.”

The IMF’s broken mandate may hit the global south hardest, but its consequences are planetary. In countries like Mongolia and in Mozambique, for example, the IMF is driving coal and gas extraction with tax breaks for fossil fuel corporations. It will be frontline communities in those countries that will suffer the most from climate collapse. But all nations heat in unison. Even the most air-conditioned countries do not have the luxury of ignoring the IMF’s climate record as a problem of the poor alone.

How, then, does the IMF get away with it? The Fund is a public institution funded by taxpayer money and controlled by member governments. From Argentina to Ecuador, Pakistan to Egypt, people around the world have risen up to protest IMF measures and demand a different course for the publicly funded institution. Experts have added legal substance to this widespread outrage, documenting the IMF’s violations of international law and acts of ultra vires.

The IMF simply shrugs. “The IMF does not respect UN resolutions or the UN charter,” economist Andrés Arauz told the Progressive International’s Inquiry last week. This is not a secret: in a letter to Juan Pablo Bohoslavsky, independent expert at the Office of the High Commissioner for Human Rights at the UN, the IMF clearly states the case for its impunity: “The IMF has not accepted the Declaration on Human Rights as the motivating principle of our operations.”

The IMF’s abuse of power, then, comes as no surprise. It is a natural response of an institution unmoored from the laws of its member states and the United Nations that connects them. Tweaking the Fund’s mandate will not do the trick. Only strong mechanisms of accountability – changing both who decides and how – can end the Fund’s impunity. Fortunately, we have no shortage of proposals for this mechanism, from the UN’s Economic and Social Council to the International Court of Justice. What we have lacked so far is political will – in particular, in the IMF’s largest shareholder and only veto-wielder, the United States of America.

Here, we may have cause for optimism. The United States government appears to have rediscovered its passion for human rights, international law and the UN charter. Perhaps this selective passion will flower into a universal one, and the US will demand the application of these principles to the International Monetary Fund. This week’s spring meetings provide an opening for such an intervention. But few of the Fund’s southern members are holding their breath.