Corporate monopolies are already controlling prices — to keep them high. It’s time to do something about it. 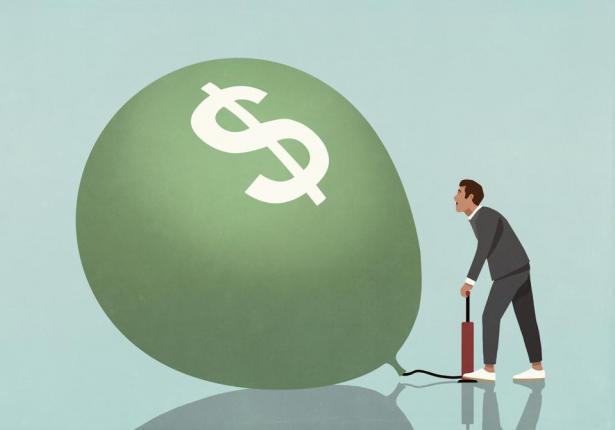 Though corporate America would like us to believe otherwise, the retail prices of essential goods like food and energy are not set by simple supply and demand.

In large part, they’re determined by the corporate cartels that have vanquished their competitors — and Wall Street speculators who place bets on the future availability of commodities.

With price hikes for energy, gas, and food remaining stubbornly high, it’s time to do something about it. That’s why some experts now support a fix that was long considered taboo: limiting what corporations can charge for certain goods.

In other words, price controls.

Price controls tend to outrage many economists and business-friendly politicians. But curbing excess profits and making essentials more affordable would be politically smart — and effective.

The public is clearly worried about high gasoline prices, and polls show that a majority think corporations are fleecing them. There’s a good reason for that: While the pandemic certainly created logistical and supply chain headaches, it’s equally true that corporate profits are soaring amid all the suffering.

That’s no coincidence. Corporations that have near monopoly power in their sector understand that the pandemic has given them the perfect cover to profiteer.

In some sectors of the food industry — where just four companies control about 85 percent of the beef market and three companies dominate the chicken business — CEOs are telling shareholders that they raised prices above their additional costs simply because they could. Let’s take them at their word.

Setting reasonable maximum prices for essentials like food, gasoline, and energy would reduce out of pocket costs to consumers — and therefore curb excessive profiteering by corporate giants.

We could start in the mega-consolidated food industries, where the meat and dairy giants exert considerable control over pricing. (Indeed, the companies that control the meat industries regularly face price-fixing accusations.)

There’s historical precedent for such actions. Price controls were a key concern of the Roosevelt administration’s Office of Price Administration during World War Two. Controls remained available in the decades that followed, either as a wartime measure or to properly align wages and worker productivity.

Even President Nixon instituted short-term controls on prices and wages in response to an inflation spike. It wasn’t until the Reagan administration that lobbying by corporate interests eventually succeeded in eliminating these constraints on their power.

We’ve all been taught that prices are determined by supply and demand. But that really only applies in theoretical, competitive marketplaces. Rampant corporate concentration upends those assumptions in many parts of the economy, granting the dominant players the ability to keep prices high — to the delight of Wall Street investors.

In short, we already have price controls — they’re just being set by corporate powers to keep prices higher.

The federal government has a range of powers it could use to protect consumers, public safety, and the climate. Unfortunately, the Biden administration is opting instead for short-term moves of dubious benefit — like releasing oil from the strategic reserves and waiving pollution rules to encourage more ethanol-blended fuels to hit the market before the summer.

The White House can and must do more.

In the short term, showing the political courage to confront corporate power and deliver tangible relief to families being squeezed by corporate greed will resonate with voters.

Over the long term, the answer is to pass legislation that breaks up corporate consolidation, like a bill recently introduced by Senator Elizabeth Warren and Rep. Mondaire Jones of New York that would block corporate mega-mergers that harm workers and consumers.

These are the kinds of steps we need to take to create an economy that works better for everyone.