Revealed: 93% of Districts in Major Us Cities Unaffordable to Black Residents

May 10, 2022 Sam Levin The Guardian
Printer friendly
Revealed: 93% of Districts in Major Us Cities Unaffordable to Black Residents Published May 10, 2022 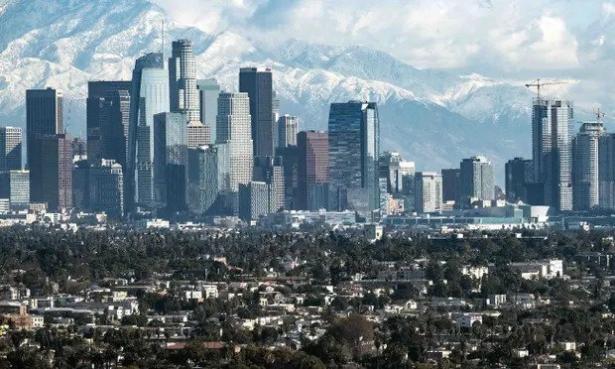 More than 90% of neighborhoods in America’s major cities were unaffordable to the majority of local Black residents at the start of the pandemic, according to a new study on the worsening housing crisis in urban regions across the US.

The National Equity Atlas, a research initiative focused on racial and economic equity, compared rents and wages in the 100 most populous American metropolitan regions in 2019 and examined whether the majority of households of different racial groups made enough income to afford median market rents in their neighborhoods.

The findings, published on Tuesday and shared exclusively with the Guardian, paint a bleak picture of both severe racial inequality and a growing shortage of affordable housing in cities across the US. The authors found that:

The majority of zip codes that were affordable for Black, Latinx and low-income households were classified as “low opportunity” neighborhoods, meaning they have long suffered from disinvestment and lack high-quality schools, clean air, parks, safe streets and good jobs, the researchers said.

“Longstanding patterns of racial segregation are deepening,” said Rasheedah Phillips, co-author of the report and director of housing at PolicyLink, a research organization that co-produces the National Equity Atlas with the USC Equity Research Institute. “Low-income Black and brown households are being pushed out of their neighborhoods … and confined to the outskirts of what are otherwise prosperous cities.”

The crisis was particularly acute in California, which has some of the least affordable housing in the nation and a humanitarian homelessness disaster.

Research in LA has repeatedly found that families are living in overcrowded homes in immigrant and Latinx neighborhoods.

“In California, incomes are not keeping up with rents, and we’re not building housing for people with low-incomes,” said Sarah Treuhaft, PolicyLink’s vice-president of research.

That trend played out in a majority of regions, the study concluded. Out of the 100 metro areas, 81 saw a decrease in affordability, 16 saw no change, and only three had moderate increases: Baton Rouge, Louisiana; Madison, Wisconsin; and Wichita, Kansas. All metro areas had zero zip codes affordable to very low-income households or people making less than 50% of the median income.

Experts expect the crisis will only continue to grow. There are signs that the crisis has escalated since 2019, the authors noted; rents increased at sharp rates in cities across the US in 2021, and estimates show that as of April 2022, nearly 6m households were behind on rent in the US, roughly double the pre-pandemic figure. Meanwhile, Covid eviction protections are expiring across the country and America’s major cities are struggling to respond to escalating homelessness.

The researchers based their analysis on housing data from the real estate site Zillow and income figures from the US census, and looked at the changes from 2013 to 2019, the latest available data.

By using median incomes and median rents to determine whether a zip code was affordable, the authors noted, the research illustrated the challenges facing households searching for available rentals, as opposed to the cost of all existing housing units in the region. Neighborhoods they deemed unaffordable still had some affordable rentals, but they were not plentiful.

The authors urged local governments to protect vulnerable renters by creating permanent eviction protections and rental assistance programs. Cities should also prioritize preserving and expanding affordable housing units in gentrifying neighborhoods, so that when low-income renters are displaced from their homes, there are other options in their communities, the researchers wrote. They cited ongoing efforts in Rhode Island, Virginia and Missouri to invest federal money into housing trust funds meant to maintain and build units for low-income tenants.

The report also advocated for investments to improve the quality of “low opportunity” neighborhoods, and cited local reparations programs meant to address the harms of racist housing policies. Evanston, Illinois, for example, established a “restorative housing” fund to provide Black residents with homeownership grants after decades of discriminatory zoning.

Treuhaft said governments should prioritize spending Covid stimulus funds on housing. “There is an opportunity now in this moment of recovery to address these longstanding issues with targeted investments in communities that will otherwise be left behind.”