Supreme Court: Concealed Carry May Be Next

It's not only on abortion that the justices’ understanding of the Constitution is at odds with respect for the rights of citizens. They're about to rule on a big Second Amendment case as well.

May 13, 2022 Michael Waldman Brennan Center for Justice
Printer friendly
Supreme Court: Concealed Carry May Be Next Published May 13, 2022 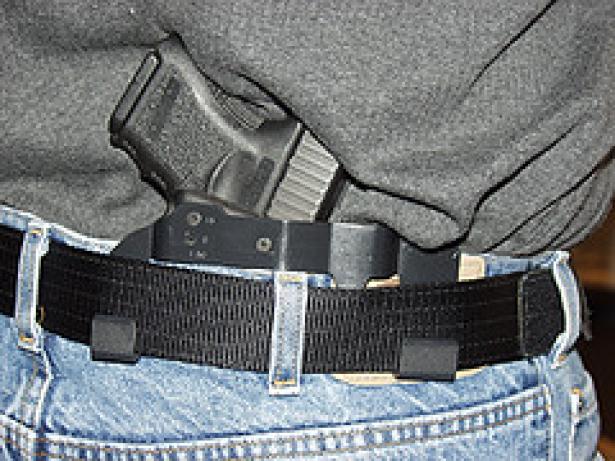 Another Supreme Court decision may soon send shock waves. It’s the first time the justices will rule on what the Second Amend­ment means since 2010.

For centur­ies, the Second Amend­ment was construed as refer­ring to service in the mili­tia. It wasn’t until 2008 in District of Columbia v. Heller that the Court estab­lished an indi­vidual right to gun owner­ship. The decision was the culmin­a­tion of a decades-long campaign by the National Rifle Asso­ci­ation and other gun rights allies, as I wrote in my book The Second Amend­ment: A Biography. (Two years after Heller, in McDon­ald v. City of Chicago, the Court forbade states, not just the federal govern­ments, from infringing on the gun owner­ship rights recog­nized in Heller.)

The Supreme Court has not made a major Second Amend­ment ruling since 2010. Mean­while, hundreds of judges around the coun­try developed a robust approach to the Second Amend­ment, as my Bren­nan Center colleague Eric Ruben has docu­mented. Yes, they have ruled, it is an indi­vidual right, but like other indi­vidual rights, there can be restric­tions based on soci­ety’s needs, such as public safety. The judges borrowed an approach from the First Amend­ment known as “tiered scru­tiny.” The vast major­ity of gun laws were upheld.

Now there’s a new Supreme Court super­ma­jor­ity of six justices. The NRA is bank­rupt and discred­ited, but its polit­ical power lives on in the life­time-tenured justices, many of whom the organ­iz­a­tion pushed into power. This case is the result.

New York State Rifle & Pistol Asso­ci­ation Inc. v. Bruen chal­lenges a 1913 New York law limit­ing who can carry a concealed weapon in public places. In order to get a concealed carry license, New York­ers must show that they have “proper cause” — basic­ally a greater need for self-protec­tion than others in the community. The law’s chal­lengers contend that the Second Amend­ment guar­an­tees them the right to carry a concealed weapon without the permis­sion of a licensor.

At the oral argu­ment, Justice Samuel Alito asked New York State’s lawyer a start­ling ques­tion: “There are a lot of armed people on the streets of New York and in the subways late at night right now, aren’t there?” Alito added, “All these people with illegal guns: they’re on the subway, walk­ing around the streets, but ordin­ary, hard­work­ing, law-abid­ing people, no. They can’t be armed.”

The sugges­tion that anyone would want subway riders to be carry­ing guns is absurd. Perhaps the justice is spend­ing too much time in his base­ment watch­ing 1970s Betamax tapes of The Warri­ors or Death Wish. That dysto­pian depic­tion of the transit system hasn’t been the real­ity in decades, if ever. Indeed, in Essex County, New Jersey — where Alito grew up, popu­la­tion approx­im­ately 800,000 — there were more than 150 shoot­ings last year. Compar­at­ively, the subway system recor­ded just three in the same time frame, while moving hundreds of millions of passen­gers.

The idea that “ordin­ary, hard­work­ing, law-abid­ing people” should show up armed on a subway, or a college campus, or for that matter a city street, is utterly at odds with the real world and real life as real people actu­ally live it. But this Court, drenched in dogma and origin­al­ist faux-history, may force that on cities all across the coun­try.

Perhaps they will rule that cities can bar guns from unusu­ally danger­ous places. (The argu­ment spent a surpris­ing amount of time on the ques­tion of whether the campus of the NYU School of Law was, in fact, a campus, or was too groovily urban to be seen that way.)

Some observ­ers expect Justice Clar­ence Thomas to write this opin­ion. He has repeatedly decried the Court’s unwill­ing­ness to blow up gun laws. He thinks that there should not be First Amend­ment-style scru­tiny but rather a sole focus on “text, history, and tradi­tion.”

Fortu­nately, there is much “history” and “tradi­tion” that supports restric­tions on carry­ing weapons. We may hear Holly­wood-infused ideas of “law-abid­ing people” pack­ing heat. In fact there’s a strik­ing photo from Dodge City, the legendary fron­tier town. It shows a sign planted in the middle of its main street: “The Carry­ing of Fire Arms Strictly Prohib­ited.”

Bruen may be a bigger case than Heller. Only a hand­ful of Amer­ican cities had DC-style bans on hand­guns inside the owner’s home, so the Heller decision didn’t touch most of the coun­try. In contrast, eight heav­ily popu­lated states have concealed carry laws similar to the one at issue in Bruen. If the Court strikes down New York’s law, roughly one-quarter of Amer­ic­ans can expect to inter­act with people carry­ing deadly weapons.

The Supreme Court could issue a more limited ruling in Bruen, for example rescind­ing the “proper cause” require­ment of the New York law without declar­ing an abso­lute consti­tu­tional right to concealed carry. But recent history suggests these justices aren’t inter­ested in limited rulings. Watch out for fall­ing preced­ents.

Remem­ber what Justice Antonin Scalia, who wrote Heller, said of his colleague Clar­ence Thomas. When asked about the differ­ence between their juris­pru­dence, Scalia replied, “I am a textu­al­ist. I am an origin­al­ist. I am not a nut.”