The American labor market is characterized by high levels of employer power. 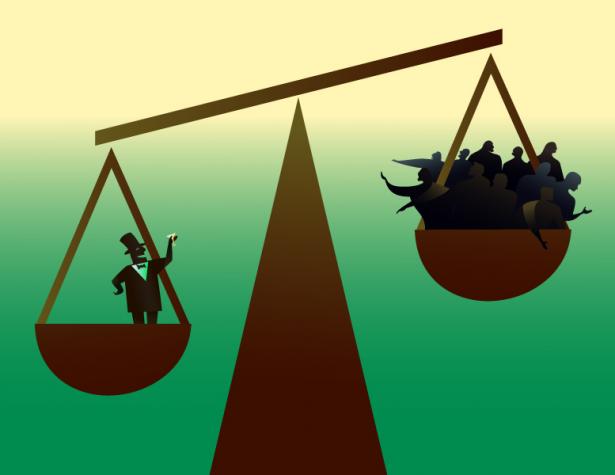 On March 7, 2022, the U.S. Department of the Treasury issued a report titled, “The State of Labor Market Competition.” It is not what one might expect from the U.S. government. It is apparent that something is unusual when the first chapter is “Theories of Labor Market Power,” and the word “power” appears 15 times in the executive summary, 12 times in the introduction, and too many times to count in the body of the report. Power, after all, is generally absent from mainstream myths of how labor markets work.

The basic message of the report is that: “...The American labor market is characterized by high levels of employer power.” And:

...A careful review of credible academic studies places the decrease in wages at roughly 20% relative to the level in a fully competitive market. In some industries and occupations, like manufacturing, estimates of wage losses are even higher.

At the center of employers’ power is that many firms operate as monopsonies in the labor market. A pure monopsony is the only buyer in a market, but a very large employer, or a few very large employers, in a market can operate in a monopsonistic manner. Like monopolies that can largely set the prices of what they sell, monopsonists can largely set the prices—wages in the context of the report—of what they buy.

Good examples would be a Walmart store or an Amazon warehouse in a comparatively rural area, where employment options are relatively limited. Indeed, the message of the report is illustrated by a 2018 report in The Economist:

In the years since Amazon opened its doors in Lexington County [South Carolina], annual earnings for warehouse workers in the area have fallen from $47,000 to $32,000, a decline of over 30%.

Employers’ power, however, is exhibited in several ways beyond the direct setting of wages.

Power in the Labor Market

Examples from the report of how power exists or is created in U.S. labor markets include the following:

The high cost for workers of moving to take advantage of better job markets elsewhere also reduces their power, without any direct action by employers.

As compared to the textbook fantasy of “free markets,” including labor markets where employers and employees enter on equal footing, the reality described in the Treasury Department’s report makes one of the foundations of economic inequality very clear. Keeping workers’ wages down—by 20%—means keeping employers’ incomes (and their wealth) up.

It appears, then, that labor markets operate in tandem with other, more frequently cited sources of rising inequality—the form globalization has taken, the decline of labor unions (which employers actively pursue), new technology, rising monopoly power (along with rising monopsony power), and lack of government enforcement of economic regulations.

Economic inequality is the result of a combined set of factors and cannot be fully understood in terms of a single cause. The operation of labor markets, however, is an important one of those factors.

ARTHUR MACEWAN is professor emeritus at UMass Boston and a Dollars & Sense Associate.