Maps That Can Fight a Housing Crisis

Urban residents know about the housing-related problems that hurt their city, from overcrowding to redlining. What if they had a visual display of where things are worst?

May 21, 2022 Scott Beyer Governing
Printer friendly
Maps That Can Fight a Housing Crisis Published May 21, 2022 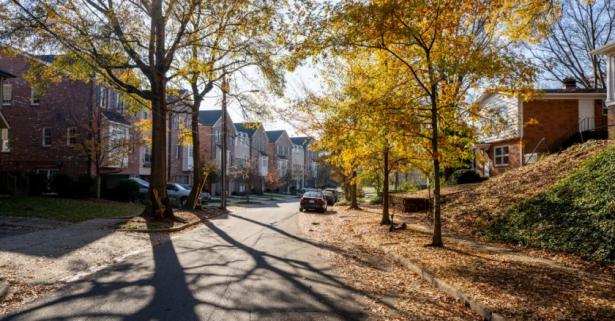 A residential neighborhood in Charlotte, N.C. GIS has identified parcels across the city that had untapped development potential, including ones located along existing bus routes, making them ideal places to build for car-free residents., Felix Mizioznikov/Shutterstock

This is the second installment in a two-part series describing how a constantly evolving mapping technology called geographic information systems (GIS) can be used to improve the two pillars of U.S. urban land use: housing and transportation.

In part 1 we covered transport, describing how private companies use GIS to track mobility patterns, and what public agencies can learn from them. Here we explore how GIS can be used to spur political momentum for affordable housing. It involves mapping out where such housing is needed and where regulatory burdens exist to prevent it from getting built, so planners can use data visualization to better communicate these problems with the public.

The Department of Housing and Urban Development’s Community 2020 survey was developed using Maptitude. The genesis of this program was a desire to improve communication around Community Development Block Grants, by letting community organizations, state and local governments, and NGOs map their spending and facilitate citizen participation.

GIS can correct misconceptions about the supposed negatives of affordable housing. Government Technology observes that the Community 2020 survey debunked a claim that a HUD program was serving non-residents of a municipality near Baltimore, when in fact it was attracting current residents. Additionally, GIS can be used to show graphically (as it did in Tucson, Ariz.,) which areas in a city suffer from low incomes, high crime, or poor education levels.

Paul Kardous, a Charlotte-based architect, undertook a GIS study of possible affordable housing sites in the city. Kardous created a database of land owned either by government authorities or nonprofits (such as religious organizations), and found that many parcels across the city had untapped development potential, noting that several such parcels were located along existing bus routes, making them ideal places to build for car-free residents.

Kardous added “layers” such as access to grocers or pharmacies as part of the weighting to determine a suitable site. Maps provided by the government of surrounding Mecklenburg County helped him build this database. The database included a Google Form that let users make suggestions based on their analysis of each parcel’s suitability, while proposing additional locations.

Similar efforts have taken place near Seattle, where planners have used GIS to evaluate suitability for affordable housing on sites near transit lines. In Texas, Harris County developed a GIS database that assessed affordable housing in terms of access to hospitals and other services, as well as criteria that make an area less desirable, such as proximity to superfund sites. It found that the Houston neighborhood of Midtown was desirable on these criteria, while the Alief neighborhood was considerably less so.

Kardous says GIS is good at conveying the need for affordable housing, because maps are a more persuasive communication means than ordinary numbers on a spreadsheet. “Mapping,” he says, “makes things clear for people to understand. I thought putting the available data and the ease of a map together would make it very clear to people where the best place to place affordable units would be.”

The layering function of an online map is particularly valuable, because it can show a variety of factors in one place. Viewers can examine several different factors at the same time and weigh their importance. For instance, a site might be thought of as ideal for housing construction thanks to a wide swath of developable land, but might be far from jobs, retail or transportation. Conversely, a vacant parcel might be closer to such needs, but could be in a flood zone, near a toxic waste site, or next to crime hot spots.

The ideal GIS platform for a large city would look a lot like the Charlotte and Houston efforts. It would give residents a holistic look at their city. Such a map would let the public simultaneously view which parts of the city are segregated, overcrowded, amenity-rich, transit accessible and much more — not to mention how such areas are zoned (zoning layers are already commonplace in GIS mapping). Such dynamic products can illuminate, down to the very parcel, where new housing and transportation infrastructure ought to go, and the regulatory barriers that now prevent this.

Scott Beyer
A journalist who focuses on American urban issues. He can be reached at scott@marketurbanismreport.com or on Twitter at @sbcrosscountry.
Subscribe to Portside