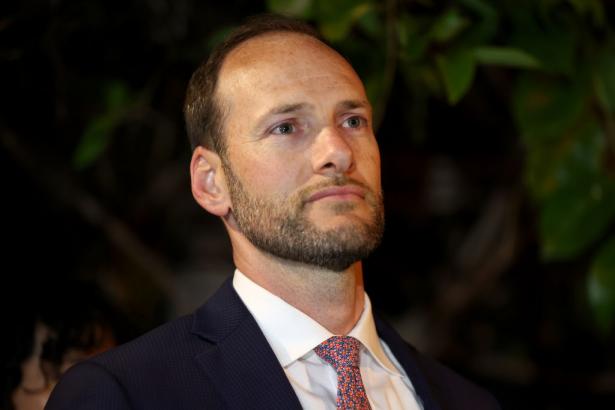 San Francisco voters overwhelmingly opted to recall their progressive district attorney, Chesa Boudin, on Tuesday night, ejecting the reformer from office not three years after he was elected promising “radical change to how we envision justice.”

There was little suspense. Boudin trailed in numerous polls of the recall, with several surveys in the weeks leading up to the election showing the recall succeeding by double digits — a reflection of widespread frustration with life in a city that, like so many others, is facing acute, overlapping crises in housing, affordability, and certain types of crime.

San Francisco’s troubles are not, despite what the recall campaign broadcast throughout the city, Boudin’s fault. There is zero evidence to suggest that his relatively decarceral approach in the district attorney’s office caused a spike in crime; in fact, rates of violent crime in the city dropped between 2019 and 2021, and San Francisco’s murder rate remains low compared to other major cities.

Boudin was unquestionably an activist district attorney — he ended his office’s use of cash bail, restricted its use of sentencing enhancements, and established an Innocence Commission to review possible wrongful convictions — but it’s not at all clear that voters were specifically rejecting his policy choices. Throughout the recall campaign, voters continued to tell pollsters that they support Boudin’s agenda. A San Francisco Examiner poll conducted in late May found that while 62 percent of voters disapproved of the district attorney himself, sizable majorities supported ending cash bail, sending people convicted of low-level crimes to diversion programs instead of jail, and expanding mental health treatments. A plurality supported stopping misdemeanor prosecutions altogether.

Californians, as Gil Duran noted in a piece on the Examiner poll, are as aware as anyone that mass incarceration has done nothing to keep communities safe. Despite the ferocious backlash against 2020’s Black Lives Matter uprising and the Democratic Party leadership’s wholesale embrace of police in its aftermath, tough-on-crime politicians did not sweep Tuesday night’s primary in other parts of the state.

But Boudin’s recall also demonstrated clearly the extent to which the voting population of San Francisco — California was on track for a historically low voter turnout on Tuesday — is struggling with the realities of life in a city where staggering levels of inequality have fractured communities and made life more precarious for all but the ultrawealthy.

San Francisco does not have high levels of violent crime. What the city has experienced intermittently since the onset of the pandemic are elevated levels of money-motivated crimes like burglaries and carjackings in its wealthiest neighborhoods — places like Pacific Heights, the Marina, and Haight-Ashbury, where the median income is well over $150,000. The San Francisco Chronicle reported in February that in the city’s ten wealthiest neighborhoods, the rate of money-motivated crime increased by 8 percent between 2020 and 2021 even as it fell in less affluent neighborhoods.

Again, there is no reason to believe that this is Boudin’s fault. San Francisco’s historically racist police force solves fewer than 9 percent of reported offenses, meaning more than nine out of ten crimes committed in the city never even reach the district attorney’s purview. A study conducted last year found that there is no correlation whatsoever between the crime rate and the policies of the district attorney, and tough-on-crime prosecutors like failed state attorney general candidate Anne Marie Schubert have had no more success lowering crime rates in their jurisdictions.

But the spike in money-motivated crime in San Francisco’s wealthiest neighborhoods is revealing. It makes it easier to understand how the narrative of a city in the throes of a terrifying crime wave took hold despite the relatively low rate of violent crime citywide, and it hints strongly at the broader problems Boudin was scapegoated for.

San Francisco’s crime patterns are in line with what you might expect to see when you have rampant economic inequality. A study published in Oxford’s European Journal of Public Health that surveyed thirty-three different countries found that “societies with large income differences and low levels of trust may lack the social capacity to create safe communities.” Similar studies have also linked inequality to crime, and San Francisco, as newly elected state assemblyman Matt Haney said two years ago, has “some of the most extreme inequality anywhere in the world.”

It also has plenty of people who were eager to demagogue perceptions about crime for their own gain. Though the recall had the support of a small number of prominent Democrats and a much larger share of Democratic voters, including Asian Americans, it was primarily funded by exorbitant sums of money from hedge fund manager and Republican megadonor William Oberndorf and a roster of Silicon Valley titans and venture capitalists who were politically opposed to Boudin from the beginning and started organizing to recall him before he’d been in office even a year. A number of those actors were also directly threatened by Boudin’s focus on prosecuting corporate malfeasance.

Boudin may have made a handful of mistakes in office, but his greatest sin, if anything, was winning election in the wrong year — taking office just months before the pandemic upended his city’s economy and the backlash against racial justice reforms won in the summer of 2020 began threatening the tenures of progressive prosecutors across the country.

If people in San Francisco and other major cities feel unsafe, it’s not because of prosecutors who aren’t interested in packing jails, but because the country is riven by inequality and inequality breeds social dysfunction that affects both poor and wealthy neighborhoods alike. It is completely understandable that San Franciscans are frustrated with the state of their city and anxious about the lack of security that has over the last several years increasingly permeated daily life for even relatively privileged Americans. It is unsurprising that much of the city and region’s elite set Boudin up to take the fall.

Removing Boudin won’t change the material conditions that set the stage for Tuesday night’s result. Boudin’s replacement will be chosen by the city’s centrist mayor London Breed, whose last handpicked candidate lost to Boudin in 2019. Whoever Breed appoints will be dealing with the same macro problems that Boudin faced but will be much less likely to pursue the progressive agenda that San Francisco steadfastly claims it wants.

As Boudin told his supporters at his election night party, he is part of a national movement “that recognizes we can never incarcerate our way out of poverty.” As long as San Francisco is so unequal, that inequality will continue to be a fact of daily life. Addressing its root causes — not cutting short the career of one district attorney — remains the only way to change that.

Abe Asher is a journalist whose reporting on politics, social movements, and the climate has been published in the Nation, VICE News, the Portland Mercury, and other outlets.