American workers are taking collective actions to address their pent-up demand for achieving a stronger voice and representation at work. This report suggests a need to re-evaluate labor laws and employers' responses to organizations. 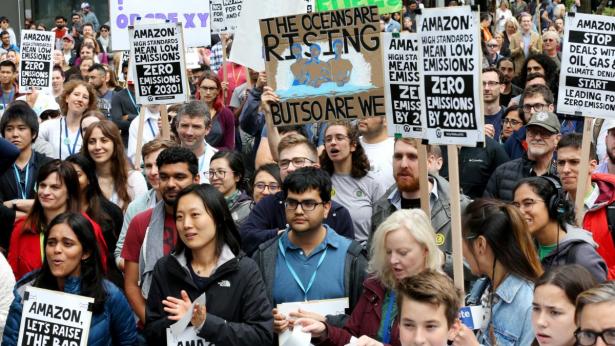 CAMBRIDGE, Mass., June 8, 2022 /PRNewswire/ -- A new report published today found American workers are taking actions through union organizing, strikes, and other forms of collective action to address their pent-up demand for achieving a stronger voice and representation at work. But their actions are making clear to the American public the obstacles workers face in forming unions under the election procedures provided in current U.S. labor law. 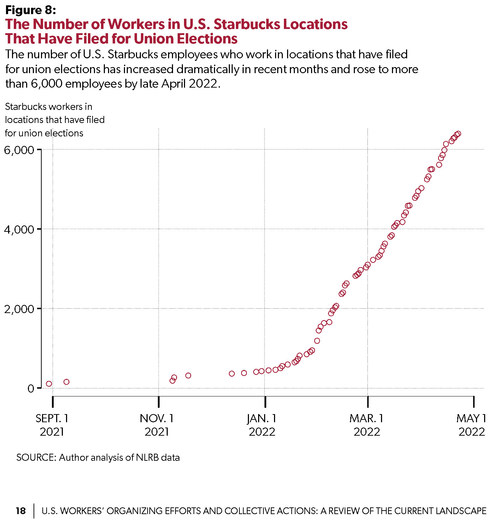 The report, U.S. Workers' Organizing Efforts and Collective Actions: A Review of the Current Landscape, summarizes research evidence on the size of the voice and representation gaps workers are attempting to fill, and provides examples of different strategies workers are using to address the gap.

The report is the first research product of the Worker Empowerment Research Network (WERN), an interdisciplinary network of labor market researchers. The faculty and PhD members of WERN who authored the report reviewed worker organizing activities over the past decade to explore the wide range of approaches American workers are taking to express their collective voices in their workplaces, companies, and communities. By highlighting the wide range of organizing and collective actions occurring across the country, the researchers hope to lay a foundation for a broad-based, multi-stakeholder set of discussions about what needs to be done to support worker efforts to achieve more equitable, inclusive, productive, and resilient employment relationships.

"This is a teachable moment," says Thomas A. Kochan, Professor Emeritus at the MIT Sloan School of Management and member of the faculty of the MIT Institute for Work and Employment Research, and one of the authors of the new report. "There is such an enormous difference between the intent of labor laws and what workers experience when they try to exercise their rights."

Key findings of the report include:

Decrease in union participation, but a high level of union support

In providing some historical context on unions, the report shows the mostly steady decline in private-sector union activity since the 1970s. The U.S. Bureau of Labor Statistics reported that, in 2021, only 6.1% of U.S. workers in the private sector were union members—a level lower than at any time since the passage of the National Labor Relations Act (NLRA) in 1935. Despite the decrease, it seems that many Americans still see the value of unions. A 2021 Gallup national opinion poll reported that 68% of Americans approve of unions, the highest approval level since the 1960s. In addition, a 2017 national survey conducted by MIT Sloan found 48% of nonunion workers said they would vote for a union if an election was held at their workplace, up from about one-third of the nonunion workforce in the 1970s and 1990s.

"Research has found that unions play an important role in decreasing income inequality," says report co-author Suresh Naidu, a professor of economics and international and public affairs at Columbia University.

The report suggests that the decrease in unionization—despite the interest in it—is likely due to current labor laws, which often make unionization difficult, as well as resistance from employers.

"While recent organizing efforts at Starbucks, Amazon, and in digital media demonstrate the interest many workers have in unionization, organizing under the NLRA is often an arduous, lengthy, and expensive process," says report co-author Kate Bronfenbrenner, director of labor education research and a senior lecturer at Cornell University's ILR School. "Our research has found that most union organizing campaigns face strong employer resistance, not only during the organizing campaign but throughout first contract negotiations as well."

With unions not always an accessible option, workers have found other ways to advocate for themselves, such as worker centers—community-based institutions that provide support to and organize among communities of low-wage workers. The report indicates that the number of worker centers in the U.S. has steadily increased from 2000 to the present—with 234 in 2018 to 246 in 2021.

Almost half of the newest worker centers focus on Black workers. The report found that worker centers often craft creative ways of raising standards for workers at the margins of existing labor and employment institutions. For example, the Coalition of Immokalee Workers (in Florida) successfully pressured multiple national fast food and grocery chains to pay a small premium on produce, which goes to supporting farmworkers, and agree only to purchase from farms that have signed a Fair Food Code of Conduct, which guarantees fundamental rights to farmworkers.

"Workers are feeling more emboldened about what is possible and are turning to unions and other organizations to help them advocate for their interests in the workplace," says Janice Fine, report co-author and a professor of labor studies and employment relations at the Rutgers University School of Management and Labor Relations. "Some of this new wave of worker activism is taking place through unions, and some is happening through other types of worker advocacy organizations, associations, and platforms."

In addition to unions and worker centers, the authors found that many other efforts have been initiated in recent years to strengthen worker voice. For example, Coworker.org offers an online petition site that empowers workers to exercise their voice and push for better working conditions, as well as bring greater public awareness to issues and challenges within specific worker communities. These new strategies in worker organizing are growing in number and involve a wide range of workers—from employees of large high-tech companies to gig workers, domestic workers, and others in low-wage service sector occupations.

"Research shows that many U.S. workers lack the influence and voice that they would like in the workplace," says Kochan. "As the findings in our report show, it is time for a broad-based public discussion about how to fix and modernize labor laws to meet workers' pent-up demand for voice and representation."