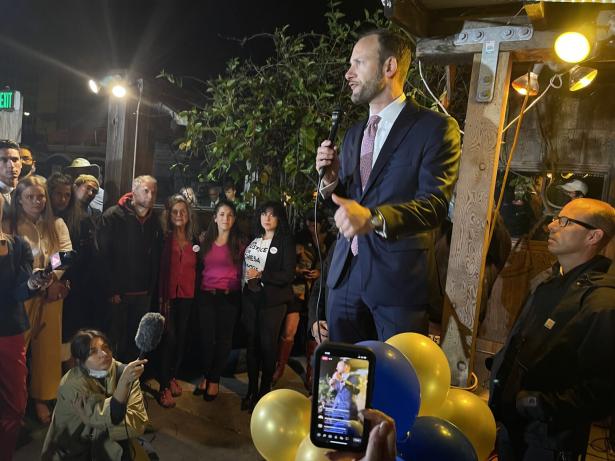 I have been covering San Francisco politics for more than 40 years, and I have never seen a district attorney face anything close to the media assault that came down on Chesa Boudin.

The first DA I covered, Arlo Smith, was marginally competent, but never went after a rogue cop, never did anything about public corruption, and had at best an unimpressive record on convictions. Nobody cared.

His successor, Terence Hallinan, had management issues (and fired a lot of staffers when he took office), and was a former defense lawyer. There was a major domestic violence case that he failed to prosecute, and a woman died. Only limited media attention, nothing like this.

Kamala Harris never prosecuted a cop for wrongdoing. Neither did George Gascon. There were plenty of cases where that could or should have happened, but the news media by and large didn’t care.

But I was here, and under both of them, bad crimes happened, some by people who had been let out of jail. There was open-air drug dealing, and people died of drug overdoses—and they both escaped any serious media attacks.

Crime has not gotten worse under Boudin, the data shows, and he’s been dealing with a global pandemic that closed courtrooms and shifted car break-ins from tourist areas to the neighborhoods. And the cops have often refused to do their jobs.

Yet Boudin from day one has been under withering scrutiny, every decision questioned as people who supported his opponents used a GOP playbook to find any example of anything that has gone wrong with the criminal justice system and blame it on him.

It’s as if every crime, every problem, everything that happened bad in San Francisco was Chesa Boudin’s fault.

So now Boudin has lost a recall election funded by right-wing billionaires, and the news media all over the country are going to say that it’s a sign that San Francisco isn’t as progressive a city anymore, that the movement toward electing progressive prosecutors is over, and that Democrats need to start acting tougher on crime.

Actually, the election showed none of that. The Chron’s Rachel Swan called me a few days ago, working on the post-mortem that the paper was going to run after the election, and asked me about the progressive-city issue.

I told her: Nonsense. This is what happens when you combine $7 million in GOP-linked money with a radically warped media narrative.  She didn’t quote me.

The turnout was low, even by off-year election standards; it’s a little more than 25 percent, and much lower in some areas and in some demographics. It was, as low-turnout elections often are, a very conservative electorate: Even the Muni bond, Prop. A, which had that strong support of the mayor and no opposition, as at 63 percent Tuesday night and might not get to the two-thirds majority needed to pass.

Many of these reporters in the mass media scrum will probably get the story wrong, the same way they have for two years.

I don’t think there’s any kind of profound statement to be made about the future of progressive politics in San Francisco here, except: Turnout matters, and I am told that fewer than 15 percent of voters under 40 bothered to cast a ballot. Media matters; if the reporters are easily swayed by a false narrative, and want to make names for themselves with sensational stories (even if they are not accurate), it’s hard to respond.

And it’s clear that the progressives have to be prepared for more of this: The rightwingers who are empowered and excited by the school board and DA recalls are now going to use their money to go after the Board of Supervisors.

On the other hand, Mayor London Breed now has to own the crime issue. I don’t know who she’s going to appoint as DA, but that person won’t be able to change the crime rate in the city in any meaningful way on their own. I wonder if the TV stations and the Chron will apply the same scrutiny to the new person. I seriously doubt it.

At the election-night part at the ramp, Boudin and his allies were upbeat. They knew this was possible, and made it clear that the movement for progressive change in the criminal-justice system wasn’t about him, or any one person.

“We are not done tonight or ever, fighting our system of injustice in the United States,” Sup. Hillary Ronen told a packed crowd. “Not when we incarcerate more people than anywhere else in the world, and we are not safer. Not when the vast majority of people rotting behind bars are Black and Brown.”

She pointed out that Boudin kept his promises, and did everything he said he would do during the campaign. “But our democracy has been hijacked by billionaires.”

Boudin climbed on a beer keg to see the crowd of hundreds of supporters. “This was never about an election, not about one person,” he said. “This is a movement, not a moment. Our coalition is deeply committed to justice.”

He added: “There are two sets of justice, one for the wealthy and one for everyone else, and that’s what we are fighting to change.”

One of the first things Breed’s appointee will have to do is decide whether to abandon the prosecution of police officers charged with wrongful killings. If that happens, we will have a sense of the politics here: The Police Officers Association wanted desperately to get rid of Boudin.

Then the new DA will no doubt fire many of the new prosecutors Boudin brought on board—and will the media call that a “massacre,” as they did with Boudin?

Will there be any accountability for the mayor’s DA?

Or will all these investigative reporters move on, and find some other progressive cause to attack?

I can’t wait to see.

Tim Redmond has been a political and investigative reporter in San Francisco for more than 30 years. He spent much of that time as executive editor of the Bay Guardian. He is the founder of 48hills.

Help us save local journalism!

Every tax-deductible donation helps us grow to cover the issues that mean the most to our community. Become a 48 Hills Hero and support the only daily progressive news source in the Bay Area.