John Eastman Spills the Deets on His Pal Ginni

Did John Eastman have some insight into internal Supreme Court deliberations? And, if so, did he get it from his buddy Ginni T, whose discretion, not to say her grip on reality, seems to be somewhat lacking? 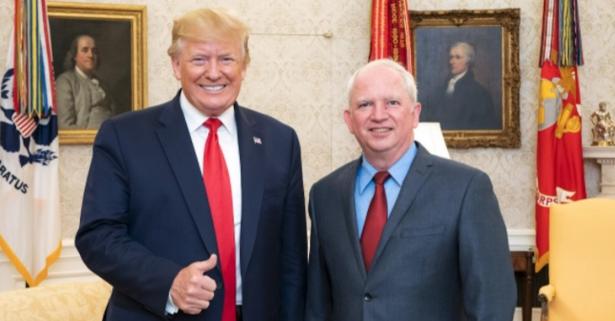 If your misbegotten plan to overturn an election had just been the subject of a three-hour congressional hearing and was being investigated by a grand jury, would you:

A.  SHUT THE HELL UP; or
B.  Race on over to Substack to whine about the meanies at the Washington Post “allowing themselves to be played by false innuendo based on selective leaks from the January 6 Committee?”

Let’s assume for the sake of argument that you are a marginally competent adult, so you said “A.”

But Donald Trump’s coup-curious lawyer John Eastman is really not a “shut the hell up” kind of guy. We’re talking about the brain genius who used his work email to plot a coup, even going so far as to send an unencrypted email to Rudy Giuliani after January 6 saying, “I’ve decided that I should be on the pardon list, if that is still in the works.”

Literally the only time the former law professor remembers to put a sock in it is when he’s under oath, and then he knows how to plead the Fifth like a champ.

But last night he was not under oath, so when his email correspondence with Ginni Thomas, wife of Supreme Court Justice Clarence Thomas, was reported by the Post and the New York Times, he couldn’t help himself.

“[T]wo emails are the group’s high-profile leader inviting Dr. Eastman to speak at the meeting, and two contain the meeting’s agenda,” Judge Carter wrote, adding later that “Five documents include the agenda for a meeting on December 9, 2020. The agenda included a section entitled ‘GROUND GAME following Nov 4 Election Results,’ during which a sitting Member of Congress discussed a ‘[p]lan to challenge the electors in the House of Representatives.’”

The court found that the January 6 Select Committee had a “substantial interest” in the communications because “the presentations furthered a critical objective of the January 6 plan: to have contested states certify alternate slates of electors for President Trump.” And Judge Carter has already ruled that attorney-client privilege for some communications with Trump himself did not apply thanks to the crime-fraud exception. So the court certainly wasn’t going to shield them based on Eastman’s incoherent bleating about his correspondents’ First Amendment right of association.

The group is described as “small … off the record … cone of silence.” 021120. Members were required to provide a phone number in advance “[f]or the security of the Zoom meeting.” 021242. Several emails contained a footer stating “[t]his invitation is Not Transferable.” Other emails stated “[w]e are careful about who is on the phone and who is in the room and we do not leak what happens, what is said or who is in the meeting – ever!” See, e.g. 21430 (emphasis in original). Allowing disclosure of the group’s communications to a politically misaligned congressional committee would manifestly discourage membership and  chill any discussion among the members who remained.

But Eastman was right about one thing: once he handed those emails over to the committee, the fact that Ginni Thomas was the “high-profile leader” immediately leaked.

Naturally this sparked outrage over the wild impropriety of Justice Thomas adjudicating election cases as his wife was advocating for one of the litigants. Mrs. Thomas was already in the spotlight after the revelation of her texts with Trump’s chief of staff Mark Meadows, in which she wondered whether it was true that the “Biden crime family & ballot fraud co-conspirators” were “being arrested & detained for ballot fraud right now & over coming days, & will be living in barges off GITMO to face military tribunals for sedition.”

But taken with some of Eastman’s other Chapman emails, it also sparked other, more immediate questions. Such as what exactly was the basis of his email to Wisconsin election lawyer Kenneth Chesebro on December 24, 2020, saying that “the odds are not based on the legal merits but an assessment of the justices’ spines, and I understand that there is a heated fight underway,” at the Supreme Court.

Did John Eastman have some insight into internal court deliberations? And, if so, did he get it from his buddy Ginni T, whose discretion, not to say her grip on reality, seems to be somewhat lacking?

Which brings us to last night, when Eastman tapped out this furious Substack post, insisting that his reference to the “heated fight underway” at the Supreme Court was “the subject of news accounts at the time.” And by “news accounts” he means one podcast featuring an anonymous account from someone purporting to be “a clerk for one of the Justices on SCOTUS.” It featured Chief Justice Roberts cowering in fear of Antifa, and shouting “You are forgetting what your role here is Neil, and I don’t want to hear from the two junior justices anymore. I will tell you how you will vote.”

And if that sounds ever so slightly less than credible, we might add that the podcaster has been deplatformed by Taboola, the company that populates every website with an infinite scroll of spam ads. How shady do you have to be when the “One weird trick to get rid of toenail fungus” dudes won’t work with you?

Whether or not those news accounts were true, I can categorically confirm that at no time did I discuss with Mrs. Thomas or Justice Thomas any matters pending or likely to come before the Court.  We have never engaged in such discussions, would not engage in such discussions, and did not do so in December 2020 or anytime else.  As for the email communications I had with Mrs. Thomas?  As you can see for yourselves, she invited me to give an update about election litigation to a group she met with periodically.  Those from the January 6 committee who leaked a false impression about that email should be ashamed of themselves, but the Post should be embarrassed for running a story based on their false innuendo.

He attaches exactly one email, of the several that he was forced to disclose, in which Mrs. T invites him to address her Frontliners group and misquotes George Orwell. He fails to mention that he fought tooth and nail to keep those very communications under wraps, or at least to redact the correspondents’ identities, even going so far as to suggest that “[t]he meetings also seem to have a religious aspect, as the agendas indicate each meeting closed with a prayer.”

But don’t worry! We’re about to get to the bottom of all of this, since Ginni Thomas says she can’t wait to accept Committee Chair Bennie Thompson’s invitation to set the record straight.

“I can’t wait to clear up misconceptions. I look forward to talking to them,” she told the Daily Caller, her former employer.

What are the odds that Mrs. Justice Clarence Thomas actually sits down and lets herself be interviewed on camera by Liz Cheney et al?

OMG, Mrs. Thomas asked me to give an update about election litigation to her group. Stop the Presses!  [John Eastman Substack]

Liz Dye lives in Baltimore where she writes about law and politics.