Why Russian Intellectuals Are Hardening Support for War in Ukraine

Horrified by the invasion, centrist elites like Dmitri Trenin nonetheless sense the US is using the conflict to destroy their country. 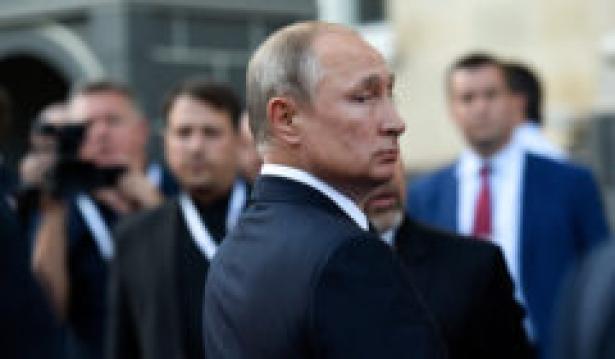 An article by Dmitri Trenin, entitled “How Russia must reinvent itself to defeat the West’s ‘hybrid war’: Russia’s very existence is under threat,” may be one of the most consequential published in Russia in recent times — partly for what it says, and partly for who is saying it.

Dr. Trenin, director of the Carnegie Moscow Center until the Russian government closed it in April, was for many years one of the most important pragmatic Russian voices in support of cooperation with the West and the “westernization” of Russia. He was one of the few Russian figures still to retain some of Gorbachev’s hopes for a “common European home.” (I should say that I have known Dr Trenin since I was a British journalist in Moscow in the 1990s, and I was his colleague at the Carnegie Endowment for International Peace between 2000 and 2004).

The significance of Trenin’s article lies in the evidence it gives of a consolidation of the Russian intellectual elites in support of the war effort in Ukraine. It is not in many cases out of a desire to conquer Ukraine (many of the figures joining this new consensus were strongly opposed to the invasion and loathe Putin), but out of an increasingly strong feeling that the United States is trying to use the war in Ukraine to cripple or even destroy the Russian state, and that it is now the duty of every patriotic Russian citizen to support the Russian government.

“[T]he US and its allies have set much more radical goals than the relatively conservative containment and deterrence strategies used toward the Soviet Union. They are in fact striving to exclude Russia from world politics as an independent factor, and to completely destroy the Russian economy. The success of this strategy would allow the US-led West to finally resolve the “Russia question” and create favorable prospects for victory in the confrontation with China. Such an attitude on the part of the adversary does not imply room for any serious dialogue, since there is practically no prospect of a compromise, primarily between the United States and Russia, based on a balance of interests. The new dynamic of Russian-Western relations involves a dramatic severance of all ties, and increased Western pressure on Russia (the state, society, economy, science and technology, culture, and so on) on all fronts.”

“It is Russia itself that should be at the center of Moscow’s foreign policy strategy during this period of confrontation with the West and rapprochement with non-Western states. The country will have to be increasingly on its own…”Re-establishing” the Russian Federation on a politically more sustainable, economically efficient, socially just and morally sound basis becomes urgently necessary. We have to understand that the strategic defeat that the West, led by the United States, is preparing for Russia will not bring peace and a subsequent restoration of relations. It is highly probable that the theatre of the “hybrid war” will simply move from Ukraine further to the east, into the borders of Russia, and its existence in its current form will be contested…In the field of foreign policy, the most pressing objective is clearly to strengthen the independence of Russia as a civilization…In order to achieve this objective in the current conditions – which are more complex and difficult than even recently – there is a need for an effective integrated strategy – general political, military, economic, technological, informational and so on. The immediate and most important task of this strategy is to achieve strategic success in Ukraine within the parameters that have been set and explained to the public.”

This is a call for reforms, including anti-corruption measures; but explicitly part of a strategy of strengthening Russia and Russian society in order to resist the West and succeed in limited Russian strategic goals in Ukraine. Particularly striking is Trenin’s call for Russia to be strengthened as a separate “civilization” — an idea that he would never have supported in previous years.

It would be easy to dismiss the change in Trenin (now a member of Russia’s Foreign and Defense Policy Council) as simply a matter of bowing to regime pressure. This would however be to ignore that he only represents, in a more abrupt and radical form, a shift in the Russian centrist intelligentsia that has been building up gradually for many years.

For a time, from the fall of the Soviet Union to the mid-1990s, the attitude of most of the Russian intelligentsia to the West was one of blind adulation, and the change from this went through a whole series of stages. The shift began with the decision to expand NATO, generally seen in Russia as a betrayal. Fear of NATO expansion grew with NATO’s attack on Serbia during the Kosovo War. The U.S. invasion of Iraq in 2003 was widely seen as proof that the United States wished to impose rules on others that it had no intention of keeping itself.

A key turning point came with the offer of future NATO membership to Ukraine and Georgia in 2008, followed by the Georgian attack on Russian positions in South Ossetia, and the West’s misrepresentation of this as a Russian attack on Georgia. Western support for the Ukrainian revolution of 2014, generally seen in Russia as a nationalist coup against an elected president, finally doomed genuine rapprochement between Russian centrist intellectuals and their Western counterparts.

However, Russian hopes for some form of limited compromise either with America or Europe lingered on for many years. Realists to the core themselves, members of the Russian establishment found it hard to understand why America, faced with intractable problems in the Middle East and the rise of a powerful China, did not seek to reduce tensions with the far less dangerous Russia. Similarly, they were bewildered by what they have seen as a European failure to understand that with Russia as a friend, they would face no military threat on their own continent.

Three developments in particular kept these hopes alive. First, the French and German brokerage of the “Minsk II” peace agreement over the Donbas in 2015 allowed the Russians to believe in the possibility of an agreement with Paris and Berlin over Ukraine — though this hope faded as the French and Germans did nothing to get Ukraine actually to implement the agreement. Then the election of Donald Trump in 2016 gave hope of a friendlier America, a split between Europe and America, or both. And finally, the Biden administration’s prioritization of China as a threat revived hopes of diminished U.S. hostility to Russia.

Russian hopes for co-operation with France and Germany could revive if these governments seek a compromise peace in Ukraine — with or without the United States. Failing that, however, Trenin’s article indicates that not just Putin’s inner circle, but much of the wider Russian establishment, will approach the war in Ukraine in a spirit of grim determination, at least until there is a possibility of a peace agreement that meets basic Russian conditions.

Now the determination of a Moscow policy analyst of course is a different and less demanding thing than the determination demanded of a Russian soldier fighting Ukraine. Nonetheless, it is potentially an important counterpoint to the hope in many Western capitals for an early collapse of the Russian collective will to fight, or an elite coup against Putin.

There seems to be a growing belief in the Russian elites — including many who were horrified by the invasion itself — that the vital interests, and even perhaps the survival, of the Russian state are now at stake in Ukraine. Unlike the Russian masses, these well-informed figures have not been brainwashed by Putin’s propaganda. Most of them see quite clearly the appalling mess in which Russia has landed itself in Ukraine and the terrible suffering inflicted on ordinary Ukrainians. But the only way they seem to see out of it is through something that can at least be presented as a victory.

Anatol Lieven is senior research fellow on Russia and Europe at the Quincy Institute for Responsible Statecraft.  He was formerly a professor at Georgetown University in Qatar  and in the War Studies Department of King’s College London. He is a member of the advisory committee of the South Asia Department of the British Foreign and Commonwealth Office. He holds a BA and PhD from Cambridge University in England.

Lieven is author of several books on Russia and its neighbors including “The Baltic Revolutions: Estonia, Latvia, Lithuania and the Path to Independence” and “Ukraine and Russia: A Fraternal Rivalry.” His book “Pakistan: A Hard Country” is on the official reading lists for U.S. and British diplomats serving in that country. His latest book, “Climate Change and the Nation State,” was published in March 2020 by Penguin in the UK and Oxford University Press in the USA, and is to appear in an updated paperback edition in Fall 2021.

Responsible Statecraft is the online magazine of the Quincy Institute for Responsible Statecraft. It publishes outside contributors and reporters as well as staff  analysis, opinion, and news to promote a positive, non-partisan vision of U.S. foreign policy and critique the ideologies and interests that have mired the United States in counterproductive and endless wars and made the world less secure.

The views expressed by authors on Responsible Statecraft do not necessarily reflect those of the Quincy Institute or its associates.