Why Does the United States Have a Military Base in Ghana?

The United States claims that its military presence on the African continent has to do with its counterterrorism campaign and aims to prevent the entry of China into this region.

June 19, 2022 Vijay Prashad CounterPunch
Printer friendly
Why Does the United States Have a Military Base in Ghana? Published June 19, 2022 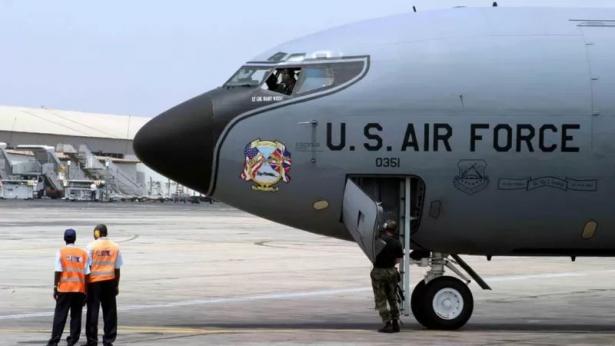 the U.S. military can use the Accra airport without any regulations or checks, with U.S. military aircraft being “free from boarding and inspection” ,AFP

In April 2018, the president of Ghana, Nana Addo Dankwa Akufo-Addo, said that Ghana has “not offered a military base, and will not offer a military base to the United States of America.” His comments came after Ghana’s parliament had ratified a new defense cooperation agreement with the United States on March 28, 2018, which was finally signed in May 2018. During a televised discussion, soon after the agreement was formalized in March 2018, Ghana’s Minister of Defense Dominic Nitiwul told Kwesi Pratt Jr., a journalist and leader of the Socialist Movement of Ghana, that Ghana had not entered into a military agreement with the United States. Pratt, however, said that the military agreement was a “source of worry” and was “a surrender of our [Ghanaian] sovereignty.”

In 2021, the research institute of Pratt’s Socialist Movement produced—along with the Tricontinental: Institute for Social Research—a dossier on the French and U.S. military presence in Africa. That dossier—“Defending Our Sovereignty: U.S. Military Bases in Africa and the Future of African Unity”—noted that the United States has now established the West Africa Logistics Network (WALN) at Kotoka International Airport in Accra, the capital of Ghana. In 2019, then-U.S. Brigadier General Leonard Kosinski said that a weekly U.S. flight from Germany to Accra was “basically a bus route.” The WALN is a cooperative security location, which is another name for a U.S. military base.

Now, four years later after the signing of the defense cooperation agreement, I spoke with Kwesi Pratt and asked him about the state of this deal and the consequences of the presence of the U.S. base on Ghanaian soil. The WALN, Pratt told me, has now taken over one of the three terminals at the airport in Accra, and at this terminal, “hundreds of U.S. soldiers have been seen arriving and leaving. It is suspected that they may be involved in some operational activities in other West African countries and generally across the Sahel.”

A glance at the U.S.-Ghana defense agreement raises many questions. Article 12 of the agreement states that the U.S. military can use the Accra airport without any regulations or checks, with U.S. military aircraft being “free from boarding and inspection” and the Ghanaian government providing “unimpeded access to and use of [a]greed facilities and areas to United States forces.” Pratt told me that this agreement allows U.S. soldiers “far more privileges than those prescribed in the Vienna Convention for diplomats. They do not need passports to enter Ghana. All they need is their U.S. Army identity cards. They don’t even require visas to enter Ghana. They are not subject to customs or any other inspection.”

Ghana has allowed the United States armed forces “to use Ghanaian radio frequencies for free,” Pratt said. But the most stunning fact about this arrangement is that, he said, “If U.S. soldiers kill Ghanaians and destroy their properties, the U.S. soldiers cannot be tried in Ghana. Ghanaians cannot sue U.S. soldiers or the U.S. government for compensation if and when their relatives are killed, or their properties are destroyed by the U.S. Army or soldiers.”

Why Would Ghana Allow This?

The U.S.-Ghana agreement permits this disregard for Ghana’s sovereignty. Pratt told me that the political ideology of the Ghanaian government that is in power now has been to adhere to a long history of appeasement toward the demands made by colonial and Western states, beginning with Britain—which was the colonial power that ruled over the Gold Coast (the former name for Ghana) until 1957—and leading up to providing “unimpeded access” to the United States troops under the defense deal.

The current president of Ghana, Akufo-Addo, comes from the political ideology that the former prime minister of Ghana (1969-1972) Kofi Abrefa Busia also conformed to. In the early 1950s, Pratt told me, those following this ideology “dispatched a delegation to the United Kingdom to persuade the authorities that it was too early to grant independence to the Gold Coast.” This led to a coup in Ghana, where those supporting this ideology “collaborated with the Central Intelligence Agency to overthrow the [then-President of Ghana] Kwame Nkrumah government on February 24, 1966, and resisted [imposing] sanctions against the South African apartheid regime in 1969,” Pratt said. The current government, Pratt added, will do anything to please the United States government and its allies.

The United States claims that its military presence on the African continent has to do with its counterterrorism campaign and aims to prevent the entry of China into this region. “There is no Chinese military presence in Ghana,” Pratt told me, and indeed the idea of Chinese presence is being used by the United States to deepen its military control over the continent for more prosaic reasons.

In 2001, then-U.S. Vice President Dick Cheney’s National Energy Policy Development Group published the National Energy Policy. The contents of this report show, Pratt told me, that the United States understood that it could “no longer rely on the Middle East for its energy supplies. A shift to West Africa for [meeting the] U.S. energy needs is imperative.” Apart from West Africa’s energy resources, Ghana “has huge national resources. It is currently the largest producer of gold in Africa and… [is among the top 10 producers] of gold in the world. It is the second-largest producer of cocoa in the world. It has iron, diamond, manganese, bauxite, oil and gas, lithium, and abundant water resources, including the largest man-made lake in the world.” Apart from these resources, Ghana’s location on the equator makes it valuable for agricultural development, and its large bank of highly educated English-speaking professionals makes it valuable for meeting the demands of the West’s service sector.

The CounterPunch website is offered at no charge to the general public over the world wide web. New articles, from an independent left-leaning perspective, are posted every weekday. A batch of several articles, including the Poet’s Basement, and Roaming Charges by Jeffrey St. Clair, are posted in the Weekend Edition. After the initial posting, these articles are available in the archives which can be searched by using any of the search boxes on the website.  CounterPunch also publishes books, and published a newsletter and magazine from 1993 to 2020.