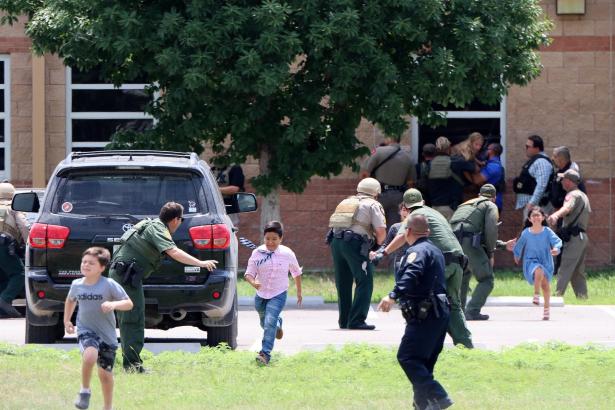 The lengthy police response to a school shooting in Uvalde, Texas, and the death of an armed security guard as part of an attack on a Buffalo supermarket last month have drawn fresh scrutiny to a recurring (and uniquely American) debate: What role should the police and bystanders play in active shooter attacks, and what interventions would best stop the violence?

The debate has moved to Capitol Hill as lawmakers consider gun safety legislation that could increase funding for mental health services, school safety and other measures aimed at keeping guns out of the hands of dangerous people. “What stops armed bad guys is armed good guys,” Senator Ted Cruz suggested in the wake of the Uvalde shooting, echoing many other gun rights advocates over the years.

Researchers who study active shooter events say it can be difficult to draw broad policy conclusions from individual episodes, but a review of data from two decades of such attacks reveals patterns in how they unfold, and how hard they are to stop once they have begun.

There were at least 433 active shooter attacks — in which one or more shooters killed or attempted to kill multiple unrelated people in a populated place — in the United States from 2000 to 2021. The country experienced an average of more than one a week in 2021 alone.

The data comes from the Advanced Law Enforcement Rapid Response Training Center at Texas State University, whose researchers work with the F.B.I. to catalog and examine these attacks. Unlike mass shooting tallies that count a minimum number of people shot or killed, the active attack data includes episodes with fewer casualties, but researchers exclude domestic shootings and gang-related attacks.

Researchers caution that some older attacks may be missing from the data, but they feel confident in their overall assessment that shootings are increasing. What is less clear is how to limit the damage of these attacks, given how quickly they unfold and how powerful the weapons used can be.

Most attacks captured in the data were already over before law enforcement arrived. People at the scene did intervene, sometimes shooting the attackers, but typically physically subduing them. But in about half of all cases, the attackers commited suicide or simply stopped shooting and fled.

“It’s direct, indisputable, empirical evidence that this kind of common claim that ‘the only thing that stops a bad guy with the gun is a good guy with the gun’ is wrong,” said Adam Lankford, a professor at the University of Alabama, who has studied mass shootings for more than a decade. “It’s demonstrably false, because often they are stopping themselves.”

Police officers shoot or physically subdue the shooter in less than a third of attacks.

Most events end before the police arrive, but police officers are usually the ones to end an attack if they get to the scene while it is ongoing.

Hunter Martaindale, director of research at the ALERRT Center, said the group has used the data to train law enforcement that “When you show up and this is going on, you are going to be the one to solve this problem.”

Information on police response time is incomplete, but in the available data, it took law enforcement three minutes, on average, to arrive at the scene of an active shooting.

Yet, even when law enforcement responds quickly — sometimes within seconds — or if officers are already on the scene when the attack begins, active shooters can still wound and kill many people.

“Law enforcement could be one minute out, and if that individual is proficient with the weapon system they’re using, they can quickly go through a lot of ammunition,” Mr. Martaindale said. “And if they’re proficient in their accuracy, you could have very high victim counts.”

In Dayton, Ohio, in 2019, an attacker shot 26 people and killed nine outside a downtown bar in the 32 seconds before a police officer on duty shot the attacker. A week earlier, at the Gilroy Garlic Festival in Northern California, nearby officers engaged an attacker within a minute of his opening fire, but after 20 people had been shot. Three victims died and the attacker died by suicide.

“There’s not a lot that can be done to stop someone in the opening seconds of harming a significant number of people,” Mr. Lankford said.

And, like in Uvalde, law enforcement does not always bring an attack to a quick end. When a gunman opened fire at the Pulse nightclub in Orlando, Fla., in 2016, a detective working extra duty shot at the gunman from outside the club. More police officers began arriving less than two minutes later. But the police did not enter the club for several minutes, after the gunman had paused his initial assault. Police officers ended the attack when they shot the gunman three hours after the assault began. Forty-nine people were killed and 53 more were wounded.

Bystanders stop some attackers, more often with physical force than with a gun.

In the wake of deadly shootings, gun rights advocates often push to arm more people, citing prominent examples where a “good guy with a gun” stopped a “bad guy.”

After a gunman shot 46 people in a church in Sutherland Springs, Texas, in 2017, an armed neighbor arrived at the scene and exchanged gunfire with the gunman, injuring him, until the gunman fled.

But armed bystanders shooting attackers was not common in the data — 22 cases out of 433. In 10 of those, the “good guy” was a security guard or an off-duty police officer.

“The actual data show that some of these kind of heroic, Hollywood moments of armed citizens taking out active shooters are just extraordinarily rare,” Mr. Lankford said.

In fact, having more than one armed person at the scene who is not a member of law enforcement can create confusion and carry dire risks. An armed bystander who shot and killed an attacker in 2021 in Arvada, Colo., was himself shot and killed by the police, who mistook him for the gunman.

It was twice as common for bystanders to physically subdue the attackers, often by tackling or striking them. At Seattle Pacific University in 2014, a student security guard pepper sprayed and tackled a gunman who was reloading his weapon during an attack that killed one and injured three others. The guard took the attacker’s gun away and held the attacker until law enforcement arrived.

When a gunman entered a classroom at the University of North Carolina at Charlotte in 2019, a student tackled him. The student was shot and killed, but the police chief said the attack would have had a far worse death toll had the student not intervened.

One in four attacks ends in a shooter suicide.

In more than a quarter of episodes, the attackers ended the shootings by turning the guns on themselves.

Police officers exchanged gunfire in 2018 with a gunman who shot 12 people at a bar in Thousand Oaks, Calif., before he shot himself.

At Virginia Tech in 2007, a gunman locked doors to the building, initially stalling the police, before attacking students and professors, eventually shooting 49 people. But once law enforcement was able to enter, the attacker shot himself as police officers approached.

One in four attackers leaves the scene (though most are later caught).

About a quarter of shootings ended when the attacker or attackers stopped of their own accord and left the scene, then were apprehended or died by suicide at another location.

Many attacks that end when the shooter flees are spontaneous; for example, one may stem from a dispute that escalates when one party pulls out a gun.

In San Antonio in 2019, a man had a disagreement with the staff of a moving company, then opened fire on the company’s workers before running away. The police apprehended him later without incident. Last year, a man who was kicked out of a nightclub in Wichita, Kan., after a fight returned and shot six people, killing one. He fled the scene, and the police arrested him a month later in Phoenix.

Because these kinds of attacks are generally not planned, attackers may be more inclined to flee in hopes of getting away, Mr. Martaindale said.

But many premeditated attacks also ended when the attacker or attackers left the scene. After a gunman shot 34 people in 2018 at Marjory Stoneman Douglas High School in Parkland, Fla., he dropped his weapon and fled the school with other students, bypassing police officers who had arrived on the scene but had not yet attempted to intervene. After fleeing, the gunman walked to a Walmart, bought a drink at a Subway and stopped at a McDonald’s before he was apprehended by the police on a residential street.

In El Paso, a gunman shot 45 people, killing 23, in a Walmart before fleeing the scene. The police arrested him down the road without incident.

Why attackers stop themselves is a hard thing to know, but Mr. Lankford, after studying shooters for years, has some guesses. One is that sometimes, shooters plan for a dramatic confrontation with the police that does not happen. Another possibility, he said, is that the reality of their actions sets in.

Larry Buchanan is a graphics editor and also writes, reports, makes charts and flies drones. He joined The Times in 2013 and previously made interactive graphics for The New Yorker. Before that, he lived in a log cabin in Indiana.

Lauren Leatherby is a graphics editor based in New York City. She earned her master's degree in public policy from the Harvard Kennedy School and studied journalism and international relations at the University of Arkansas. Previously, she worked at Bloomberg News and the Financial Times.