The reality is that abortion pills will be available to people in the United States — no matter what the Supreme Court does and regardless of whether states give permission. 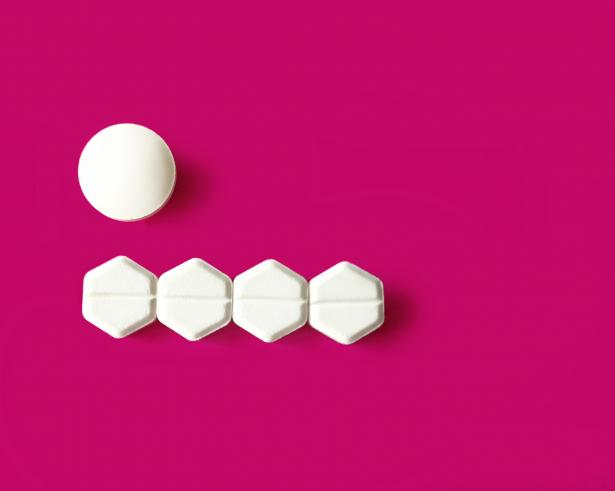 Before Roe v. Wade was decided in 1973, millions of Americans found ways around state laws so that they could get abortions. Too many were forced to rely on unsafe methods — whether that was a “back alley” provider or a knitting needle at home — resulting in injury, infertility and even death.

With Roe likely to be overturned in the coming days, it’s important to remember the stories of what came before. But it is just as important to acknowledge that the coming reality will be different. With the growing popularity of abortion pills, many of the people who live in anti-abortion states and can’t travel will still be able to obtain safe abortions, often without the direct involvement of a medical provider and within the privacy of their homes. Regardless of what the Supreme Court decides in Dobbs v. Jackson Women’s Health Organization, the case that could undo Roe v. Wade, abortion pills will keep abortion accessible for countless people. But certain steps will be necessary to increase access and to ensure safe distribution.The most common medication abortion protocol in the United States — the one that the Food and Drug Administration has approved for up to 10 weeks of pregnancy — involves two drugs, mifepristone and misoprostol, taken successively over two days. This past December, the F.D.A. removed the restriction that had prevented these pills from being mailed to patients. This development will continue to assist patients in states where telehealth for abortion is currently legal — that is, where a patient can receive screening, counseling and instructions on how to take the pills from a medical provider online, without ever needing to step foot in a clinic.

But there are options for people who live in the rest of the country, too. Medication abortion delivered through the mail opens up possibilities for cross-border care, even if that care is outlawed in the patient’s state. Already, people can and do obtain abortion pills by all sorts of means — often delivered through the mail, and without the involvement of a U.S. abortion provider — even though some of those methods carry legal risks.

The recent experience of Texas residents demonstrates that large numbers of pregnant people will find a way to get abortions, no matter what the law says. Even though last September the state banned abortions after roughly six weeks of pregnancy, in the following months the abortion rate fell by only about 10 percent. One reason is that Texans traveled to clinics in other states, but another reason is that larger numbers obtained pills for early abortions online, through organizations like Aid Access, or directly from international pharmacies.

So what’s stopping abortion pills from completely undoing anti-abortion efforts in a post-Roe America? For one thing, some patients aren’t candidates for medication abortion, and others lack the digital know-how or technology to obtain the pills. But even beyond that, there are significant roadblocks.

First, many Americans do not know what medication abortion is. This will have a human cost, as studies show that people often try to self-manage their abortions with much less safe or effective methods than abortion pills, including physical trauma.

Moreover, people have to know how to find and use medication abortion. For those seeking pills outside of a traditional health care setting, people will have to locate legitimate pharmacies shipping the right medications. And as with any medications, if someone uses them incorrectly — for instance, when they are contraindicated — complications can arise. Advocates and websites like Plan C and the Miscarriage and Abortion Hotline are trying to disseminate accurate information. But knowledge gaps, which characterize so many of our health care sectors, are an especially big problem for medication abortion, in part because of stigma and the threat of punishment.

To the last concern, while abortion pills are safe and effective to end most early pregnancies, taking them in the face of a state abortion ban involves legal risks. The criminalization of pregnancy is not new, especially for people of color and low-income people, but it will rapidly escalate without Roe. Anti-abortion states know that they cannot stop medication abortion from entering their states or shut down the out-of-state actors who ship it — though they will certainly try. Without in-state providers to target, anti-abortion legislators and prosecutors may target patients, as happened recently in Texas, where Lizelle Herrera was arrested and charged with murder in connection with an alleged self-induced abortion. (The charge was later dropped because the prosecutor acted outside the scope of the state’s current law.)

The anti-abortion movement is likely to continue to deploy another longstanding tactic: deceiving people. Already, one in 10 Google searches for abortion services in states likely to ban abortion directs users to crisis pregnancy centers — groups that often imply that they provide abortions when their mission is actually to block people from getting abortions. Expect anti-abortion activists to set up websites pretending to sell abortion pills or even selling fake abortion pills. As is often the case at crisis pregnancy centers, the hope would be that the person will time out of the recommended 10-week window for having an abortion with medication. More broadly, logging onto these sites may alert anti-abortion activists to people seeking abortions who then can be threatened with criminal prosecution if they follow through with the abortion, whether the state officially permits that or not.

In a post-Roe environment, how can these pitfalls be avoided? To combat a general lack of awareness, politicians, health care providers, advocacy organizations and average citizens need to spread awareness about medication abortion, reliable places to find it and who can help if complications arise. Free-speech guarantees should protect the provision of accurate information about medication abortion, even if abortion services are prohibited in a particular state. To increase the availability of pills, legislators in abortion-supportive states could pass legislation that would protect providers prescribing across state lines who are practicing within the scope of their medical licenses. States like New York and Connecticut recently enacted laws that seek to protect providers who treat patients who travel to their states. States might think further about how to reduce the risks of mailing pills across state lines. However, cross-border abortion provision will never be risk-free in a country with patchwork legality and without federal policy on the matter.

To combat policing and other restrictions of those seeking medical abortions, Xavier Becerra, the head of the Department of Health and Human Services, should enforce HIPAA to protect abortion seekers’ private health information. Except in defined circumstances, under HIPAA a health care provider may not disclose protected health information to state authorities. The department should warn health care workers that it is illegal for them to report patients they suspect of having had abortions unless compelled by a subpoena, warrant or similar legal document, and it could develop new protections that apply to patients accused of abortion-related crimes.

Beyond government regulation, criminal defense attorneys around the country need to prepare themselves for an onslaught of cases concerning abortion law and pills. There are already nonprofit lawyers working in this space, but if abortion is a crime in about half the country, criminal defense lawyers will need to respond to a new set of charges against providers, patients and, potentially, those who assist them. Similarly, prosecutors could follow the lead of Attorney General Rob Bonta of California, who has urged his colleagues across the nation not to prosecute people for pregnancy outcomes.

Finally, search and social media companies can play a role in countering abortion pill misinformation. These companies created policies that have tried to de-emphasize, remove or add disclaimers to Covid-19 misinformation. Given the immense complexity of the post-Roe legal and abortion access landscape, companies could enact similar policies governing abortion misinformation and websites that aim to deceive and entrap pregnant people. They could also reconsider how they track and store people’s location data, which could be used to enforce abortion penalties. State and federal regulators can play a role too, as those whose mission it is to combat false consumer information could target pill disinformation campaigns.

Medication abortion is not a magic solution to the likely end of Roe, but its increasing availability can blunt some of the fallout if abortion regulation returns to the states. Because the reality is that abortion pills will be available to people in the United States — no matter what the Supreme Court does and regardless of whether states give permission.