Cries for Justice Echo Forty Years Later in the Re-Release of ‘Who Killed Vincent Chin?’

The violent killing 40 years ago resonates with attacks on Asian Americans that persist today. 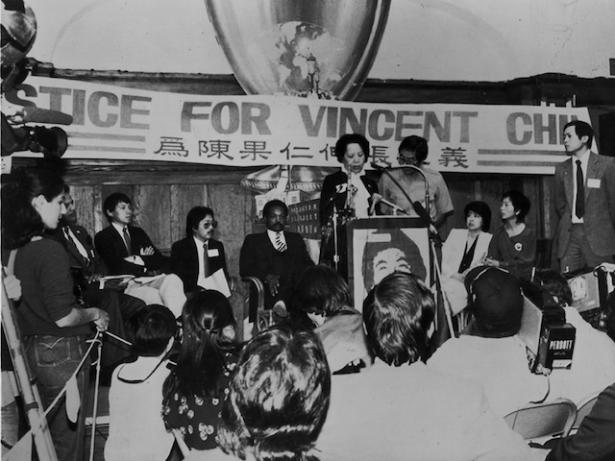 Despite what its title might suggest, the 1987 PBS documentary Who Killed Vincent Chin? is not a mystery. Almost immediately, the film details Ronald Ebens’s beating of Chinese American draftsperson Vincent Chin on June 19, 1982, after an altercation in a Detroit bar. Ebens, with the assistance of his stepson Michael Nitz, used a baseball bat to beat Chin, who died four days later of his injuries, just two days before his wedding.

But by asking the question posed in the title of their Academy Award-nominated film, directors Christine Choy and Renee Tajima-Peña move beyond the actions and motivations of a few men and explore the conditions that led to Chin’s murder and the denial of justice for his mother, Lily Chin—conditions that still persist during the documentary’s re-release in 2022, forty years after the killing.

To create this larger context, Choy and Tajima-Peña use a verité approach, which mixes subject interviews with various types of footage. In addition to scenes of news reports about the attack and conversations with those involved, the filmmakers include a performance by local musical group, The Blue Pigs, and statements from workers at a Chrysler plant —people who seemingly have nothing to do with Ebens, Nitz, or Chin.

Even news reports that deal with the case, such as when journalist Helen Zia debates a circuit court judge about the manslaughter sentence given to Ebens and Nitz (resulting in only a $3,000 fine), are shot by Choy and Tajima-Peña through television monitors, to remind us that we are viewing the event through a media lens.

This approach undermines the arguments made by Ebens and many other white figures in the film. To hear Ebens tell it, Chin’s death was the result of too much drinking and flared tempers. When a verbal confrontation between the two allegedly prompted Chin to “sucker punch” him, Ebens was filled with rage, resulting in Chin’s death. Even in light of the facts that Ebens started the argument, that he complained “It’s because of you little motherfuckers that we’re out of work,” and that he and Nitz searched for Chin for nearly thirty minutes after he had fled the bar, Ebens describes the night as a mix of bad choices and even worse luck.

As Zia and others come to the aid of Chin’s mother, working to prove that Ebens and Nitz violated Chin’s civil rights and to open a federal case, Ebens presents himself as the true victim. He and others, including his attorney, characterize the actions of the civil rights group American Citizens for Justice as, at best, using him to make a point about injustice or, at worst, seeking fame at his expense.

Choy and Tajima-Peña avoid editorializing, letting Ebens and others speak for themselves without correction or response. But when placed in the film’s larger context, his defense is clearly inaccurate and self-serving.

In perhaps the most striking moment of the film, Lily Chin describes seeing her son’s body after the attack. As she struggles to breathe through tears, she recalls that night: “You answer me, open your mouth. Move your mouth, let Mama see you.” The scene cuts to Ebens sitting on his living room couch, an embarrassed smile creeping up as he also recalls that night. “That’s the first time I’d ever been in a jail cell,” he says. “Hopefully, it’ll be the last time I’ll ever be in a jail cell. That’s not a good experience for anyone.” 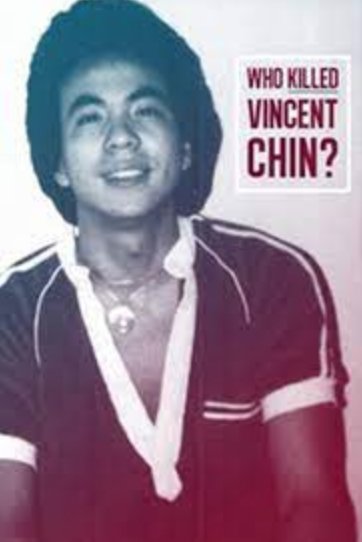 As this juxtaposition makes clear, Ebens refuses to look past his immediate circumstances to see the life of comfort he continues to live in contrast to Chin’s irreplaceable loss, let alone the external prejudices that drove the attack. Through various forms of footage, Choy and Tajima-Peña establish the economic depression that hit Detroit in the late 1980s, and the U.S. auto market’s inability to keep up with smaller, and thus cheaper, vehicles from competing nations. Scenes from a propaganda cartoon depict smaller vehicles from Europe and Japan as a plague invading the United States, infecting the country.

While the foreign car market certainly includes German automakers like Volkswagen and Mercedes-Benz, the anger against Japanese manufacturers sparked a wave of larger anti-Asian hate. So vast and generalized is the prejudice that it gets directed at Chin, a Chinese-born and U.S.-raised draftsperson who has nothing to do with the Japanese auto industry.

The layers of tragedy become clear as the film follows the trial of Ebens and Nitz. Repeatedly, Lily Chin’s cries for justice get swept aside to protect the feelings of white people. When a reporter asks Wayne County Circuit Judge Charles Kaufman about the need for further investigation, he gets defensive and complains about his massive caseload. When, in a television debate, Zia asks why Ebens and Nitz were allowed to make a plea bargain, she’s called naïve by a man who describes plea bargains to her condescendingly.

No matter how many times Lily Chin must publicly call for justice, no matter how many others echo similar abuse directed at them, the legal system repeatedly values the comfort of Ebens and Nitz over the cries of others.

While Ebens was sentenced to twenty-five years in prison, the conviction was quickly overturned. And, though certainly devastating, Choy and Tajima-Peña refuse to let this be the story of three men on a bad Michigan night forty years ago. By situating Chin’s murder within the Detroit community, the automotive industry, and the racist U.S. legal system, the filmmakers force us to contend with the question posed by the film’s title.

Those same forces continue today, even if they take different forms. Violence against Asian Americans has increased, with assailants blaming everything from sexual expectations to the coronavirus pandemic to conflicts between other nations. As the nation enters another probable economic depression, anger will undoubtedly be directed at vulnerable groups and not the business leaders who hoard wealth nor at the capitalist system that allows them to do it. Media outlets are giving attention to the “great replacement theory,” which motivates attacks against people of color, and, along the way, white feelings are being given greater importance than the physical harm done to Asian people.

Ronald Ebens killed Vincent Chin, with the help of Michael Nitz. But as Who Killed Vincent Chin? makes clear, by allowing these systems of racism and oppression to flourish, we, too, are responsible.