Denver’s STAR program sends paramedics and behavioral health clinicians instead of police to respond to 911 calls related to mental health issues, homelessness, and substance abuse. It’s led to a 34 percent drop in crime in its operating districts since 2020. 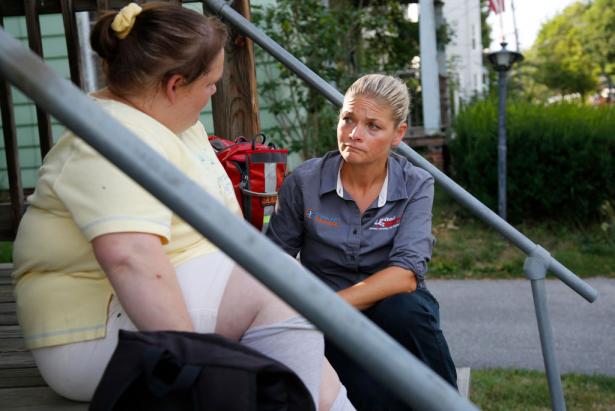 The recent recall of San Francisco’s progressive district attorney Chesa Boudin has refueled a media narrative that the Left’s approach to community safety — namely defunding the police to fund nonpolice first-response alternatives and broader stabilizing social programs — is unpopular and ineffective. As the nation reels from the massacre in Uvalde, Texas, Boudin’s recall has been rolled into a larger conversation on how America deals with crime. Unfortunately but not surprisingly, both the media and politicians have used these opportunities to critique the Left’s demands to end over-policing, with many even calling for increased policing.

But while “more cops equals safer streets” advocates ignore the age-old adage about “the definition of insanity,” STAR — a new behavioral health unit in Denver, Colorado — is proving the potential of nonpolice emergency response units. And while it serves as its primary goal of making Denver safer, STAR also functions as a crucial proof point for the Left. The Denver program is not hypothetical: it’s real, and it demonstrates that our proposed policies are safe, feasible, and effective.

Denver’s Support Team Assisted Response (STAR) is a unit of EMTs and behavioral health clinicians that responds to 911 calls involving “individuals experiencing crises related to mental health issues, poverty, homelessness, and substance abuse.” The program began in 2020 with just a two-person staff and a single van. But from humble beginnings and despite limited resources, STAR has delivered promising results.

A recent report from Stanford University shows just how effective STAR is at responding to mental health and behavioral issues. In its first six months, STAR’s operating districts saw a 34 percent drop in low-level crime, translating to approximately fourteen hundred fewer instances of trespassing, drug use, petty theft, and other nonviolent offenses.

“The reduction in crime evidenced in the study shows that we are addressing mental and behavioral health issues in a real way, through alternative response,” Emily Williams, director of communications for Denver’s Department of Public Health & Environment, told Jacobin. “STAR provides responsive mental and behavioral health support from licensed clinicians. Police aren’t meant to provide this care and their time is more effective managing other public safety issues.”

And while cost should never prevent a community from pursuing a humane safety policy, STAR’s fiscal success bulwarks against inevitable attacks from political opponents and police unions. With an estimated cost per call of $151, a response from STAR costs less than 25 percent of a response from the Denver Police Department (DPD’s average cost per call is $646). In short, STAR is more effective and less costly than the police.

As a proven solution to the city’s most immediate issues, the Denver City Council voted in February to expand STAR with additional funding of $1.4 million. Currently, the program consists of six teams operating between 6 AM and 10 PM, with the ultimate goal of establishing ten teams working around the clock.

STAR’s success, and the recognition of that success by the governing body, is a massive victory for Denver. Homelessness, and the mental health and addiction issues that ride its coattails, is the most visible and pressing issue in the Mile High City. Despite ever-increasing police budgets, Denver maintains an above-average crime rate, largely a result of untreated addiction, mental health issues, and homelessness. STAR is an opportunity to remedy this state of affairs by getting people the help they need — a medical professional who can provide care, not a cop with a hand already on his gun.

Socialists should carry this victory far beyond Colorado. The program’s track record is a perfect antidote to reactionaries who mock the demand to defund the police as a call for lawless anarchy. Not only is STAR making Denver safer, but it offers the American populace — who we must convince to vote for true safety-promoting policies instead of ones that perpetuate police violence and mass incarceration — a tangible example of how nonpolice community safety programs will better their lives.

By showcasing STAR’s success, we can chip away at the cult of over-policing and lay the groundwork for policies that actually prevent crime by eliminating its source: poverty, and all the social chaos it entails. When employed in conjunction with strong social programs such as increased funding for education, public housing, community health centers, and more, nonpolice behavioral health units like STAR have the opportunity to significantly curtail, if not eliminate, poverty-driven crime.

Joe Mayall is a writer from Denver, Colorado. His work can be found at JoeWrote.com.