The Wagner Group Is Just the Latest Example of Privatized War

The problem of mercenary operations seems unlikely to be solved without a substantial strengthening of international security institutions, among them the United Nations. Are the nations of the world willing to take this step? 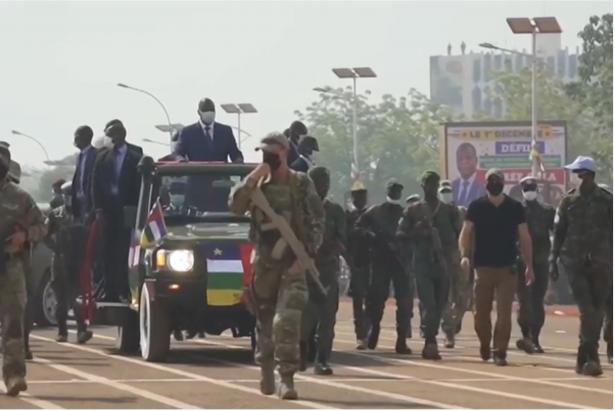 For many years, substantial military operations have been conducted by mercenaries, ranging from professional soldiers hired to fight wars for European potentates in the 14th century to the combat forces of Blackwater, a private company employed by the U.S. government to undertake violent activities in the “War on Terror” of the early 21st century.

Today, the Wagner Group, a shadowy Russian company engaged in the thriving mercenary business, is perhaps the leading private enterprise partner in global military ventures.  Employing as many as 10,000 military personnel, it is headquartered in the Russian town of Molkino, right beside a military base run by the GRU, Russia’s military intelligence agency.  It relies heavily on the Russian government’s approval and military infrastructure for its far-flung operations.

The Wagner Group was reportedly founded in 2014 by Dmitri Utkin, a Russian military veteran who so admired Hitler that he named the mercenary organization after the führer’s favorite composer.  The financial backing for the Wagner Group, however, came from Yevgeny Prigozhin, a Russian oligarch with close ties to President Vladimir Putin.  With many Russian veterans eager to pay off debts and secure employment, recruitment proceeded rapidly.  The Wagner Group’s first significant operation came later that year, as the Russian government dispatched about a thousand of the company’s armed soldiers, wearing unmarked uniforms, into the Luhansk and Donetsk regions of Ukraine to bolster an uprising of pro-Russian separatists.

In this 2014 Ukraine invasion and in the mercenary ventures that followed, the outsourcing of a military project to the Wagner Group provided two major advantages to the Russian government. The first was deniability.  In these shadowy circumstances, the Kremlin could deny that it was staging a military attack upon another nation.  Furthermore, if anything went wrong with an operation―for example, if there were significant casualties among Russian soldiers―the Kremlin could avoid domestic political repercussions.  When a soldier worked for Wagner, recalled Marat Gabidullin, a former Russian commander for the company, he was on his own, because his job didn’t have an official existence.  With the company not registered in Russia, or anywhere, such a person exists “in a legal vacuum.”  That also meant, Gabidullin added, that soldiers were relieved of any consequences for their behavior, for a person who “doesn’t exist” can do anything.

Indeed, freed from legal responsibility and subsequently dispatched farther afield, members of this covert Russian army violated human rights with impunity.  In Syria, the Wagner Group’s soldiers, fighting to maintain the Assad dictatorship, were filmed laughing as they used a sledgehammer to break the bones of a Syrian army deserter before dismembering his body and cutting off his head.  In the Central African Republic, UN investigators reported that the Wagner Group’s forces tortured, raped, and murdered civilians, forcibly recruited child soldiers, and engaged in widespread looting.  In Libya, Wagner mercenaries reportedly booby-trapped civilian homes with explosives attached to toilet seats and teddy bears.  According to Human Rights Watch, between 800 and 1,200 Wagner Group operatives in that country, working to install a friendly warlord in power, planted antipersonnel landmines in the suburbs of Tripoli that killed or maimed large numbers of civilians.

The Wagner Group’s armed forces have been particularly active in Africa, where, in addition to terrorizing the Central African Republic and Libya, they have been operating in Mozambique, Sudan, and Mali.  According to an extensive report on May 31, 2022 in the New York Times, these forces “ally with embattled political and military leaders who can pay for their services in cash, or with lucrative mining concessions for precious minerals like gold, diamonds, and uranium.”

In Mali, where the ruling military junta employed Wagner’s armed forces to fight rebels, they swooped down in helicopters on a crowded marketplace in Moura in late March 2022, and―in command of the junta’s soldiers―seized large numbers of civilians.  Over the next five days, they looted houses, held villagers captive, and executed masses of them.  According to the Times, the Russians “marauded through the town, indiscriminately killing people in houses, stealing jewelry, and confiscating cellphones to eliminate any visual evidence.”  Witnesses and analysts said that, by conservative estimates, the death toll in Moura was between 300 and 400 people, mostly civilians.

Responding to questions about the massacre, Prigozhin, Wagner’s manager, praised Mali’s current leader, its military, and its actions in Moura.  He also denied the presence of Wagner operatives in Mali, declaring it “a legend” that the Wagner Group even existed.  But Russian Foreign Minister Sergey Lavrov remarked on Italian television in May that the Wagner Group was, indeed, present in Mali “on a commercial basis,” providing “security services.”  According to a French senior diplomat in Mali, about a thousand Wagner mercenaries are stationed there in at least 15 military bases, security outposts, and checkpoints.

Not surprisingly, Wagner operatives have also been deployed to assist with Russia’s 2022 war in Ukraine.  A few weeks before the invasion, many veterans of past Wagner operations were invited to join what was advertised as a “picnic” in that land.  To provide the tainted Wagner forces with deep cover, however, the mercenary units were given new names.

Not to be outdone in the mercenary game, Blackwater’s founder, Erik Prince, suggested to U.S. President Joe Biden that he dispatch aging U.S. fighter jets and retired U.S. pilots to Ukraine to defend it from the Russian invasion.  But Biden rejected the scheme.

Like the activities of other mercenary enterprises, those of the Wagner Group continue the historic practice of hiring soldiers of fortune to wage war.  And, like the problem of war, the problem of mercenary operations seems unlikely to be solved without a substantial strengthening of international security institutions, among them the United Nations.

Are the nations of the world willing to take this step?  Or would they prefer to live with the disasters being produced by today’s mercenaries?

Dr. Lawrence S. Wittner is Professor of History Emeritus at SUNY/Albany and the author of Confronting the Bomb (Stanford University Press).]