Congress Showers the Pentagon With Cash While Americans Pinch Pennies

Lawmakers this week will rubber stamp a bill authorizing tens of billions more to the Defense Department that it didn’t even ask for. 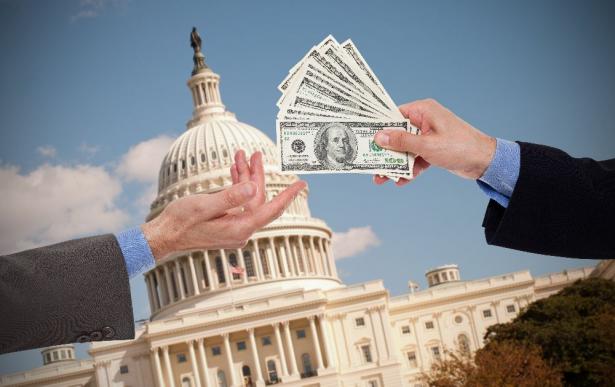 Gas prices are at an all-time high. Rent prices have set records for the last 13 months straight. Inflation is increasing so sharply that even the cost of basic utilities has risen by nearly 30 percent in the last 12 months. There are growing fears that the economy is poised to fall into recession.

What is Congress doing as a growing chorus of Americans think these and other economic issues are the most important problems facing the nation today? They’re planning to give military contractors the biggest payday they’ve ever seen.

This week, at a time when Americans are fighting to keep roofs over their heads and feed their families, Congress’s plan is to authorize a record-setting $838.8 billion in spending, not to the American people, but to the Pentagon. As happens nearly every year, more than half of this sum will likely go to Pentagon contractors, whose CEOs make tens-of-millions of dollars while telling their shareholders that war and rising global tensions are good for business.

Yet this week Congress is on track to give the Pentagon $37 billion more than the military even asked for. Instead of funding pork-barrel projects across the country -— such as the Littoral Combat Ship, known in U.S. Navy circles as the “little crappy ship” that reportedly can’t travel half its maximum speed without cracking its hull — Congress could use this money to pay for a variety of things Americans desperately need right now, like school lunches, affordable housing, and utility assistance programs.

Even just lowering taxes by $37 billion or giving this money directly to the American people could put more than $100 in the pocket of every single American at a time when they desperately need it.

Not only would spending in such ways benefit the individuals and communities that receive them, it would also help revitalize the U.S. economy — and make it more equitable to boot. As has been well documented, defense spending is one of the least economically productive ways the government can spend its money. Spending on education, health care, and lowering taxes, for example, have all been shown to create more — and higher paying — jobs.

In addition to the economic costs of funneling ever more money into the Pentagon, contractors that win the lion’s share of the Pentagon pie have left less and less money for the actual members of the U.S. military. Our troops and their families are now facing the same problems of affordable housing and inflation that plague the rest of the nation, all while doing their part to defend the country. As our colleague, Tevah Gevelber, documented in Responsible Statecraft last month, increases in rents and inflation have forced many military families to move further and further away from bases and, in some cases, to live paycheck to paycheck.

With military families and other hard-working Americans struggling to make ends meet, why is Congress poised to give government contractors the biggest taxpayer-funded payday they’ve ever received? In short, Pentagon contractors invest heavily in efforts to get more taxpayer money. They have spread their influence and money around to lobbyists, PR firms, and think tanks to ensure that a rising defense budget lifts all boats … inside the Beltway.

The defense sector is also one of the top spenders on campaign contributions to members of Congress, particularly to those lawmakers with the greatest sway over the defense budget. In fact, members of the House Armed Services Committee who last month approved the defense bill the House will vote on this week have already received more than $3.25 million in campaign contributions from defense contractors in just the current election cycle, according to campaign finance data compiled by OpenSecrets.

Pentagon contractors also spend more than $100 million on lobbying every year and currently have 652 lobbyists working for them, more than double the 307 lobbyists working for labor groups, for example. That comes to one lobbyist for every elected representative and senator with more than 100 lobbyists to spare. More than two-thirds of these lobbyists are actually former government employees, including high-ranking congressional staff, like Speaker Nancy Pelosi’s (D-Calif.) former chief of staff, who went on to become a lobbyist for BAE Systems.

Pentagon contractors also seek out former members of Congress themselves. For example, five weeks after Howard “Buck” McKeon (R-Calif.), who chaired the House Armed Services Committee until his retirement from Congress in early 2015, he began representing a defense contractor that employed his services as a principal in the newly formed “McKeon Group.”

Last, but certainly not least, defense contractors give tens-of-millions of dollars to the nation’s top think tanks every year. Scholars at these same think tanks with defense industry ties often write articles and appear in the media promoting ever higher levels of defense spending.

In short, this is the military industrial complex, and it is working overtime to raise the Pentagon budget at taxpayers’ expense. Worse yet, Congress is adding tens-of-billions of dollars that the military didn’t even ask for, on top of what was already a record setting budget request that is more than the defense budgets of the next nine highest spending countries combined.

While much of Washington is in on the racket, and will also profit from this wasteful government spending, it’s Americans struggling to keep the lights on who will pay the price.

Ben Freeman is a Research Fellow at the Quincy Institute for Responsible Statecraft. His work focuses on how foreign governments seek to influence American government and politics. This work builds upon his book, The Foreign Policy Auction, which was the first book to systematically analyze the foreign influence industry in the U.S. Previously, he was Director of the Foreign Influence Transparency Initiative at the Center for International Policy.

Faezeh Fathizadeh is a National Security/Foreign Influence Researcher for the Quincy Institute for Responsible Statecraft and the Communications Director at the Rethinking Iran Initiative at Johns Hopkins School of Advanced International Studies. Faezeh is completing an M.A. in Social Work with concentrations in Global Social Development and Global Conflict Studies at the University of Chicago. Her research interests include the intersection of foreign policy and social policy.

Responsible Statecraft is the online magazine of the Quincy Institute for Responsible Statecraft. It publishes outside contributors and reporters as well as staff  analysis, opinion, and news to promote a positive, non-partisan vision of U.S. foreign policy and critique the ideologies and interests that have mired the United States in counterproductive and endless wars and made the world less secure. Visit the Responsible Statecraft website to Donate