The railroads and their unions have been embroiled in a contract dispute since January 2020, with wages and health care benefits being major sticking points. Unless the White House acts, either party is free to exercise “self-help” options — including a strike that could occur as early as 12:01 a.m. next Monday. 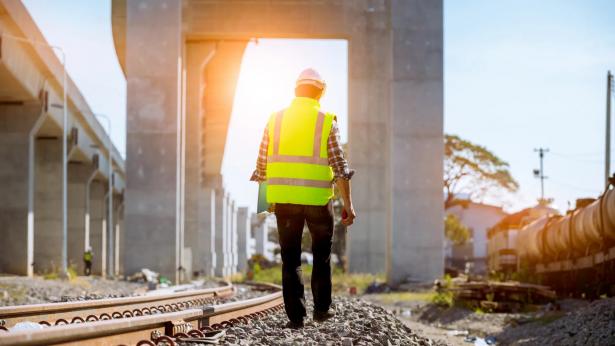 Members of the Brotherhood of Locomotive Engineers and Trainmen agreed that going on strike is an option. (Photo: Shutterstock/APChanel,Shutterstock

Members of the Brotherhood of Locomotive Engineers and Trainmen, one of the rail labor unions involved in negotiations between rail workers and the freight railroads over a new labor contract, have decided that going on strike is an option.

“In a showing of solidarity and unity, 99.5% of the participating members voted to authorize a strike should such action become legal in the coming days, and become necessary to secure a contract worthy of [the rail carriers’] consideration,” BLET National President Dennis Pierce said in a Tuesday statement.

The railroads and their unions have been embroiled in a contract dispute since January 2020, with wages and health care benefits being major sticking points. The National Mediation Board (NMB), an independent federal agency that mediates labor agreements for the railway and airline industries, stepped in earlier this year to mediate, but negotiations are still at an impasse. As a result, NMB released the railroads and unions from mediation, and a 30-day cooling-off period began.

The White House could form an emergency board to help resolve the disagreements, but unless the administration acts, either party is free to exercise “self-help” options — including a strike that could occur as early as 12:01 a.m. next Monday, when the cooling-off period ends.

Businesses and retail interests have expressed concern to the White House, especially amid looming supply chain disruptions and rail congestion.

In an essay on BLET’s website, Pierce wrote: “Let’s be clear; in our third year of negotiations, the rail carriers have never made a contract proposal to our Union that their employees, our members, would accept. Not once.

“Conversely, the united rail unions, bargaining as coalitions, have made contract proposals that would improve the financial standing and quality of life of the hard-working Americans who make up our collective memberships. There is no fact-based argument that the rail carriers cannot afford the Union’s proposals nor do they even make such a claim … .

The National Carriers’ Conference Committee (NCCC), which represents the interests of the U.S. Class I railroad operations at the bargaining table, has said their proposals offered competitive employee benefits and compensation at levels higher than most U.S. industries.

If an emergency board is established by President Joe Biden to oversee the dispute, then that board will conduct hearings and issue a report. A work stoppage would be prohibited for 30 days following the report’s issuance, according to NCCC. Congress could also potentially intervene.