books The Evolution of a Radical Thinker

This new biography of the famed Harlem Renaissance poet, novelist, and historian focuses on his pioneering work in the early international Communist movement on behalf of Black liberation. 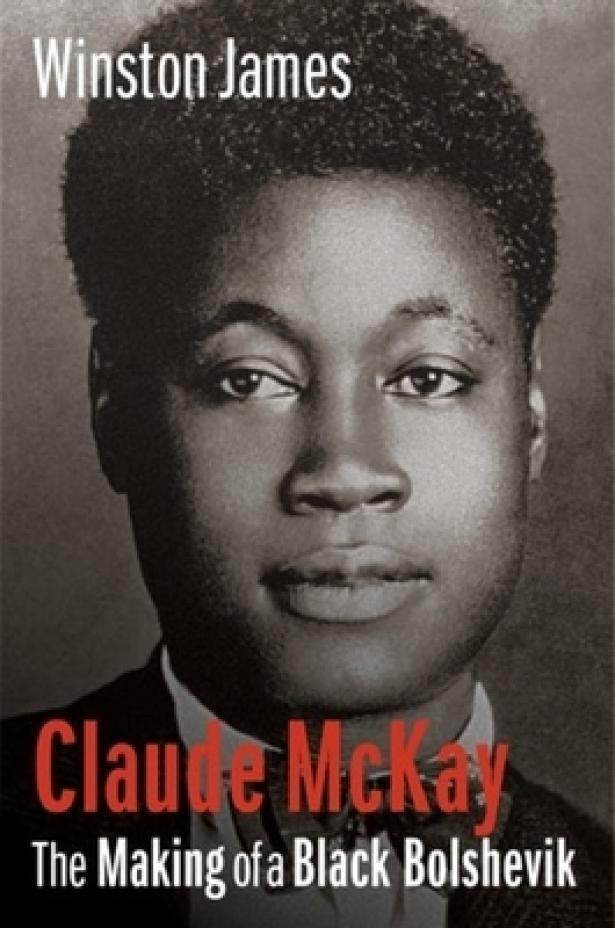 Claude McKay might be the most famous Black writer that Americans have never heard of, and that is not your fault. The reason is that he was a devout Marxist at a time when that stance was neither popular or correctly understood. Given the trauma of the First World War and then the Depression and worldwide upheavals, Marxism was seen by many as the solution, a salve for humanity’s wounds because it spoke directly to the plight of the common working man and woman. Not everyone agreed with this position; for many, Marxism’s call for collectivism over individuality was castigated as the enemy of all that was good and holy in American life. This splendid new biography by Winston James, a professor of history at the University of California, Irvine, looks at McKay’s embrace of radicalism through a sympathetic lens. McKay did not become a Marxist through ideological indoctrination, but because it was how he made sense of an unjust world and the powers that kept it that way.

Festus Claudius McKay was born in Jamaica in 1889, the youngest of 11 children of Thomas and Hannah McKay, owners of a farm of a hundred acres, acquired by gift of marriage and hard labor. Workers were employed and the holdings functioned as a profitable business. James notes that these were “reasonable criteria for qualifying as a capitalist farmer.” Thomas’s father had been an enslaved African of the Asante nation, today’s Ghana. The end of slavery allowed some Black peasants to become property owners. Upward mobility was not unique, but it was rare in turn-of-the-century Jamaica. Thomas was very dark-skinned, a characteristic that James identifies as a marker, at the time, of one’s class as well as race. “One could almost read a person’s social class from the color of his or her skin,” the historian explains.

The economic status of McKay’s family made it possible for Claude to acquire an education. Older brother Theo graduated from a teacher’s college and then became a headmaster. Theo was a freethinker, and he passed books on literature and politics to Claude, who described his years with his brother as “a great formative period in my life — a time of perfect freedom to play, read and think as I liked.”

Jamaica became too small for Claude and he emigrated to America, first attending college in Kansas but eventually winding up in New York where, as a respected author, he became part of the Harlem Renaissance. He wrote poetry and novels throughout the ’20s and ’30s, but before that he had become increasingly radicalized as he learned of the horrific treatment of Blacks during Jim Crow. Lynching, beating, and burning of homes were common occurrences, and not only in the South. Violence was the means of preventing Blacks from attaining equality and full participation in social and economic life. McKay worked for the Pennsylvania Railroad for a time as a waiter; he started carrying a revolver for protection. His activist leanings became increasingly extreme: he moved from being a Fabian (or gradual socialist) to an outright Bolshevik after the 1917 Russian revolution. Promises of change for Blacks and workers were in the air. Marcus Garvey moved the headquarters of his Universal Negro Improvement Association to Harlem in 1913, while A. Philip Randolph, who organized the Black railroad porters into a union, left Florida for New York in 1911. The ferment of ideas, grounded in the goal of generating unified action, charged the air the reformers breathed. McKay was exhilarated by everything around him during his first years in New York.

Still, McKay was hungry for travel. He went to England, where he lived for a time, and visited Russia in 1922-23, where he was feted by the Bolsheviks, who saw racism and oppression as an essential part of the capitalism they opposed. His transformation from a submissive colonial to an anti-imperialist radical began slowly, but he became a fervent believer. He was harshly condemned at the time, but his belief that Marx’s doctrines were not pipe dreams is becoming increasingly acceptable to a younger generation, which sees them as blueprints for a revolution that will upend an economic order that perpetuates inequality by exploiting the dispossessed. Thus the powerful relevance of a study dedicated to an iconoclastic Black thinker and poet who was dedicated to economic reform as well as the eradication of racism.

For many back home, this embrace of Soviet socialism marked McKay as suspect; he became branded as un-American, a hostile voice to be feared. The Red Scare of the ’20s turned Americans who might otherwise be inclined to empathize with the workers of the world into suspicious patriots frightened by cartoon images of Communist revolutionaries coming to cut their throats as they slept. America’s visceral fear of socialism began then and continues to this day. Bernie Sanders is labeled a “socialist” by contemporary conservatives, who are anxious to stop any challenge to the neoliberal status quo. Of course, by global standards Bernie is no more than a center left European social democrat.

Socialism in most Western countries has morphed into an unstable hybrid of statism and capitalism, and the same can be said of the communist world. Russian oligarchs enabled by Putin are the new robber barons, the owners of gigantic yachts and castles. Years ago China opted for a middle way, although Xi has attempted lately to bring private actors under greater control by the state. The pragmatic as well as idealistic values of socialism have been perverted by the same forces that turned free enterprise into mega capitalism: the desire for unlimited power and the need to maintain it.

“Mr. McKay Speaking in the Throne Room of the Kremlin” from Claude McKay’s article “Soviet Russia and the Negro,” The Crisis, December 1923. Photo: Wiki Commons

After time in France, McKay returned to America and wrote prolifically, editing a leftist newspaper. His poetry and nonfiction carried the banner of revolution, but the rise of Stalin and in 1929 the exile of Trotsky, whom McKay deeply admired, transformed him into a full-throated opponent of Russian authoritarianism. The decade leading up to McKay’s death in 1948 is barely covered here, but James’s history is explicitly dedicated to the formative years of this Jamaican-American Black agitator and writer, his evolution into an apostle of Marxist socialism.

McKay was an artist whose written work covered a wide range of human feelings, not just the political. As an example of the latter, there is his 1919 poem “If We Must Die,” a forceful expression (drawing on resonances with WWI) of the angry desperation of Black resistance to white racism. Here are its opening lines:

If we must die — let it not be like hogs

Hunted and penned in an inglorious spot,

While round us bark the mad and hungry dogs,

Making their mock at our accursèd lot.

The poem ends with a call to fight back, to die, if necessary, on one’s feet and not on one’s knees.

Yet McKay could also be more personal and unabashedly sentimental. The second stanza of his 1922 poem “Spring in New Hampshire” is an idyll, a daydream about the beauty of nature and our place in it:

Too wonderful the April night,

Too faintly sweet the first May flowers,

The stars too gloriously bright,

For me to spend the evening hours,

When fields are fresh and streams are leaping,

One comes away from Claude McKay: The Making of a Black Bolshevik feeling that the Black writer lived a full and admirable life, politically and socially engaged, but never to the diminution of his individuality. Pure Bolshevism would have dogmatically dismissed the personal and emotional as bourgeois affectations, distractions that took energy away from the struggle against oppression. But McKay was too much of a creative spirit to be remade into something other than what he was. For him, humankind needs both the bread and the roses.

Thomas Filbin is a freelance critic whose reviews have appeared in the New York Times Book Review, Boston Sunday Globe, and Hudson Review. He lives outside of Boston.