Structuring the Economy To Give Money to the Rich Is Inflationary

Policies that give more money to people at the top are inflationary. If we want to help the working class we have to pursue policies that reverse upward redistribution, not promise the return of manufacturing jobs that no longer offer a wage premium.

July 23, 2022 Dean Baker The Center for Economic and Policy Research (CEPR)
Printer friendly
Structuring the Economy To Give Money to the Rich Is Inflationary Published July 23, 2022 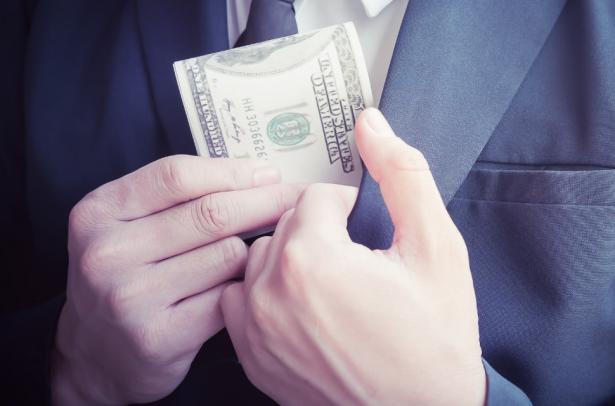 The big problem with Stryker’s argument is that it assumes that the working class will somehow benefit from having more manufacturing jobs. This would have been true 20-years-ago when noncollege educated workers in manufacturing enjoyed a substantial pay premium over workers employed in other sectors. It is no longer true today.

Due to our trade deals (especially Clinton’s), which cost millions of manufacturing jobs, the sector no longer offers any substantial pay premium over employment in other sectors. At the most basic level, the average hourly earnings of production and nonsupervisory workers in manufacturing is now less than 92.0 percent of the average for the private sector as a whole.[1]

This is the reason Stryker’s agenda offers little real hope for the working class, regardless of how it polls. On the other hand, today’s inflation should show us very directly how attacking the policies that redistribute so much income upward would help the working class.

The basic story is simple: policies that give more money to people at the top are inflationary. The fact that we structured our patent rules and pandemic handouts to create five Moderna billionaires, and many other very wealthy people at Moderna and other pharmaceutical companies, meant that we had people at the top spending more on housing, cars, vacations and other items that increased demand in the economy. Just as it can be inflationary when the government sends people $2,000 checks, and they spend it, it can be inflationary when the government transfers to hundreds of billions of dollars annually to the people in a position to benefit from the patent monopolies it has granted.

Similarly, the fact that our doctors earn more than twice as much as their counterparts in other wealthy countries, because we protect them from the sort of competition to which we subject our manufacturing workers, means that we have almost 1 million doctors with the equivalent of $150,000 checks from the government each year.[2] The same is true of dentists, lawyers, and other high-end professionals who our politicians look to protect from competition rather than seek economic efficiency.

We also transfer tens of billions of dollars upward to CEOs and other top corporate executives through the corrupt corporate governance structure that we have instituted. A recent study surveyed corporate directors and found that the vast majority did not even see it as their job to contain CEO pay. Instead, they saw their role as supporting top management.

In this context, it is not surprising that even mediocre CEOs can get paychecks in the tens of millions of dollars annually. And, it is not just the CEO. If the CEO gets $20 million, the chief financial officer might get $10 to $12 million, and even third tier executives may get $2 to $3 million. This is all inflationary. Again, it has the same impact on the economy as if the government were sending checks of this size to top executives.

There are other ways in which the economy has been structured to give more money to those at the top, at the expense of the working class. (See Rigged: How Globalization and the Rules of the Modern Economy Were Structured to Make the Rich Richer [it’s free].) But the point here should be clear, if we want to help the working class, rather than just win their votes, we have to pursue policies that reverse upward redistribution, not promise the return of manufacturing jobs that no longer offer a wage premium.

This can be done, but it requires that we think a bit differently. For example, instead of just handing out tens of billions of dollars in subsidies to the semi-conductor industry, we could say that a condition of getting the money is that the research that is publicly funded be in the public domain. That means that the chips and other products produced as a result of the research would be far cheaper.

We could and should do the same with prescription drugs, potentially saving us hundreds of billions of dollars annually on drug spending. (As much as four times the food  stamp budget.) We could also change the rules of corporate governance to make it more difficult for inept CEOs to pocket tens of millions. And, we could look to cut back the massive waste in our financial sector that supports many of the richest people in the economy.

Anyhow, Stryker is right that Democrats need to pursue policies to win back the working class. This is necessary both to win elections and because it is the right thing to do. Unfortunately, the policies he is pushing will not help the working class. It may be painful, but we badly need some new thinking here.

[1] A fuller comparison has to include non-wage compensation and also look at the specific demographics of manufacturing workers compared to the workforce as a whole. This could still leave some premium, but almost certainly a very small one.

[2] That’s an average, family practitioners and other lower paid specialists do not earn that much more than their counterparts in other countries.

Dean Baker, Senior Economist, co-founded CEPR in 1999. His areas of research include housing and macroeconomics, intellectual property, Social Security, Medicare and European labor markets. He is the author of several books, including Rigged: How Globalization and the Rules of the Modern Economy Were Structured to Make the Rich Richer. His blog, “Beat the Press,” provides commentary on economic reporting. He received his B.A. from Swarthmore College and his Ph.D. in Economics from the University of Michigan.

The Center for Economic and Policy Research (CEPR) was established in 1999 to promote democratic debate on the most important economic and social issues that affect people’s lives. In order for citizens to effectively exercise their voices in a democracy, they should be informed about the problems and choices that they face. CEPR is committed to presenting issues in an accurate and understandable manner, so that the public is better prepared to choose among the various policy options.