The Good, the Bad and the Omitted in the Electoral Count Act

The bill fixes many problems, but doesn’t really safeguard Americans’ right to vote.

July 24, 2022 Harold Meyerson The American Prospect
Printer friendly
The Good, the Bad and the Omitted in the Electoral Count Act Published July 24, 2022 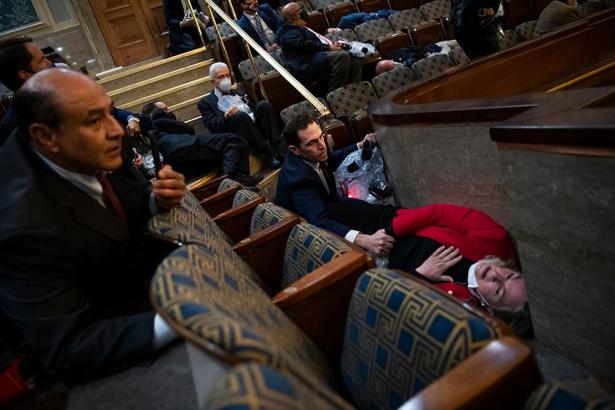 If ever there was a piece of legislation that embodied the words “necessary but not sufficient,” it’s the Electoral Count Act, which a bipartisan group of 16 senators announced yesterday that they had agreed upon its terms and were introducing into the Senate.

The proposed act addresses much that’s wrong with our Electoral College setup, except the Electoral College itself. And the timing of its release—on the eve of a primetime hearing telling us more about Donald Trump’s culpability for the January 6th insurrection – appears to be a Republican attempt to upstage the hearings and its devastating revelations.

Indeed, if the article by rightwing columnist Henry Olsen that the Washington Post put online earlier today is any indication, the right is now arguing that it’s the flaws in existing law that is the real culprit behind January 6th. “The Electoral Count Act of 1887 was the trigger for the tragic event that shocked the world,” Olsen wrote. Trigger? The trigger was Donald Trump; the 1887 act simply enabled him to turn the Capitol into a potential shooting gallery. “Without the ECA,” Olsen continued, “there would have been no Jan. 6 riot.”

For all the flaws in the 1887 Act, it’s worth noting that no other president had ever used its fuzzy language as a pretext for having an armed mob storm the Capitol. For that matter, had the January 6th tally not provided a forum for Trump to disrupt, he would likely have sent his goons to the December 14th state certifications or even the January 20th inaugural.

All that said, the Electoral Count Act is a completely necessary reform of several aspects of our still fundamentally dysfunctional way of choosing the world’s most powerful person. Under its terms, the vice-president’s role at the January 6th tallying becomes explicitly ministerial; the number of representatives and senators required to object to a tally on January 6th is raised from one-per-house to 20 percent of the members in each house; only governors are permitted to transmit the slate of state electors to Congress, so there will be no more than one slate; the process by which a presidential candidate can appeal a state’s procedures (or a governor sending in his own preferred slate rather than that chosen by state voters) is expedited in federal court.

As to Trump’s desperate argument that a legislature can choose to send its own slate of electors rather than the one chosen by voters, which appears to be something that our 18th-century Constitution regards as permissible, the proposed act stipulates that if legislators’ take it into their deranged little heads to do that, they have to pass legislation changing the procedure before—not on or after—Election Day.

That might be enough to keep such so-called originalists as Samuel Alito and Clarence Thomas from striking down the notion of popular elections, which have actually been around for quite a while. As I learned from Michael Kazin’s excellent new history of the Democratic Party, What It Took to Win, by 1832 every state had decided to let voters, not the legislature, choose the president, with the single exception of that beacon of democratic values, South Carolina. Alito and Thomas probably think that South Carolina had the right idea, but the bill now before the Senate says if any legislature wants to go that way, they have to affront their electorate before they face them at the polls.

To be sure, the proposed legislation, which already has nine Republican senators supporting it and thus needs just one more to get past the filibuster, fails to stop Republican-run states from doing all they can to make it hard for citizens they fear may vote Democratic—chiefly minorities and the young—from voting. The dynamic duo of Manchin and Sinema refused to suspend the filibuster to allow a bill doing that from passing in the Senate. But the bill unveiled yesterday does mend some of the gaping holes in election law and needs to be enacted, even if the fundamental way our leaders are chosen are as dated as the spinning jenny and way more destructive.