tv ‘The Bear’ Brings an Authentic, Breakneck Look at Restaurant Life to Hulu

The new FX series "The Bear" fictionalizes trying to turn around a failing Chicago sandwich shop, and how chef egos (always) come into play 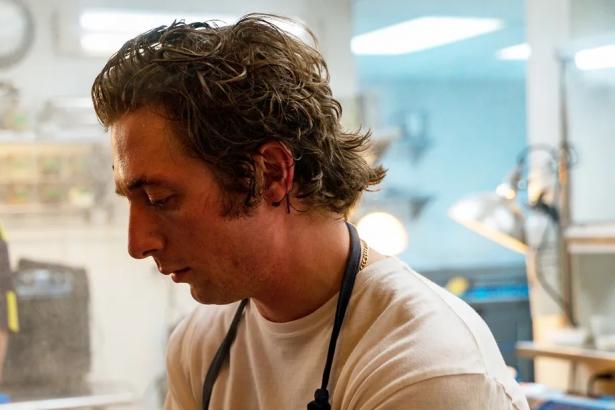 Over the past decade or so, much of food television, scripted or otherwise, has focused almost entirely on haute cuisine. We’ve seen plenty of fancy chefs on the brink in films like Chef and Burnt, but few have taken on the challenge of showcasing the gritty, chaotic reality of life in a regular neighborhood restaurant that’s on the brink of financial collapse. Enter The Bear, a new series from FX streaming on Hulu today.

Starring Jeremy Allen White and created by Christopher Storer of Eighth Grade fame, The Bear follows Carmen “Carmy” Berzatto as he returns to Chicago after a brief (but successful) turn in the world of fine dining. Before coming back home to run the Original Beef of Chicagoland, a workaday sandwich shop, Carmy’s a bit of a prodigy, having spent time in some of the world’s best kitchens — including Noma and the French Laundry — and was named a Food and Wine Best New Chef, all before the age of 21. The script notes that Carmy won a James Beard Award, and was in charge of the “best restaurant in the world, at least according to Eater.” (Note: Eater does not actually host the Best Restaurant in the World Awards anywhere but inside our own minds.)

But now, Carmy is stuck in Chicago running the Original Beef after the sudden death of his brother; he does so alongside a seriously compelling cast of side characters. Carmy’s trying to bring the restaurant’s kitchen — and its sandwiches — up to his own exacting standards, so he brings in Sydney (Ayo Edebiri), an ambitious and organized sous chef who’s tired of not being taken seriously in the restaurant world. She’s a perfect foil to surly line cook Tina (Liza Colón-Zayas), who’s deeply skeptical of how Carmy is changing both the recipes and the way that things have always been done at the Original Beef. And then there’s real-life Toronto chef Matty Matheson, who makes recurring appearances, bringing both chef cachet and the occasional comedic relief to some of the show’s most tense scenes.

Across eight breakneck episodes, The Bear offers what may be scripted TV’s most authentic portrayal of life inside a failing restaurant. Its early moments feel like a reality show, perhaps an episode of Restaurant Nightmares, as Carmy tries to whip the kitchen into shape. The restaurant is, like so many others, deeply in debt, leaving Carmy to trade vintage men’s fashion for the beef he needs to make his sandwiches and with a stack of bills he has no idea how to pay. The air of this restaurant and its chef feel viscerally real, especially for anyone who’s ever worked in a restaurant kitchen that’s steeped in chaos.

But Carmy’s determined to make it work. Seemingly overnight, the staff of the Original Beef learns how to say “behind!” and “corner!” when they’re walking through the kitchen with hot food or sharp knives, and “yes chef!” becomes as common a refrain in this dingy storefront as, I imagine, it is at the French Laundry. As in restaurants and in real life, though, every step forward for the Original Beef comes with at least one step backward as Carmy tries to both save his brother’s restaurant and battle his own trauma after working for an asshole chef, played in flashbacks by Joel McHale, in his former life.

Along with its gritty authenticity, The Bear is also deeply steeped in late millennial “foodie” culture. Carmy is written with all the hallmarks of important culinary credentials that lend the credibility he needs — that Food & Wine nod, the James Beard Award — to make the audience understand that he is a Serious Chef. The actual scenes involving food, the roasting of top round to make the Italian beef, the perfectly brunoised vegetables that are transformed into fresh giardinera, are beautifully shot, and hunger-inducing without wandering too far into food porn territory. To be sure, Carmy’s sandwiches would look killer on the ‘Gram, and it seems likely that this is the kind of spot that would go viral on TikTok for serving top-tier sandwiches in an unassuming space. Hell, even the wildly popular Our Place Always Pan makes a cameo.

The series also crystallizes much of what we’ve learned about the impact of this kind of high-stress environment has on the people who make the restaurant industry possible, specifically mental health struggles and substance abuse disorders. Those maladies have been heavily reported on in publications like the one you’re reading right now for nearly the past decade, and fit in perfectly with the show’s themes. Is there anything more peak millennial foodie than an ex-Noma chef with an anxiety disorder? I think not.

And although it is certainly entertaining for a food writer like myself, I do wonder who exactly this show is for: What is its audience? Surely it isn’t chefs looking to unwind at 2 a.m. after a long night of running dinner service — nobody wants to watch a show about their job when they’re off work. Much of The Bear feels a little bit like inside baseball, and many viewers won’t necessarily understand why Carmy is so frustrated that nobody bothers to say “behind!” when they’re walking around the kitchen with a plate of hot food. For those viewers who do know food and restaurant culture intimately, it feels a little thematically dated. Tweezer food and chef angst is very 2010, but the acting and the writing in The Bear give it just enough heart to make it worth the watch.

At the end of the series, you might be left wondering why Carmy has any interest in transforming this shitty old restaurant into something great. Why wouldn’t he just cut his losses and start all over again? But that is, largely, the fundamental question of why anyone chooses to run a restaurant in real life, knowing that turning a massive profit is nigh impossible and that there is no end to the work that will need to be done. Like The Bear, the restaurant industry is built on chaos and uncertainty and men wrestling with their egos, and that’s exactly what makes this series feel so accurate and compelling.

All eight episodes of The Bear are now streaming on Hulu.