labor “Live in Fragments No Longer”

“Surveillance makes worker coordination and solidarity harder, and big data makes capital coordination easier, so the need for both pro-labor and antitrust laws is greater than ever before.” 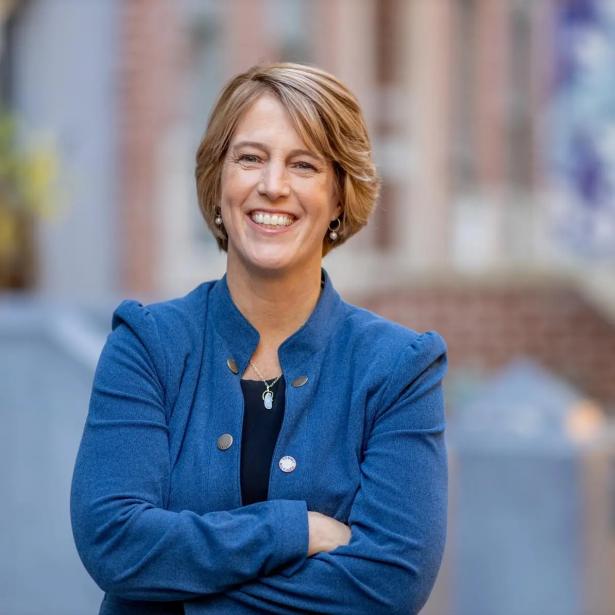 Zephyr Teachout opens “The Boss Will See You Now,” her essay from the Review’s Summer Issue about the proliferation of surveillance at work, with an anecdote about working as a personal assistant to a wealthy writer. Teachout fondly remembers the cadre of three other full-time employees who worked alongside her, and their occasional lunches together spent gossiping and laughing. But, she cautions, “Our wages and raises were all unpredictable. Two of the staff relied on green cards. These circumstances, which had been the subject of so many conversations, suddenly became the source of insecurity. We gradually, then all at once, stopped having lunch together.” The paranoia Teachout identifies—the question of what employers know about their employees’ communications, and what they might do with it—is also, she elaborates, a method of alienating workers from one another.

Teachout is an attorney and organizer, a professor at Fordham Law School, and, as of January 2022, a special advisor and senior counsel for economic justice for the New York state attorney general’s office. This week I e-mailed her to ask about resisting surveillance regimes, enforcing labor law, and life on the stage.

Daniel Drake: I’m curious about the current legal status of surveillance at the workplace. You note that “nothing except for unionization or new laws would stop an employer from taking all the data it is gathering and…using them to more precisely adjust wages.” What kinds of protections, if any, do current laws offer employees, both against being surveilled in general and against the kind of capricious, tournament-style wage fixing you describe?

Zephyr Teachout: It’s a messy, weak, and unstable web of protections. At the state level, the common law tort of invasion of privacy usually doesn’t help, because courts typically find that employees have no reasonable expectation of privacy at work so long as the employer can give any semblance of a business justification for intrusion. A California court found that an employer using access to an e-mail account to investigate compensation claims clearly represented a privacy intrusion, but those wins are rare. Searches at any time are expected, and any use of work e-mail, phones, work social media, or other tools can be studied without permission. Some states have protections for public-sector workers. A handful of states forbid employers from demanding access to passwords, and others have placed limits on employers’ use of social media data. (While some states require consent before gathering some communications information, the typical power dynamic is such that employees will almost always agree.) There are no federal laws that meaningfully limit surveillance in the private sector, except that employers can’t spy on labor organizing activities.

What might effective enforcement of labor laws look like? Is union pressure a necessary component, or could the NLRB be pressured into pursuing companies that break the law?

Strong labor laws make it easier for workers to coordinate. Strong antimonopoly laws make it harder for capital to coordinate. We need better enforcement of both at every level, and we are starting to see that. I hope my essay shows that surveillance makes worker coordination and solidarity harder, and big data makes capital coordination easier, so the need for both pro-labor and antitrust laws is greater than ever before. At the same time, if we are going to have a public sphere, everybody has got to spy less, and that requires simple bans on data collection in many of the spheres we’ve allowed it to creep into. If we rely on consent-based models, the power dynamic won’t change—the power dynamic will lead to consent, and surveillance that has seemingly been ratified by the people being spied upon.

Something I appreciated about your essay was its emphasis on how worker solidarity is not just a useful tactic, but in fact one of the major pleasures (or consolations) of work. What do you think are the fundamental impediments to successful unionization drives and other methods of creating workplace solidarity?

We are in a moment right now. Over two hundred Starbucks stores have unionized in the last year alone, the Amazon Labor Union won an extraordinary victory in Staten Island this past April, restaurant workers and Trader Joe’s workers are unionizing—and these newly unionized worksites are showing that they are willing to strike. That’s not an answer to your question, but I don’t want to overanswer it, because none of this could have been anticipated twelve months ago. Those of us who didn’t expect this—which is most of us—shouldn’t be limiting the scope of what can happen, but instead celebrating it, supporting it, and demanding legal changes that will make unionization easier.

What have you been reading lately?

After years of being online all the time—a hazard of activism—I’ve been reading more books recently, and it’s a pure joy. In fiction, I just read and relished Colm Tóibín’s Nora Webster, and I just ordered Ann Patchett’s Dutch House. Nonfiction, I just read Empire of Pain by Patrick Radden Keefe—brilliant!—and am starting Kochland by Christopher Leonard. And I have a three-year-old, so Cat in the Hat, Max and the Tag-Along Moon by Floyd Cooper, and Lentil by Robert McCloskey are pretty nearly memorized.

Something I didn’t know about you until I started preparing for this interview is that you are also an accomplished actor. Do you have plans to perform on stage again? Do you find that you bring your acting talents to bear on other parts of your life?

Thank you for your kind words, but a better way to put it is that I’ve been involved in community theater for decades, and once or twice I achieved something I am truly proud of. The hard-fought joy of theater, when it works (and even sometimes when it doesn’t), is one of the great ecstatic human experiences, an unrivaled triple connection: with the character one embodies, with the audience, and with everyone else in history who has embodied that role. To me, engaging in art—whether through theater or painting or singing in community or writing poems—is a central and necessary joy. Creativity and play, at every stage of life, are part of human freedom. I find it outrageous that children are locked out of art and theater by claims that there isn’t enough money or time at school; all children deserve theater, and all adults, in a nontotalitarian society, need the freedom to be creative, playful, and to exist outside of the eyes of government and quasigovernmental corporations.

One thing I was trying to do in “The Boss Will See You Now” was explore and evaluate the human impacts of surveillance: what it does to the sparks of creativity, trust, and connection that allow for a joyful, fulfilling life. Monopolies and surveillance crush wages and the human soul simultaneously; they atomize us, disconnect us from one another and also from ourselves. “Live in fragments no longer,” as E. M. Forster said (or Margaret Schlegel did), connect the passion and the prose—that seems a worthy goal on a personal and political level.

Zephyr Teachout is a Professor at Fordham Law School. She is the author of Corruption in America and Break ’Em Up. (August 2022)

Daniel Drake is on the editorial staff of The New York Review of Books.