In her decision Monday, Cannon managed to cite the lone independent “statement” in a recent Supreme Court opinion from Justice Brett Kavanaugh, who wrote that a former president like Trump does retain some executive privilege. 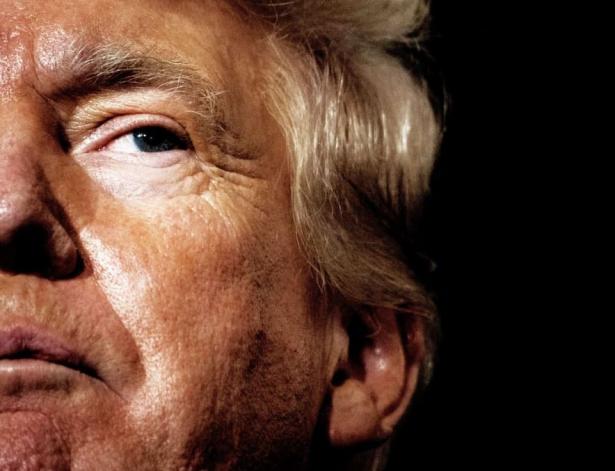 When former President Donald Trump summoned up years of bubbling resentment and sued Hillary Clinton and everyone else involved in Russiagate earlier this year, he naturally filed his lawsuit in South Florida—home to his oceanside estate.

And yet, when his attorneys formally filed the paperwork, they selected a tiny courthouse in the sprawling federal court district’s furthest northeast corner—a satellite location that’s 70 miles from Mar-a-Lago. They ignored the West Palm Beach federal courthouse that’s a 12-minute drive away.

Trump’s legal team, it seemed, was specifically seeking out a particular federal judge: one he appointed as president.

The tactic failed, and Trump instead got a Clinton-era judge whom he promptly tried to disqualify for alleged bias. U.S. District Judge Donald M. Middlebrooks called him out in a snarky footnote.

“I note that Plaintiff filed this lawsuit in the Fort Pierce division of this District, where only one federal judge sits: Judge Aileen Cannon, who Plaintiff appointed in 2020. Despite the odds, this case landed with me instead. And when Plaintiff is a litigant before a judge that he himself appointed, he does not tend to advance these same sorts of bias concerns,” Middlebrooks wrote in April.

Months later, Trump is once again suing in the Southern District of Florida, this time seeking to hamper the FBI investigation into the way he kept hundreds of classified records at Mar-a-Lago. Except this time, he got Cannon.

The strategy is already paying off.

On Monday afternoon, Cannon single-handedly hit the brakes on the most politically sensitive and consequential FBI investigation ever undertaken. Convinced by Team Trump’s legal arguments that the routine Justice Department methods for carefully handling seized documents aren’t good enough when investigating this particular former president, she ordered that a “special master” be tasked with playing referee to dictate what happens with classified documents that are evidence of a crime.

“The investigation and treatment of a former president is of unique interest to the general public, and the country is served best by an orderly process that promotes the interest and perception of fairness,” she wrote in her order.

As they did last month at Mar-a-Lago, the feds typically rely on a so-called “filter team” to separate constitutionally protected communications between a suspect and their lawyer from evidence that goes to the actual investigators working on the criminal case. But Cannon ordered the appointment of a “special master”—from a list of candidates who are amenable to both the DOJ and Trump—to further oversee the handling of those documents. The fact that Trump may have a say is a notable victory rarely granted to someone accused of crimes as serious as violations of the Espionage Act.

Cannon held back on deciding whether the FBI should return Trump’s personal items—like accounting documents, medical records, and tax-related correspondence—even though the DOJ has indicated that their placement next to some of the nation’s most highly classified secrets officially makes them evidence of Trump’s criminal recklessness that could be shown at a future trial.

Her ruling was widely criticized by former prosecutors and legal scholars on Monday over the way it awkwardly lent credence to the idea that an ex-president can somehow assert “executive privilege” over government documents, even if federal law enforcement agencies operating with the tacit approval of a current president are acting in their capacity as the current executive branch.

“This special master opinion is so bad it’s hard to know where to begin… her analysis of standing is terrible. Trump wouldn’t own these docs anyway, so why does he get a Master over them?” tweeted Neal Katyal, a national security law professor who was previously the nation’s top lawyer as the federal government’s solicitor general.

Katyal also criticized the way Cannon didn’t do what was largely considered the right move: sending Trump’s lawsuit back to U.S. Magistrate Judge Bruce E. Reinhart, who approved the search warrant of Mar-a-Lago and already oversaw key elements of this matter.

“She let Trump forum shop for a judge, instead of letting the magistrate judge evaluate these claims. The appearances here are tragic,” Katyal wrote.

Cannon’s order was chock-full of innuendo, including odd swipes at the Biden administration and jabs at investigative journalists for their role in uncovering what exactly Trump did with these classified records at Mar-a-Lago.

“The Court takes into account the undeniably unprecedented nature of the search of a former President’s residence,” she wrote, citing a potential lack of “customary cooperation between former and incumbent administrations regarding the ownership and exchange of documents” and stressing “the interest in ensuring the integrity of an orderly process amidst swirling allegations of bias and media leaks.”

She went even further, noting the importance of having an independent referee oversee the handling of seized materials to ensure that Trump wouldn’t suffer “irreparable injury” from “exposure to either the Investigative Team or the media.”

Her comments notably come at a time when investigative journalists have frequently led the charge on documenting evidence of Trump administration corruption.

Cannon telegraphed much of her decision-making process during the case’s very first public hearing on Thursday, when she entertained the idea of blocking FBI special agents from reviewing the documents they’ve already had for nearly a month—while still allowing the Office of the Director of National Intelligence to continue using them to assess the potential damage of having so many national security secrets housed in desk drawers and boxes at a ritzy beach club.

“So would your position change,” Cannon asked a reluctant federal prosecutor on Thursday, “if the special master were permitted to proceed without affecting the ODNI's ongoing review for intelligence purposes but pausing temporarily any use of the documents in criminal investigation?”

According to a transcript, the Justice Department’s top counterintelligence prosecutor, Jay I. Bratt, later summed up why it’s bonkers to have a former president assert executive privilege against a current president to slow down the FBI—and put some of the nation’s most closely guarded secrets right back into the hands of a former president who no longer has no authority to have them.

Her comments bewildered legal scholars and raised alarms at the time.

And yet on Monday, Cannon did just that, stopping the FBI while still allowing the nation’s spy chief to keep using these seized documents to conduct her damage assessment.

This isn’t the first time Trump has waved around his expired credentials and claimed what some have called “leftover executive privilege.” When he tried to stop the Jan. 6 Committee from obtaining his administration’s records at the National Archives, the argument was shot down by a federal judge who proclaimed that “presidents are not kings, and plaintiff is not president.” The legal argument was also resoundingly rejected by an appellate panel, and the Supreme Court gave him the cold shoulder.

In Cannon, Team Trump will find a conservative-leaning lawyer who spent more than a year waiting in line for a judicial appointment and who, despite being a foreign-born Hispanic woman, wasn’t willing to openly disagree with Trump’s racist remarks about a U.S. judge of Mexican descent.

Cannon was born in Cali, Colombia, in 1981, just as Pablo Escobar’s cocaine-trafficking Medellín Cartel started taking hold of the country, with sicario assassins killing prosecutors and forcing scared judges to hold court behind curtains. She grew up hearing stories about how her Cuban grandmother had to flee Fidel Castro’s communist regime, and how her mother had to leave the tropical island when she was only 7 years old. While attending Duke University at the turn of the century, Cannon did a short stint as a journalist at The Miami Herald’s Spanish-speaking sister newspaper, El Nuevo Herald, which closely covers the overwhelmingly conservative expatriate community in South Florida.

According to government disclosure forms, she joined the Federalist Society in 2005 just as she started law school. She went on to do a clerkship with a federal appeals court judge, Steven Colloton, who is known for conservative opinions, including one that favored Christian objections to Obamacare’s mandate forcing insurance companies to cover birth control and another that upheld a South Dakota law requiring doctors to inform abortion-seeking patients that women who have abortions are more likely to kill themselves.

After a few years at the private law firm of Gibson, Dunn & Crutcher in the nation’s capital, she returned to South Florida to become a federal prosecutor in 2013. Senator Marco Rubio (R-FL) reached out to her in June 2019 to recommend her to the federal bench. By September of that year, she was already in touch with Trump’s White House lawyers about the nomination.

Democrats in the Senate mostly either opposed her nomination or withheld voting. Cannon asserted to Senator Diane Feinstein (D-CA) in writing that she did not have any discussions about loyalty to President Trump. But Cannon would not even address Trump’s hateful rhetoric and damning comments about the judiciary. She dodged the topic when Senator Cory Booker (D-NJ) brought up how then-candidate Trump in 2016 bashed the federal judge presiding over the civil fraud case against the scammy Trump University with the claim that U.S. District Judge Gonzalo Curiel had “an absolute conflict” because “of Mexican heritage.”

“Do you agree with President Trump’s view that a judge’s race or ethnicity can be a basis for recusal or disqualification?” Booker asked in writing.

“As a judicial nominee, it would not be appropriate for me to comment on the political statements of elected officials, including President Trump,” Cannon responded.

She was confirmed by the Senate and started on the bench a week after Trump lost his re-election bid in November 2020. Fast-forward two years, and Cannon’s first major case involves the very president who appointed her.

Cannon has shown her willingness to turn legal precedent that would normally be expected to harm Trump into a tool that will help him. During the Thursday hearing that led to this recent order, DOJ national security lawyer Julie Edelstein cited a post-Watergate scandal Supreme Court decision that cemented the idea that a former president’s official papers belong to the American people. That case, referred to as Nixon v. GSA, says that executive privilege shouldn’t be cited to keep them private simply because it’s convenient for the person who left office.

In her decision Monday, Cannon managed to cite the lone independent “statement” in a recent Supreme Court opinion from Justice Brett Kavanaugh, who wrote that a former president like Trump does retain some executive privilege. She repeated what he wrote then, that “a former President must be able to successfully invoke the Presidential communications privilege for communications that occurred during his Presidency, even if the current President does not support the privilege claim.”

The only opposition vote favoring Trump in that Supreme Court decision in January came from Justice Clarence Thomas, who remained silent. But he might have something to say on the matter soon enough. If the DOJ appeals this ruling, it could quickly make its way up to the appellate courts, possibly in the form of an emergency request. If it does, legal scholars have noted, the case could end up with the Supreme Court judge assigned to hear extremely time-sensitive matters out of Eleventh Circuit’s three southern states: Thomas.

[Jose Pagliery is a political investigations reporter at The Daily Beast. He previously did investigative work at Univision New York, CNN, and newspapers in South Florida. He enjoys exposing injustice and corruption, so help him! Call or text with a tip: (305) 814-3006. Or send an email: jose.pagliery@thedailybeast.com or tips@thedailybeast.com.]