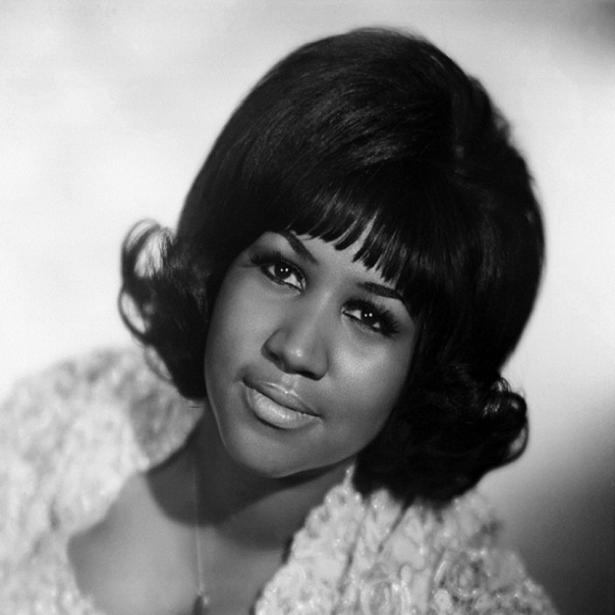 The FBI has declassified its file on the late Aretha Franklin. The document, which spans 270 pages and includes reports from more than a dozen states, shows that the FBI extensively tracked Franklin’s civil rights activism, particularly her friendships with Martin Luther King, Jr., and Angela Davis. Elsewhere, the file outlines reputable death threats against the singer and a massive copyright infringement case spawned from a Yahoo! Groups message board in 2005.

The notes on Franklin’s friendship with Dr. King include close documentation of her performances at the Southern Christian Leadership Conference (SCLC), of which King was president. The FBI characterizes the shows—which took place in Atlanta, Georgia, and Memphis, Tennessee, in 1967 and 1968—as “communist infiltration” events. A subsequent note in the file is titled “Assassination of Martin Luther King. Racial matters.” It alleges that Franklin was said to be involved in a free, “huge memorial concert” at Atlanta Stadium, donated by the Atlanta Braves. The show “would provide emotional spark which could ignite racial disturbance this area,” according to an FBI source. In the end, the SCLC scrapped that memorial service and held a three-mile procession to Morehouse College instead.

The tracking of Franklin’s ties to Angela Davis includes notes on her performance at a 1972 fundraiser in Los Angeles for the Angela Davis defense fund. The file notes that Davis was “facing murder-kidnapping charges in California” and that the concert was sponsored by the National United Committee to Free Angela Davis—“an organization founded by the Communist Party, United States of America.” Franklin had previously offered to post bail for Davis, though this was not documented.

The FBI identified Franklin as a prospective performer at supposedly threatening events far more often than she actually appeared at them. In 1971, for instance, an FBI source infiltrated the Boston branch of the Young Workers Liberation League, which was apparently planning an Angela Davis benefit that “might be held at the Boston Garden with Aretha Franklin.” Her planned performance at a Black Panther Party event in Los Angeles, which she cancelled due to timing issues (for which she later apologized), is documented in a file covered in “Top Secret” and “Classified” stamps. “Bobby Seale, Chairman of the Black Panther Party, has directed the Los Angeles Black Panther Party to initiate plans for a major rally culminating in free food distribution to the poor black people in Los Angeles,” it reads. “Source also advised that Gwen Goodloe wanted to contact Negro singing stars Aretha Franklin and Roberta Flack to possibly assist in the event.”

The bureau also pursued links between Franklin and the Black Liberation Army (BLA) after claiming to find her address among BLA documents. The FBI characterized the BLA as a “quasi-military group composed of small guerrilla units employing the tactics of urban guerrilla warfare against the established order with a view toward achieving revolutionary change in America.” The bureau eventually conceded that it could not determine Franklin’s association with the BLA.

Perhaps most bizarre is a 1976 document linking Franklin with the Coordinating Council for the Liberation of Dominica (CCLD), which an FBI source called “a black extremist group bent on disturbing the tranquility of the Island of Dominica.” The source added that the CCLD “may have established a base of operation in the New York City area” and identified Franklin as an associate of Roosevelt Bernard Douglas, a “black extremist of international note.” Douglas went on to become the Dominican prime minister. The bureau appears not to have found any further links between Franklin and the CCLD.

Three death threats against Franklin are documented, including a Cook County jail inmate’s attempt to extort her for $1 million while posing as an FBI agent, suggesting she would suffer repercussions for failing to pay. In 1974, a stranger told Franklin she was on a “hit list.” And five years later, one person extensively harassed her at home, by letter and telephone, with threats to her life.

More than 170 pages of the file pertain to a copyright infringement case, which began in 2005 after Franklin’s lawyers asked the FBI to locate a Yahoo! Groups message board moderator. It took several months and multiple grand jury subpoenas to find the culprit, who is a self-proclaimed “anti-fanatic” who “keeps it real with respect to his perception of the flaws in Aretha Franklin’s performances,” as well as allegedly selling pirated DVDs and CDs of her performances.

The FBI notes the page’s claim to be “the unofficial biggest Aretha Franklin fan site,” and describes, step-by-step, how to find the message board from the Yahoo! homepage. “A person will email and request to become a member of the group,” the bureau reported. “The application process is purely subjective. There are also members who have multiple screen names that will post messages with one screen name and then respond to their own posting and argue with themselves through their various screen names.” The case appears not to have made its way to trial.

Jazz Monroe is Associate Staff Writer and a music and culture writer based in London. His work also appears in the Guardian, the Independent, and elsewhere.

Sign up for a Pitchfork newsletter for important stories in music.