How an Attendance Policy Has Led the U.S. to the Brink of a Nationwide Rail Strike

The engineers and conductors who drive the nation's freight trains have had it. They're tired of unpredictable, inflexible work schedules. They're tired of being penalized for taking days off when they're sick or tending to a family emergency. They want a better quality of life. 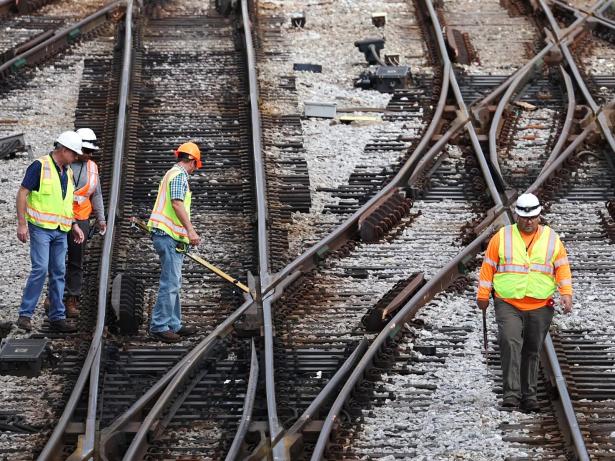 Workers service the tracks at the Metra/BNSF railroad yard in Chicago,Scott Olson/Getty Images

Like so many essential workers in the pandemic, the engineers and conductors who drive the nation's freight trains have had it.

They're tired of unpredictable, inflexible work schedules. They're tired of being penalized for taking days off when they're sick or tending to a family emergency. They want a better quality of life.

Now, they're making their voices heard, threatening a strike that could bring trains to a halt nationwide on Friday.

Freight railroads and the unions representing more than 100,000 rail workers have been negotiating a contract for several years. The stakes are high and a presidential emergency board appointed by President Biden recommended a compromise over the summer that would give workers a 24% increase in wages. Both sides — the unions and the railroad companies — have essentially agreed to the board's economic proposals.

But there remains one major sticking point that could derail all of it: a workplace attendance policy that the unions call draconian.

"This abusive and punitive attendance policy is breaking apart families and causing locomotive engineers and other railroaders to come to work dangerously fatigued," the Brotherhood of Locomotive Engineers and Trainmen said in a statement in May.

The unions now want a change to the policy to ensure that workers can take time off to tend to medical needs when necessary, without fear of discipline.

In the middle of the pandemic, railroads introduce a policy that workers hate

Points-based attendance policies are not new. Employers, including Amazon and Walmart, use them as a way to reduce unexpected absences from work. But such policies are fairly new to railroads.

BNSF Railway introduced its version, called Hi-Viz, in February 2022, saying it would improve consistency for both crews and customers. The unions say it has only made things worse.

Even before the system was introduced, railroad conductors and engineers were essentially on call all the time, outside of paid vacation and personal leave days (which they do accrue in amounts determined by seniority). When they get called to work, they generally have either 90 minutes or two hours to report to work.

Under Hi-Viz, if they are unavailable to report to work in that window, they are docked points from a starting balance of 30. Deductions range from 2 to 25 points, depending on the day. The more valuable the day, the higher the deduction.

That means Fridays, Saturdays, holidays and so-called "high-impact days," including Mother's Day and Super Bowl Sunday, result in larger deductions. When their point balance falls to zero, they face a 10-day suspension.

After that, their points are reset to 15. If their balance falls to zero again, it's a 20-day suspension. If there's a third time, the worker faces termination.

There are several ways workers can earn back points, including by being available to work for 14 consecutive days. 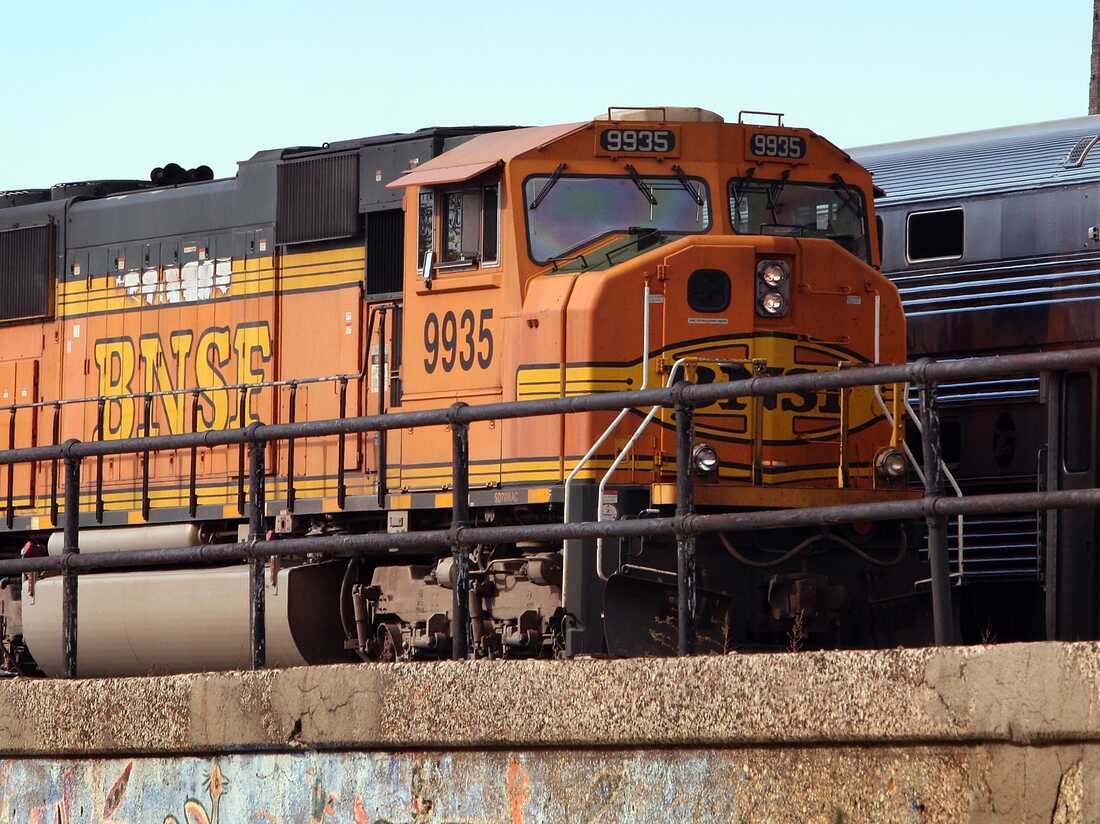 A number of factors put pressure on the railroads to implement such a system. For one thing, cargo volumes in the pandemic soared to record highs, as Americans went on a buying spree. There was simply a lot of stuff that had to be moved, and BNSF says it needs consistent and reliable attendance to stay competitive.

However, freight railroads had pared back their workforce dramatically since 2015 in a bid to reduce costs and increase profits. They introduced changes such as running fewer but longer trains, and waiting until trains are full to leave the terminal.

The federal Surface Transportation Board Chair Martin Oberman testified in April 2022 that he'd raised red flags because the workforce had shrunk by 29% — or about 45,000 employees — over the last six years.

With a leaner workforce, rail workers describe difficulties in scheduling time off even for anticipated events. You can't count on getting your preferred holidays off, especially if you lack seniority. Even for other days, workers are often told they cannot have the day off because too many others have already requested it.

The points-based attendance system penalizes anyone who tries to circumvent the system by simply calling in sick on a day that they had requested off but were denied.

The system also ends up penalizing people who are actually sick or have emergencies or family matters to attend to.

"We had a union member who missed a funeral, and another one who had to attend a funeral... and their points ended up getting zeroed out," says Kathleen Bisbikis, whose husband has worked for the railroads for 24 years out of Stockton, California. She is also national president of a group of family members and other supporters of the rail workers' union called the BLET Auxiliary.

BNSF says it made changes to its attendance policy earlier this year based on employee feedback, including increasing the number of points a worker can accrue with good performance. Since starting its points-based attendance system, the company says it has seen more planned vacation days taken as compared with before the system was in use.

BNSF also says this year it increased the number of personal leave days by 25%. The presidential emergency board has also recommended one additional day of paid leave as part of the workers' package.

It's still not enough for the unions. After laboring through the pandemic, they say, workers deserve better.

Bisbikis says there's been a mass exodus of workers because of the attendance policy.