Incarceration on TV Is Nothing Like the Prison Where I Live

As sensational shows like ‘60 Days In‘ return this fall, so does one of television’s favorite tropes: the scary, evil-doing prisoner. howcasing the most unstable of the incarcerated population spreads the false narrative that everyone in prison is a lost cause. 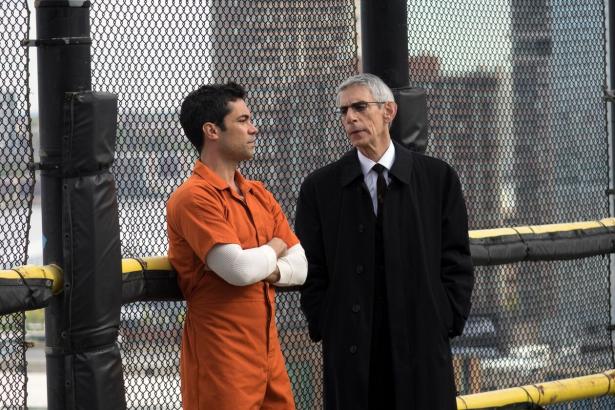 With the return this month of A&E TV’s 60 Days In, I’ve been thinking about the ludicrous depictions I’ve seen on TV of what incarceration is supposed to look like; in particular, how it bears little resemblance to the life I’ve lived inside for the last nineteen years.

Lockup, a show that ran for sixteen years on MSNBC claimed to give viewers a glimpse at life inside of prisons and jails, but it invariably featured the worst-of-the-worst characters—people clearly meant to inspire fear and horror.

Once, I saw two individuals on Lockup—the whites of their eyes were completely filled with ink, one red, the other blue. They looked like demons out of a horror movie. I’d never seen this before and couldn’t comprehend how someone could do something so stupid. Who risks their sight to have their eyes filled with colored ink? The two prisoners on TV were laughing and joking as they talked about getting in trouble for tattooing and other violations of prison rules. I became annoyed. Why are these the kinds of people the media uses to depict the over two million incarcerated people across America?

I’ve long despised shows like this for their inaccurate portrayal of people who are incarcerated. Nevertheless, I watch them occasionally to see what foolish characters they choose to parade across the screen to represent the community in which I’ve lived for decades.

Now forty-one years old, I was first introduced to the carceral system at the age of twelve. I’ve spent time in some of the worst prisons across the state and have yet to meet the type of prisoners who make up the cast of shows like Lockup.

I’ve thought a lot about why the media highlights these characters as representative of the incarcerated population. Is it to maximize drama by seeking out the most outrageous behavior and putting it on display for society’s entertainment? Or is it a fear-mongering tactic to convince society that everyone behind prison walls is deranged, and that people in the free world are safer if we’re kept behind the razor wire that surrounds us? I often think it’s the latter.

Prison can be tough, even violent at times, but the majority of prisoners are not running around like chickens with their heads cut off, willing to do anything for attention. They are working toward bettering themselves, not tattooing their eyeballs. I work with men everyday who want a better life and strive to find an opportunity to escape the oppressive and abusive environments they’ve spent their life struggling to survive.

Showcasing the most unstable of the incarcerated population spreads the false narrative that everyone in prison is a lost cause. It allows those on the outside to become detached from the harm caused by incarcerating so many of their fellow citizens.

Although Lockup is no longer on the air, its long run caused irreversible harm by convincing viewers that their safety depends on mass incarceration. Plenty of other “true crime” and true-crime-inspired shows, including COPS, Snapped, Law and Order, and CSI continue to perpetuate the same false narrative that we need prisons to keep communities safe. But the reality is, we don’t.

Instead of imprisoning those we are afraid of, we need to invest in impoverished communities and offer people opportunities for success.Yes, those of us who cause harm need to be accountable for our actions, but painting us as monsters only works against what’s most important: a safer society for all.

We publish multiple stories every day on our website, and also produce a bimonthly magazine featuring investigative reporting, cultural and political analysis, and poetry.