The former president’s hoarding of classified documents is the least complicated of his scandals—and it’s also proving the hardest to dodge. If that were not enough, there is the Al Capone-like tax evasion. 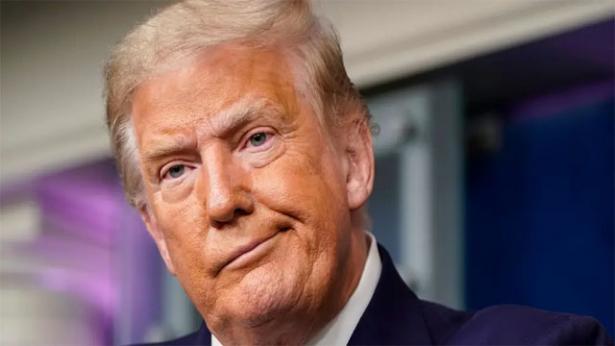 By now, the American people are no stranger to former President Donald Trump’s various legal entanglements. Sometimes his predicaments are complicated or convoluted affairs. The Russia investigation, for example, required Americans to navigate a tangled web of second-tier political operatives and Russian oligarchs. Trump’s first impeachment trial introduced Americans to a wide range of Ukrainian political figures, past and present. Even the January 6 hearings revolve around a motley crew of partisan hacks and fringe legal figures.

Trump’s classified document scandal is, by comparison, easy to understand. The FBI searched Mar-a-Lago last month and found a trove of classified documents there. That material was not supposed to be there, especially since Trump is no longer president. There are no indications that Trump has a good-faith defense to raise—Oops, sorry, these accidentally fell in when I was leaving the White House!—because he and his legal team actually spent several months resisting returning them to the federal government, after which they made false claims that they had already returned them.

I am not suggesting that this is a slam-dunk prosecution, of course, but at least Americans don’t have to learn a long list of names this time. The former president and his legal team have struggled to explain the situation to their supporters or adequately defend themselves. There are signs that one of their only plausible defenses—that Trump had actually declassified the documents in question while he was still president—is finally about to be put to the test by the courts. And there are strong signs that, like so many of Trump’s other claims, this one won’t hold up to scrutiny.

Trump’s legal team has walked a tightrope of sorts on declassification in its filings with Judge Aileen Cannon, the Trump appointee for whom he forum-shopped earlier this month. On one hand, his lawyers have strongly hinted that the classified material that was seized by the FBI might be declassified. On the other hand, they have not actually come out and said outright that Trump declassified anything before taking it to Mar-a-Lago. One idea floating out in Trumpworld is that Trump had some sort of standing rule that anything brought to his residence in the White House was automatically declassified. That could conveniently exculpate him for any criminal mishandling of classified materials right now if it’s true. Cannon, as far as I can tell, never tried to get a clear answer from Trump’s lawyers about this.

Let’s assume for a minute that Trump is telling the truth, and this standing order did exist. Such an order would be an extraordinarily haphazard way to approach classified materials. It would be a scandal in and of itself if national secrets lost their legal protections simply because the president wanted to read them in bed.

It would be a scandal in and of itself if national secrets lost their legal protections simply because the president wanted to read them in bed.

Overclassification is a perennial problem with the federal government. But it is safe to say that at least some of what reaches the president is classified for a very good reason. It might involve nuclear secrets about the U.S. arsenal or foreign capabilities, as some reports claimed. It might allow foreign countries to uncover sources and methods used by U.S. intelligence agencies. It might even let those countries identify U.S. assets that operate clandestinely in foreign governments or militaries.

John Bolton, who served as Trump’s national security adviser, said he had never heard of such an order. Neither had Bill Barr, Trump’s second and final attorney general, who has been broadly critical of Trumpworld’s defenses since the Mar-a-Lago raid. “I, frankly, am skeptical of this claim that ‘I declassified everything,’” he said in a Fox interview. “I think it’s highly improbable.” Barr went on to criticize Trump for his claimed actions. “If in fact he sort of stood over scores of boxes, not really knowing what was in them, and said, ‘I hereby declassify everything in here,’ that would be such an abuse, and that shows such recklessness that it’s almost worse than taking the documents,” the former attorney general said.

Cannon appointed a special master last week, Judge Raymond Dearie, to sort through the executive privilege claims and some other issues surrounding the documents. According to court filings, Dearie has asked the two sides to brief him on some of the legal aspects of the case. One of them is apparently about a Rule 41 motion, which involves the return of unlawfully seized property and whether it is more appropriately filed with the judge who signed off on the original search warrant. In a court filing earlier this week, Trump’s lawyers tried to nix that by arguing that Cannon already implicitly considered the legal question.

The other hint that Trump’s lawyers gave about what Dearie is interested in is more tantalizing. “The Draft Plan requires that the Plaintiff disclose specific information regarding declassification to the Court and to the Government,” Trump’s lawyers argued. “We respectfully submit that the time and place for affidavits or declarations would be in connection with a Rule 41 motion that specifically alleges declassification as a component of its argument for return of property. Otherwise, the Special Master process will have forced the Plaintiff to fully and specifically disclose a defense to the merits of any subsequent indictment without such a requirement being evident in the District Court’s order.”

Again, Trump and his allies have spent the last few weeks claiming that this whole case is a sham and a nothingburger because Trump declassified all those documents. But when given the opportunity, Trump explicitly declined to introduce evidence that he declassified these documents. Why? Because it might be a defense against a future indictment.

To say this is puzzling is an understatement. I do not understand why Trump would not want to give information to the court that might exculpate him of criminal wrongdoing when given the opportunity to do so. If the police arrested you for grand theft auto, and you had paperwork that proved you owned the car in question, why wouldn’t you show it to a court at the earliest available opportunity? It’s not like evidence is something you can only use once.

If the police arrested you for grand theft auto, and you had paperwork that proved you owned the car in question, why wouldn’t you show it to a court at the earliest available opportunity?

A cynical observer (or perhaps just someone who is passably familiar with Donald Trump) might wonder if this means that Trump doesn’t actually have proof that he ever declassified any of these materials. It might even mean that he never actually declassified them at all and that he’s simply muddying the waters here to avoid conceding that he had classified materials after leaving office that he had no right to keep. This would also explain why Trump’s lawyers have carefully danced around whether any of the seized materials were actually declassified. It is not generally illegal to lie to the American people during Fox News interviews. But it can be sanctionable for an attorney to make false attestations to a court while representing their client.

During a hearing on Tuesday afternoon, Dearie did not sound persuaded by the Trump legal team’s evasions. At one point, he noted that the federal government had already provided “prima facie evidence” that the materials were classified by noting that they were marked as such. “As far as I’m concerned, that’s the end of it,” he reportedly added. He also noted that while they can decline to offer proof at this stage, Trump’s lawyers can’t, as Dearie put it, “have your cake and eat it.” That may be true in a legal sense and a metaphysical one. But it certainly won’t stop Trump from trying.

[Matt Ford is a staff writer at The New Republic. Matt Ford @fordm ]