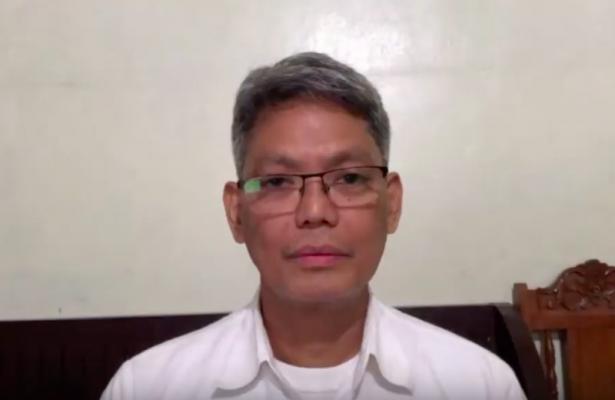 Ferdinand Marcos declared martial law in the Philippines 50 years ago this September.  After decades of struggle, Filipinos are confronting life under the rule of his son, Ferdinand “Bongbong” Marcos, Jr.  “We haven’t learned our lesson,” one former activist and victim told the New York Times.   In this remarkable interview, Josua Mata, secretary-general of the labor federation SENTRO in the Philippines, reflects on the conditions that led to the election of Marcos, Jr., and the lessons for the global movements for labor and democracy.  This interview has been edited for length and clarity.

It would be best for me to start in 2016.  SENTRO was the only union that dared to issue a public statement calling on all worker not to vote for Mr. Duterte, nor for Bongbong Marcos who was running as vice-president, because we had so many experiences with Duterte while he was the mayor of Davao City.  He said, vote for me, or blood will flow in the entire country.  Unfortunately, many workers voted for Duterte.  It took only several months or a year to see he really was not serious about many of the positive things he promised, including ending contractualization in 3 months.  So when people realized that this was all a farce, the union leaders who supported him in the initial days turned away from him and supported our campaign against authoritarianism.  Almost all of the national democratic unions in the Philippines, or those who subscribed to the national democratic ideas embraced Duterte.  The national democratic movement in the Philippines was part of his government in the first 3 years.  In effect, they enabled Mr. Duterte in the first few years of his regime.

It did not take long [for things to deteriorate] because the killing started even before he was inaugurated.  It worsened after he officially launched his war on drugs which led to the deaths of 20,000 to 30,000 people.  Nobody really knows for sure how many perished in this so-called war.  The war on drugs created a climate of impunity which was then used by unscrupulous employers to get rid of unions and union leaders they didn’t want to deal with.  Because there were so many killings, and no one was held to account, it was easy to simply hire anyone to kill us--whether they are policemen, moonlighting assassins, or basically goons.  Killings started immediately and from 2016 to 2021, more than 50 trade union leaders and peasant leaders were gunned down by the regime of Mr. Duterte.  None of these were actually investigated.  One case reached the courts but those accused were only the gunmen, not the mastermind.  We have yet to get a final decision from the courts on this.

The killings emboldened workers and forced the trade union movement to work with other social movements, as a way to defend ourselves collectively.  We built a broad human rights coalition, a broad social movement coalition that would include the biggest peasant organizations, the biggest women’s network in the Philippines, the youth movement, the biggest urban poor groups.  They all banded together with the trade unions and formed what we call a Union of Social Movements.

This coalition is at the forefront of the campaign to stop the killings and on another front, to ensure that democracy is actually defended.  But as you can imagine, as the 2022 elections made clear, many workers still voted for Mr. Marcos.  I think there are many reasons for this.  Certainly, disinformation plays a big role.  But there is also a lot of frustration out there.  Many people feel they did not really enjoy any of the so-called dividends of democracy that were promised after we kicked out the Marcos dictatorship 36 years ago.

A good example is the self-rating of poverty, surveys that ask people, do you feel you are poor or not.  At the time of Cory Aquino, who succeeded Marcos, the self-reported poverty rate was around 40 percent.  And in December of 2020, it was around 43 percent.  So there’s not much change.

This is where the left in general in the Philippines has failed.  The other factor is evident in a survey done by a university in the Philippines.  They found that when asked what characteristic voters prefer in a candidate, 60 percent wanted strong leadership, code for “strong men” with an emphasis on “men.”

It’s clear to me that the left has failed to deepen democracy, even among the working class.  It’s a wake-up call for everyone.  That’s the biggest lesson that we in the movement have to address.  How do we deepen democratic thinking and culture among the working class in a situation where the public education system in the country has utterly failed?  We have an entire generation of voters who are not clear about what happened during the Marcos dictatorship.  They are easily misled through social media to believe those were the golden years of our history.  Many no longer read the stuff they need to read, newspapers, books that are necessary for active citizenship.

Many now rely on social media for their information, which has effectively reduced the attention span of people.  When I started in the labor movement three decades ago, I was always reminded by my mentors when I was studying to be an educator that we should break up the audience every 30 minutes, just crack a joke or something, to keep them focused.  With social media, the attention span has been reduced to, what, three minutes.

And of course we need to make structural reforms because otherwise people will remain frustrated.  And the powers that be in my country will use that for their own ends. Marcos has been brilliant in social media shifting people’s blame from elites like them to enemy elites that they call “the yellow crowd” which would include the Liberal Party, and those who are espousing social transformation.

The challenge now, apart from strengthening the coalitions that we have started and broadening it to bring the youth, and the people who joined the Pink Wave, is to rethink almost everything we have been doing for the past several decades.  Not just our education programs in terms of content and methodology.  We also have to rethink our organizing strategy and objectives.  We spend so much time in fights just to set up the unions, to have an election, to be considered the sole bargaining agent to have the chance to negotiate with the employer.  And then at the end, the employer would just pick and choose which of the provisions of the contract they will implement, which forces us to fight for it again or go to the courts.  When you fight you have to deal with massive repression.  When you go to the courts, it’s their ballgame. It doesn’t actually provide us with the power to check the power of the capitalists.  We need to make sure we are organizing not just for collective bargaining agreements but to transform society.  We need to make sure that the inequalities in our country that have led to so much frustration could be corrected eventually.

We need to think about the way we communicate with our members.  It’s important to relearn how we frame messages, not just for our members but for the entire working class, so it’s easier for them to understand what, exactly, are we saying?

Mobilizations will remain a constant activity as part of what we do as social movements.  It’s a way to mobilize people and to make sure they are part of our overall efforts to transform society, and also a way for us to check our growing power.  It we cannot ask our members to go out there and oppose the authoritarian policies Mr. Marcos would impose on us, that’s a signal to us that we’re doing something wrong.

What do you expect from the Marcos government?

One thing is clear.  Trade unions will be under attack, whether it will be violent or less violent will depend on Bongbong Marcos will do.  It’s hard to figure out exactly what to expect, but the writing on the wall is clear.  His Secretary of Labor is from a union-busting law firm.  The Secretary of Justice is a combative politician who loves to red-tag*.  Bongbong Marcos wants to allay the fears of businessmen.  Will it be as violent?  Maybe not, but that could be more dangerous.  The government will be benign to most and crush the unions.

We need to stop thinking in terms of 3 year electoral cycles.  We should think in terms of decades.  After all, Bongbong Marcos planned his restoration for decades.  Repairing things will take at least a decade.

Marcos and Duterte are sensitive about their international standing. Global solidarity can help: put pressure on the U.S. companies that outsource their call centers; identify the international business interests of the ruling families; carry out the financial penalty against the Marcos family issued by U.S. courts in 1995.  The Biden Administration has prided itself for advancing a worker-centered trade policy. They need to think of all of their policies in terms of workers, not just trade policies.  Whenever they craft any policy related to the Philippines, they should talk to workers themselves.

Karen Nussbaum is a long-time labor organizer and is on the board of Working America, AFL-CIO.  Thank you to the author for submitting this to Portside.