Former Brazilian President Luiz Inacio Lula da Silva has widened his lead over incumbent Jair Bolsonaro, less than a week before one of the most divisive presidential elections in Brazil’s history. 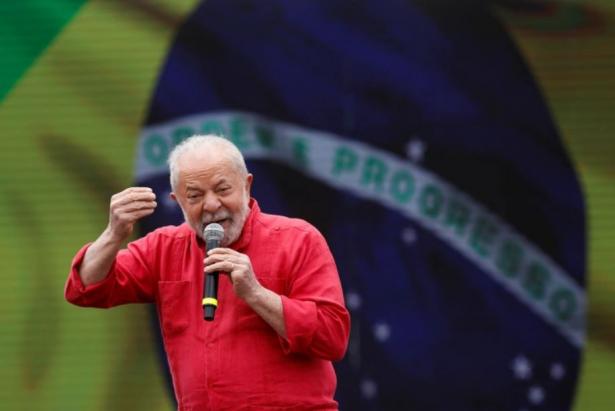 A Genial/Quaest poll released on Wednesday showed Lula, who served as president from 2003 to 2010, with a 13-percentage-point lead over his far-right rival.

In a potential October 30 runoff, Lula’s lead rose to a 14-point advantage, from 10 points a week ago, the poll found.

Brazil remains tense in advance of the upcoming vote, as experts have raised concerns over election-related violence should Bolsonaro refuse to accept defeat.

The former army captain in recent months has repeatedly taken aim at leading Supreme Court justices and alleged – without providing any evidence – that Brazil’s electronic voting system is vulnerable to widespread fraud.

Legal experts have rejected that allegation, while the president’s critics have accused him of sowing doubt in the run-up to the election in order to dispute the results, as was done by former US President Donald Trump, whom Bolsonaro has emulated.

Guilherme Casaroes, a political scientist and professor at Fundacao Getulo Vargas in Sao Paulo, said Bolsonaro has continued to cast doubt on the voting system, as well as recent polling before Sunday’s contest.

“He’s made this clear, several times, that he doesn’t trust the electronic voting machines of Brazil. He keeps casting suspicion over the electoral court. He totally disregards the polls and the polling numbers. So tough times ahead, I’d say,” Casaroes told Al Jazeera.

“Bolsonaro is not willing to accept [the results] and most of his supporters have already stated that they are not going to accept the election results if Lula wins.”

The Genial/Quaest poll on Wednesday found that negative views of Bolsonaro’s government edged up to 42 percent from 39 percent last week, while the percentage of those who see the government in a positive light remained flat at 31 percent.

The incumbent has faced criticism for his handling of the COVID-19 pandemic, as well as the destruction of the Amazon rainforest and escalating violence against Indigenous people in Brazil.

Meanwhile, fears over election-related violence persist after Brazilian police said earlier this week that a 39-year-old Lula supporter was stabbed to death in a bar after reportedly telling another patron about his voting intentions.

The newspaper O Povo reported that witnesses told police a man entered a bar in the city of Cascavel on Saturday and asked who was voting for Lula. A man said, “I will”, and then was stabbed. He died in hospital the same day.

Human Rights Watch said it regrets “one more assassination with an apparent political motivation” during the Brazilian electoral campaign. “Candidates should vehemently condemn any act of violence and promote peaceful elections,” the group said on Twitter.

Brazilian media reported that police in the state of Santa Catarina, a Bolsonaro stronghold, are investigating a second killing that could be linked to politics. On Saturday, a 34-year-old man died after being stabbed in Rio do Sul, a city of 72,000 residents.

Bolsonaro supporters have said on social media channels that Hildor Henker was killed in a bar fight after he voiced his support for the far-right leader.

Earlier in the campaign, a Bolsonaro backer killed a local official of Lula’s Workers’ Party in the city of Foz de Iguacu and there have been less serious clashes between backers of both candidates.

Casaroes at Fundacao Getulo Vargas said on Wednesday that if opinion polls hold true and Lula wins the presidency, he will have “a big challenge, which is to heal the wounds of the country”.

“Brazil is polarised and radicalised like never before, and because of that, if Lula tries to lean way too much to the left, that’s going to cause an even greater polarisation in the country – and that’s definitely not what Lula wants.”