The Landless Rural Workers' Movement (MST) of Brazil had six candidates win state and federal office in the Brazilian elections on October 2. (The presidential race its headed for a run-off). 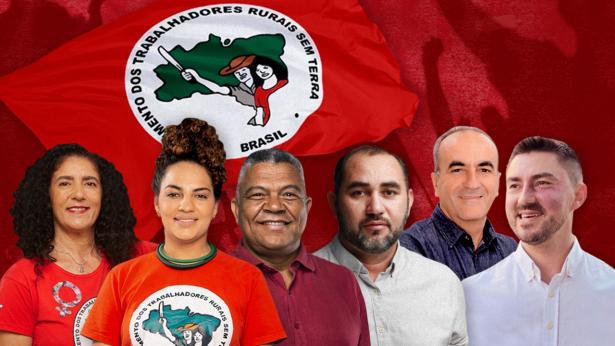 The Landless Rural Workers’ Movement (MST) made history this Sunday, October 2, by electing 6 candidates for state and federal office in the states of Pernambuco, Ceará, Bahia, Rio de Janeiro, and two candidates in Rio Grande do Sul.

The MST launched 15 of its own candidacies for state and federal representatives in 12 Brazilian states. This took place in the same elections in which former President Luiz Inácio Lula da Silva (Lula) superseded current President Jair Bolsonaro by five points.

This is the first time that the Movement is running candidates coordinated by the national direction of the MST, believing that it is not enough to merely change the presidency, but that it is also necessary to promote members of parliament who are committed to building a popular project for the country. Electing a diverse slate which represents the people of Brazil is as important as guaranteeing a basis for governability for a possible Lula government. As Lula did not win over 50% of the vote, he will need to run against Bolsonaro again in a second round.

João Paulo Rodrigues, from the MST’s national coordination, said that the decision to launch candidates came from a need to confront the grave situation Brazil. “I can say that it was a very hard election. After a coup, an election, we were politically victorious, even though we didn’t have the electoral victories we needed,” said the leader after the vote count had finished.

“The MST leaves [this electoral process] with six candidates, six elected state deputies and three elected federal deputies, besides one deputy and another still waiting for a court decision [for validation of eligibility]. In other words, we left much bigger than we entered in this election,” said Rodrigues.

The MST continues to be committed to Popular Agrarian Reform, with the production of healthy food and with the struggle for the working class. The MST now occupies important institutional spaces for the strengthening of our struggle.

“The great challenge now is to reelect President Lula with a great voter turnout and to elect Haddad in São Paulo, besides the candidacies we support in other states [that are running in the second round for governor],” declared João Paulo, who is also part of the coordination of Lula’s campaign for the presidency.

Who are the newly elected MST candidates? 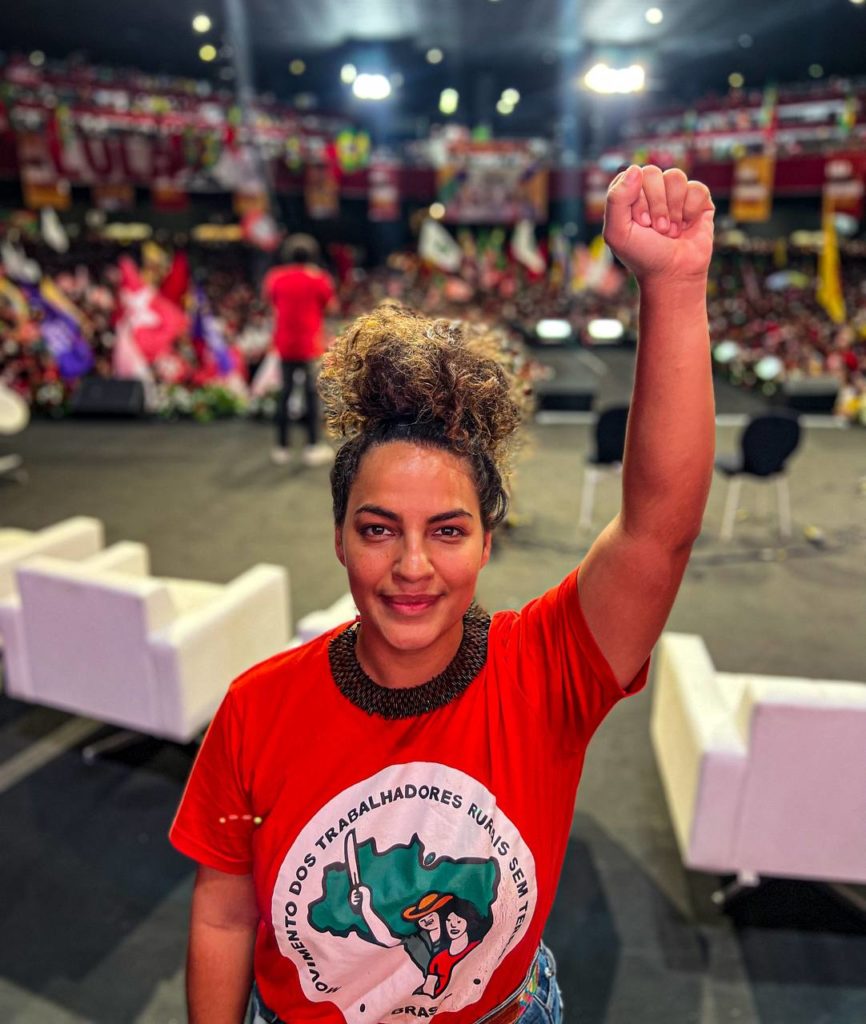 The first MST leader elected this round was Rosa Amorim. She was elected state deputy for the Workers’ Party (PT) in the state of Pernambuco, with more than 42,000 votes. The young woman, who has been a militant of the MST since she was a child in the Movement, was elected represent the people in the Legislative Assembly of Pernambuco (Alepe). Rosa was born in the Normandia MST Settlement in Caruaru in the hinterland of Pernambuco, but lives in the capital of Recife, where she studies Theater at the UFPE.

MST families are now celebrating because Amorim, a 25-year-old landless Black lesbian, will be the first landless person to occupy one of the 49 seats in Alepe. Amorim was the youngest MST candidate in these elections. 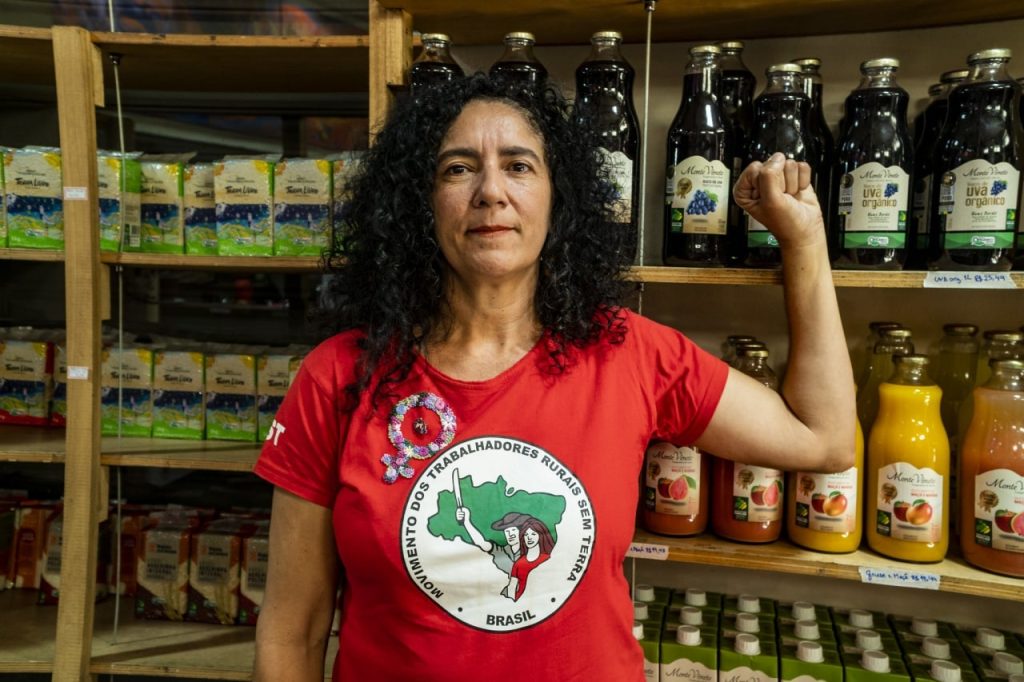 With more than 46,000 votes across the state, Marina of the MST was elected state deputy for the PT in Rio de Janeiro. The mandate will be formed by a broad alliance of people’s movements in defense of healthy food to end hunger, of social rights for those most in need, of democracy, and for women. Marina do MST is from Parana, from a family from Minas Gerais. She moved to Rio de Janeiro in 1996 to help found the Movement of Landless Rural Workers (MST).

“I am a daughter and [have been part of the process of building] the MST and this achievement expresses the almost 40 years of accumulation of struggles that our Movement has. We will carry out this legacy with great responsibility,” said the newly elected deputy. 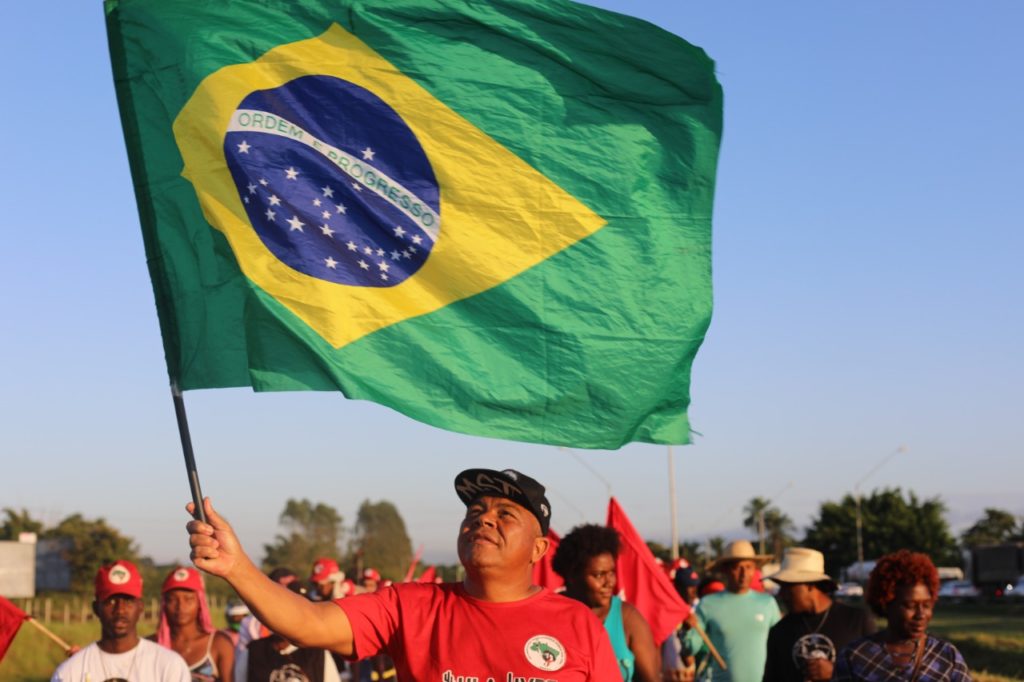 The son of small-scale farmers, Valmir Assunção was born in the village of Nova Alegria, in Itamaraju, Bahia, and began his militancy within the Catholic Church as a youth. From a low income family, Assunção has always experienced the contradictions of capital and the lack of opportunities as a Black and landless person. His fight for rights for himself and his family forged a militancy engaged in denouncing coronelismo [oligarchy] and social inequalities.

Assunção participated in the first struggles of the MST in Bahia, contributing to the grassroots work, organizing families, and occupying lands of large landowners. And now he has been reelected, with more than 90,000 counted, to the position of federal deputy, representing Bahia, the landless people, and all the Brazilian people.

Marcon is elected federal deputy in Rio Grande do Sul 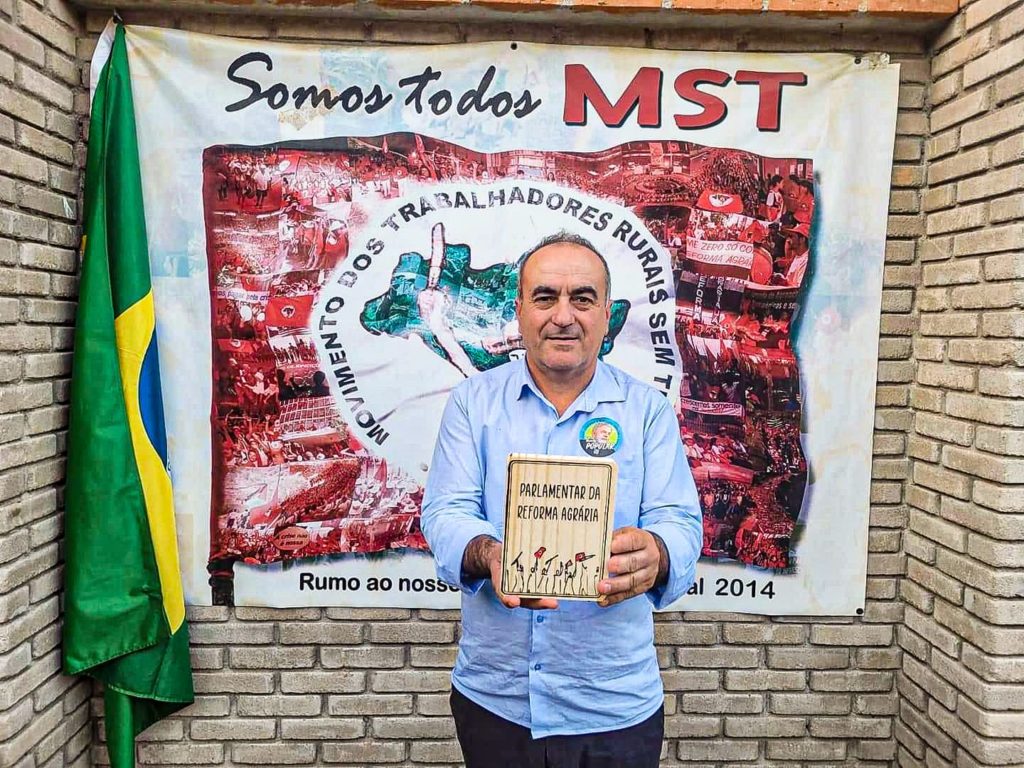 With 122,555 votes, Marcon of the PT has been elected federal deputy in Rio Grande do Sul, representing the Landless people and all the people of Rio Grande do Sul in the Chamber of Deputies. Marcon is an agrarian reform farmer in an MST settlement, born in Rondinha. He started his political career in 1987 as a member of the board of the Rural Workers Union and worked in the Parish of Ronda Alta with Father Arnildo Fritz. He was living in an encampment for 4 years, was part of the MST leadership and in 1994,  he moved to the Capela Settlement in Nova Santa Rita, where he lives until today and is part of COOPAN, one of the largest organic rice producers in Latin America.

In 1998, he was elected state deputy and served three terms until 2010, when he was elected for the first time as federal deputy and now will follow his second term in Congress. In Brasilia, he has already presented more than 180 projects, besides implementing the Participative Budget in the Parliamentary Amendments. His platform is committed to a public administration in defense of working men and women all over the country. 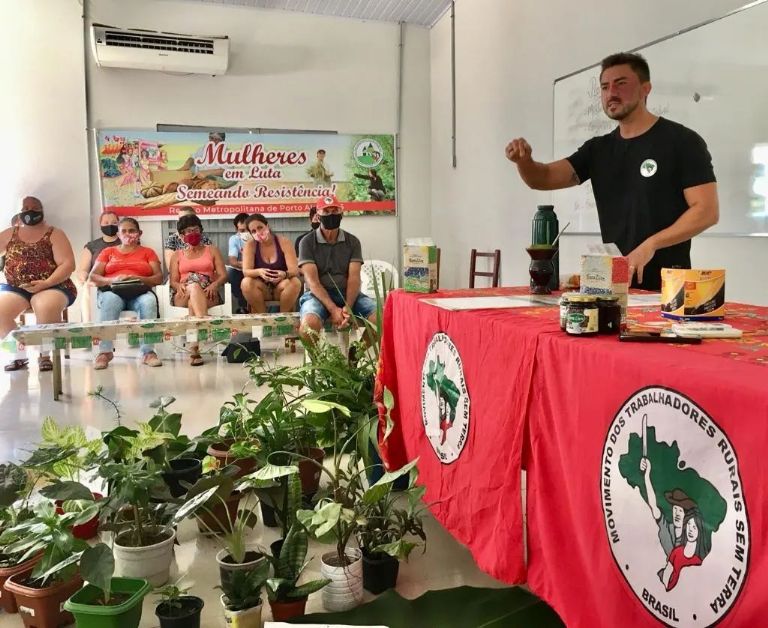 Adão Pretto was the second Landless representative elected in Rio Grande do Sul, receiving 64,975 votes. The candidate elected deputy is a public administrator and former councilman in Viamão. He is the son of former state and federal deputy Adão Pretto and was even a candidate for deputy mayor, representing one of the largest people’s movements in the region, supported by the MST and by movements from the countryside and the city.

Adão is committed to the fight for family agriculture, for the strengthening of Brazilian publich health (SUS), for the end of violence against women, advancing the struggle of youth and students, working to build more jobs, income, housing, and education for everyone.

Missias of the MST is elected state deputy (PT) in Ceará 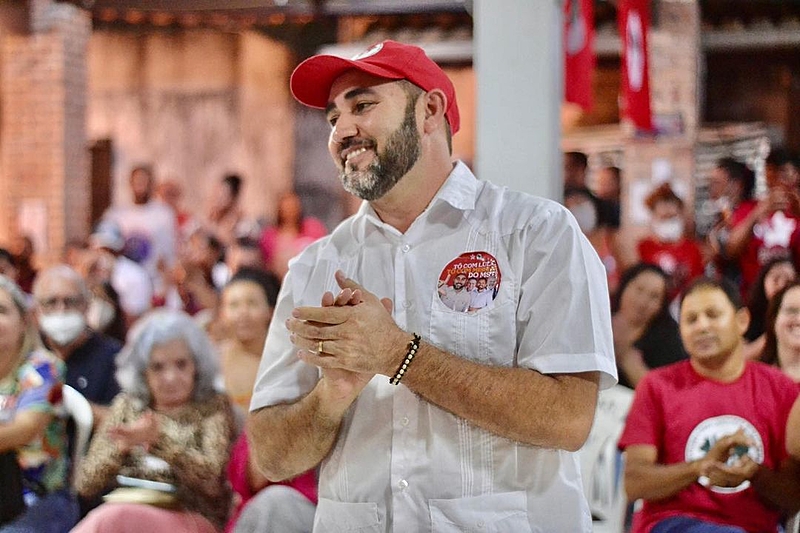 The MST candidate Missias was also elected in the Northeastern state of Ceará, as state deputy for the PT with more than 43,000 valid votes before the end of counting. Manoel Missias Bezerra is an agrarian reform settler, administrator, farmer, and with 29 years of history in the MST, he now represents the Movement and all the people of Ceará in the State Legislative Assembly.

Among his proposals, the candidate also committed himself to developing a “State Plan for Climate Adaptation and to Combat Desertification,” besides managing policies for renewable energies, popular housing, among other important segments for the popular classes of workers in the countryside and in the cities.

This article was originally published by the Landless Rural Workers’ Movement.