Herschel Walker Is Demonstrating the New Law of Politics

Scandals once sank campaigns. Now, for many voters, winning isn’t everything—it’s the only thing. 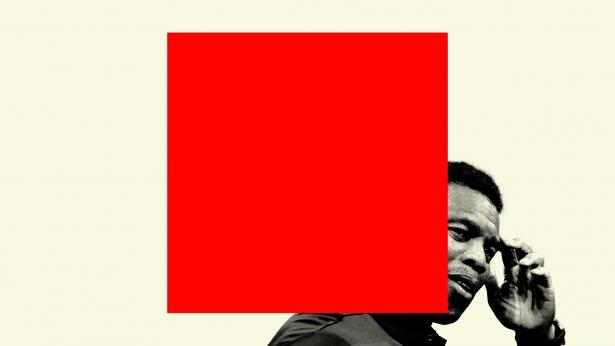 Southern Democrats, Rockefeller Republicans, campaign-ending disasters: Some things that used to be staples of American politics don’t really exist anymore. That’s the result of an era in which nothing means as much as the letter next to a candidate’s name. With voters viewing the other party as an existential threat to their lives or the republic, they seem willing to overlook nearly any personal failing in the name of partisanship.

A good test of this new rule is coming up in Georgia’s race for U.S. Senate. Herschel Walker, the Republican nominee, is facing yet another uproar after a Daily Beast report last night alleging that Walker encouraged a girlfriend to have an abortion, and paid for it, in 2009. Walker denies the report and threatened to sue, but the woman provided the Beast with a copy of a check from Walker, a receipt from the abortion clinic, and a get-well card signed by Walker. Speaking to Sean Hannity last night, Walker offered vague excuses. “I send money to a lot of people,” he said. “I believe in being generous.”

After the story broke, Walker’s son Christian, a young MAGA influencer in his own right, unloaded on his father on social media. “Family values, people? He has four kids, four different women, wasn’t in the house raising one of them,” he said in a video. “He was out having sex with other women. Do you care about family values?”

The elder Walker’s personal life is not merely lurid but relevant to the race because he has positioned himself as a champion of total prohibition of abortions, including in cases of rape, incest, and the life of the mother.

The yawning hypocrisy between Walker’s policy ideas and his own behavior is one symptom of a Republican Party in flux on social issues, and particularly on abortion. In the 1980s and 1990s, the evangelical Christian movement placed conservative social issues, especially abortion, at the heart of the Republican agenda. Not every politician who espoused these views lived them—witness the many GOP participants who condemned Bill Clinton’s philandering despite their own—but their hypocrisy was a political liability.

Republicans now find themselves in a more confusing moment. For one thing, conservatives are struggling to choose a path forward from their long-awaited victory in overturning Roe v. Wade at the Supreme Court. Do they leave abortion policy to the states? Pursue a national ban? De-emphasize the issue amid voter backlash?

More broadly, however, the party faces the quandary of Donald Trump, a man who delivered the conservative Court that overturned Roe after years of failed promises by Republican politicians to do so, and yet who is a chronically dishonest, thrice-married, philandering sexual harasser who backed abortion rights in recent memory and is not religious. Walker followed Trump in combining the censoriousness of the Moral Majority with a total lack of personal moral code.

These kinds of tensions are emblematic of an era when both parties view the other as a grave danger to their way of life and even life itself. If you are convinced that the most important thing is simply keeping the other party out of power, instead of staying home, voting for the other party, or holding your nose about unsavory candidates, you may be more likely to vigorously defend and advocate for them.

Not so long ago, things were different. In 2012, two prominent cases occurred in Senate races that Republicans were expected to win. Both involved exceptions for rape in abortion bans. In Indiana, Richard Mourdock defeated incumbent Senator Richard Lugar in the GOP primary and was poised to go to the Senate when he was asked in a debate about whether abortion laws should have exceptions in the case of rape. Mourdock said no: “In that horrible situation of rape, that it is something that God intended to happen.” In Missouri, Representative Todd Akin seemed on course to defeat Democratic Senator Claire McCaskill when he commented that pregnancy was rare in the case of rape: “If it’s a legitimate rape, the female body has ways to try to shut that whole thing down.”

Though a number of Republicans now openly support bans without exceptions, these views were considered extreme at the time, and the specific sentiments toxic. Both men saw their support collapse. In the end, Mourdock lost to the Democrat Joe Donnelly by almost six points, and Akin to McCaskill by more than 15. Neither state has come close to electing a Democrat to the Senate since.

David A. Graham is a staff writer at The Atlantic.  He won the Toner Prize for Excellence in National Political Reporting in 2021 for his coverage of the 2020 presidential election. Before joining The Atlantic in 2011, he reported for Newsweek, the Daily Beast, The Wall Street Journal, and The National. At The Atlantic, he covers politics and national affairs, and he previously edited the politics section.