The Parkland Verdict Proves the Death Penalty Must Die

The people of Florida have a right and a responsibility to protect themselves from violence. But death sentences have never been proven to decrease crime and violence. 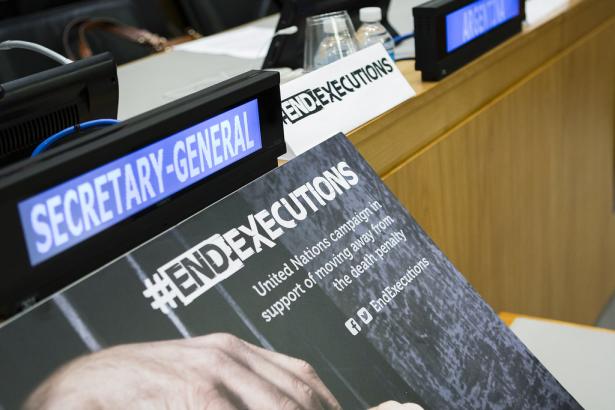 The futility of the death penalty is once again on display for all of America.

After a trial that lasted more than six months—even with no question of guilt—along with more than four years and tens of millions of dollars spent by prosecutors in preparation, the pursuit of a death sentence in the Parkland, Florida, high school massacre failed. A jury of his peers decided Nikolas Cruz should not be executed for killing 17 people at Marjory Stoneman Douglas High School.

The facts are clear; the threat of the death penalty failed to accomplish anything in this case. It did not help those harmed by this horrific crime and it did not do anything to prevent future harm from being committed.

Moreover, this outcome—Cruz spending the rest of his life behind bars—could have been decided four years ago, without the millions of dollars spent, or the added trauma to the victims’ family members and to the Parkland community at large. The state insisted on pursuing a death sentence, knowing full well that even if they succeeded, it would have prolonged that trauma for decades.

As a common-sense conservative, I view the death penalty as another costly, big government program that serves no purpose in the pursuit of justice. We are wasting tax dollars on a broken system and taking resources away from proven violence-prevention solutions. At a cost that is up to 11 times more expensive than other comparable cases, the death penalty drains tax dollars at alarming rates.

Criminologists across the world report that death sentences have never been proven to decrease crime and violence. In fact, violent crime rates are higher, and more police officers are killed, in states with the death penalty than in those without it.

The death penalty is so arbitrary that a violent act in one county could result in years behind bars while a few blocks away in another county, under the discretion of a different prosecutor, the same act brings a death sentence. There are also gross disparities based on race—both of the perpetrator and the victim—when it comes to prosecutors pursuing capital punishment.

Since 1973, 190 people have been freed from death rows due to wrongful convictions. That’s 190 innocent lives almost lost, some of whom came within minutes of their execution. I worry about the innocent lives that may have fallen through the cracks among the over 1,500 people executed in that same timeframe. And as someone who believes that every person is created in the image and likeness of God and that all life, from the womb to the tomb, is sacred, I worry about those 1,500 lives as well.

As a common-sense conservative, I view the death penalty as another costly, big government program that serves no purpose in the pursuit of justice.

We have prison systems that can keep people separated from society when they commit horrific violence, so executing someone when other options are available is itself a crime against human life.

The people of Florida have a right and a responsibility to protect themselves from violence. We’ve learned a lot about the nature of violence, what causes it, and how to prevent it in recent years. But instead of allocating our resources to programs that actually identify, intervene, and prevent violence, we continue to waste money on security theater like the death penalty. The more one learns about the system, the more one begins to see the many reasons why it is time to end the death penalty in America. It does not value life, threatens innocent people, it wastes money, and it is arbitrary in the extreme.For those of us who value small and limited government, there is nothing “limited” about the government being able to kill its citizens, including innocent ones, along with all of the other fiscal and human impacts caused by the death penalty system.

In the aftermath of the murder of a loved one, the most human instinct is the desire to punish those responsible. But as we have seen in the Parkland case, as we did in the Aurora, Colorado, massacre a decade ago, the death penalty gives a false promise of closure and, ultimately, healing. It is a government program that does not serve anyone.

The death penalty does nothing good and should be ended once and for all.

Demetrius Minor is the national manager of Conservatives Concerned about the Death Penalty. He is a preacher, advocate, relationship builder, and a writer working to educate and mobilize conservatives around the systematic flaws with the death penalty.

The truth is a beast. Are you? Subscribe today and gain unlimited access to The Daily Beast.

Demetrius Minor is the national manager of Conservatives Concerned about the Death Penalty. He is a preacher, advocate, relationship builder, and a writer working to educate and mobilize conservatives around the systematic flaws with the death penalty.